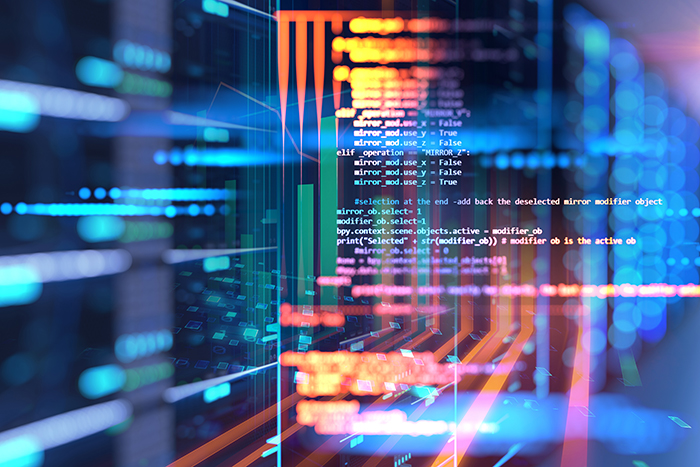 Following the go-ahead from US regulators, a carrier data standards organization, first announced in November, is moving forward on what will be a challenging path toward standards in an industry traditionally resistant to such initiatives.

Maersk, Mediterrean Shipping Co., Hapag-Lloyd, and Ocean Network Express (ONE) are the initial members of the entity, called the Digital Container Shipping Association (DSCA), which is designed to bring uniformity to data protocols among liner carriers. The broader idea behind the association is to allow other stakeholders, such as shippers, third-party logistics companies, ports, and terminal operators to access data and software across all carriers, DCSA CEO Thomas Bagge told JOC.com.

Bagge, an advisor to Maersk’s chief information officer (CIO), will head the new organization, based in Amsterdam, to avoid any perception that DCSA is too closely affiliated with any particular member. Of note, it’s not clear why CMA CGM is no longer involved in DCSA after being included in the original announcement about its formation.

The association said it would initially tackle building “a common foundation for technical interfaces and data,” and that its work would be made available free of charge to interested external parties. Software companies repeatedly told JOC.com they are more interested in carriers providing access to data than they are in carriers standardizing data.

In a conversation with JOC.com, Bagge said the container shipping industry needs underlying standards in much the way the telecom and banking industries have created such standards to enable new digital products. Those comments echoed the sentiments of MSC CIO Andre Simha, during a presentation and Q&A on carrier data standards at the TPM 2019 Conference in Long Beach in March.

“The financial sector agrees on SWIFT [a code that identifies banks worldwide] and that enables a different product velocity,” he said. “We never go to a branch — we can do everything from mortgage payments to shares transactions online. The underlying enabler for that is digital standards, agreeing with how we will work together. That hasn’t happened in the ocean carrier industry.”

Bagge specifically pointed to how standards might one day allow data from physical sensors on containers to be shared across container lines, rather than the current environment where each line individually provisions such devices and shares data only with its own customers.

“Technology has enabled a lot more things that are readily available at a fraction of the price,” he said. “There is such a vast amount of small tech companies we as carriers would love to collaborate with but can’t because we don’t have these standards. We need to have the ability to collaborate with so many exciting startups and not have it be superficial or transactional.”

Bagge said developing standards would allow carriers to function in the same way as those startups, offering more frequent product updates and product upgrades. Responding to the idea that software companies can provide the data interoperability needed in lieu of standards development, Bagge said carriers should not “rely on third parties to do that.”

DCSA said it is open to all carriers and “close collaboration with the entire industry is expected.” Both Bagge and Simha said the thinking behind restricting membership to container lines at the moment is twofold. For one, it enhances the potential for progress, they said, the thinking being that smaller groups can accomplish more quickly.

But there’s also the issue, Bagge said, of carriers needing to sort out their own problems.

“We want to collaborate,” he said. “Large [beneficial cargo owners] have told us, don’t make this a carrier-exclusive initiative. In the beginning, given the state our specific industry, first we need to tackle our own problem. If we involve everyone in the discussion, it’s hard to accomplish anything. Eventually this will include input from trucking companies, and ports and forwarders, and especially BCOs.”

DCSA said it is in discussions with “multiple other container shipping lines around the globe who are interested in joining, and preparations for membership of two companies are already ongoing.”

As with every innovation is