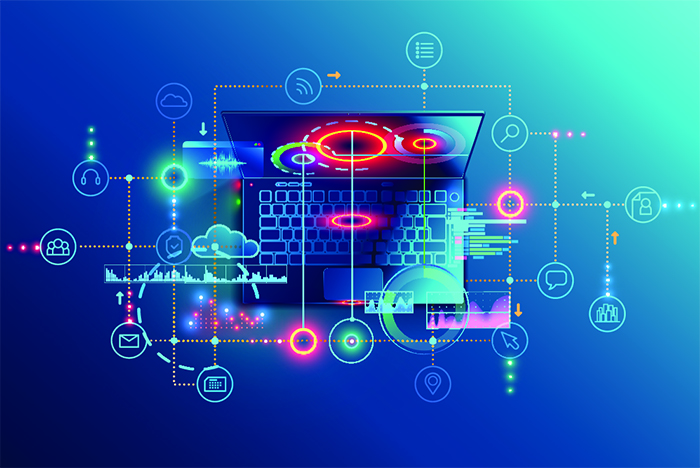 Some believe it’s only a matter of time before venture-backed startups dominate the legacy freight world, but it’s a false narrative that overlooks the overwhelming complexity of the logistics market. Photo credit: Shutterstock.com.

So much of the discussion of the technology in international logistics revolves around startups and the money behind them that the fundamentals of the underlying industry — and how technology is actually having an impact — often get sidelined.

Some wonder, given the billions of dollars in venture capital investment flowing into startups in a technologically antiquated industry, why disruption — displacement of existing players and modes of consumption — isn’t occurring at a faster pace, as it has in some other sectors. The reality is that disruption isn’t where the action is taking place.

The question conflates innovation and disruption. In the taxi industry, no sooner was a key threshold crossed in adoption of mobile access, cloud computing, user experience and APIs — and, of course, availability of venture capital — than Uber, Lyft, and others sprang into existence and quickly disrupted the sector in almost every market where they’re available. But Uber Freight, the online truck brokerage, is achieving no similar dominance amid a crowded field of startups such as Convoy, Transfix, and Loadsmart, tech-savvy legacy brokers such as C.H. Robinson, and platform players such as Amazon that combine e-commerce and logistics.

Similarly, the international freight forwarding space has seen the advent of Flexport, which attracted $1 billion in backing from the SoftBank Vision Fund. Far more than any other startup in global logistics, Flexport has innovated in the areas of user experience, customer service, and leveraging of data. Even so, the company hasn’t cut noticeably into the market shares of large legacy forwarders such as Kuehne + Nagel or Expeditors International.

Some believe it’s only a matter of time before venture-backed startups dominate the legacy freight world. The combination of cloud-native cultures, limitless venture cash, and startups’ ability to attract the brightest talent will inevitably overwhelm the ability of legacy players and their outdated technology “stacks” to survive. Or so the thinking goes.

But it’s a false narrative. Startups inevitably will emerge as significant freight industry players; there are few in trucking that don’t take Uber or Convoy seriously, and Flexport, which is building a large, multi-country forwarding network, is being watched closely by legacy competitors for good reason.

What often gets overlooked, however, is the overwhelming complexity of the market being served. The reason dominance failed to materialize in a pre-venture capital world is the same reason it’s unlikely to emerge now. It’s superficially easy to lump all freight movement into a single category or “industry” and call it freight or logistics, but logistics is nothing if not hundreds of thousands of individual customer supply chains all operating according to their own unique needs, which are in turn driven by their own strategies and the markets they serve.

Add to that with the multiple-​handoff nature of logistics, especially on the international side, where despite some consolidation in various segments such as ocean carriers or marine terminals, the market remains highly fragmented. Combine that with the growing assertiveness of asset-based players such as container lines, and the obstacles to disruption of the legacy industry become all too apparent.

As maritime shipping analyst Lars Jensen wrote on LinkedIn on Aug. 30, “It would be pure folly to believe we will ever see the emergence of one system to rule them all — the all-encompassing supply chain system which fits the needs of all shippers, carriers, logistics providers, banks, etc. will never exist.”

Technology complicates the picture further. A legacy of the freight world is poor quality and siloed data and lack of standards. Blockchain was all the rage two years ago but lost its shine when the industry realized that poor data and a lack of standards could never support a system of immutable transactions. Innovation in cleaning up data, creating data standards, connecting siloed data sets through APIs, and facilitating collaborative workflows is where real progress in logistics technology is being made. But the focus is on solving problems and collaboration, with very little talk about displacing incumbents.

“The only way there will be any real advances in data/digitalization within the various freight industries will be through genuine collaboration amongst the vendors/startups. Too often there is a zero-sum mentality, probably to satisfy ego and investors, which gets in the way of real progress,” Colin Hayward, CEO of freight contract management solutions provider Chinsay AB, wrote on LinkedIn in late August.

The reason the discussion around technology is moving more toward practical solutions and away from disruption comes down to an inescapable reality of logistics, one that will never change: moving freight is hard. It requires knowledgeable and connected people on the ground in far-flung places where freight is moved and where borders must be crossed. People and relationships remain critical, as do physical assets. Automating the fixing of problems is barely on the horizon. Companies that are good at moving freight build trust among customers who don’t easily change providers. In a time when people run so much of their lives from their smartphones, user experience certainly counts for something, but results matter more.