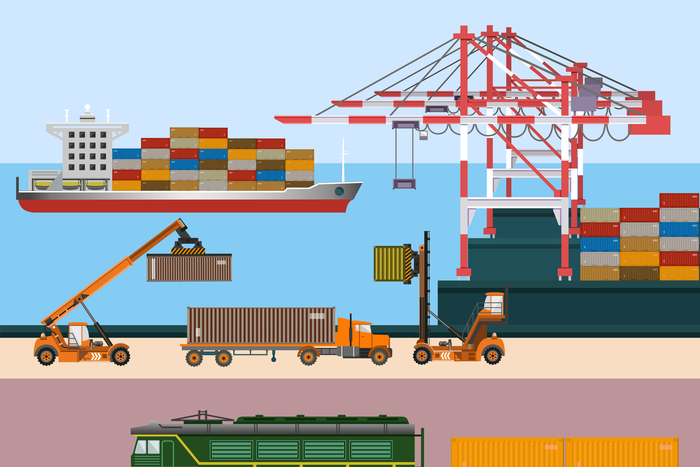 Advent eModal is one of the more established names in terminal operations technology and is present in eight of the 10 biggest North American port clusters. Photo credit: Shutterstock.com.

Logistics software provider Advent eModal said Tuesday it will offer an integrated drayage optimization system developed by Envio 360 to bolster the impact of its eModal product suite, potentially aiding shippers by allowing their drayage providers to use terminal data to aid their daily workflow.

Advent eModal will have an exclusive license to sell the Envio 360 technology as an integrated part of its solutions under the eModal brand. Envio 360’s customers, including digital drayage broker NEXT Trucking, are drayage operators and brokers seeking to more efficiently deploy their assets.

Advent eModal, which says it operates in eight of the 10 biggest US port clusters, competes in an increasingly competitive landscape of technology providers aiming to improve the interface between container terminals and landside operations. Among the companies it competes with are Voyage Control, Blume Global, and GE Transportation, as well as more niche appointment scheduling, asset availability, and cargo visibility solutions.

“We believe drayage optimization represents a key opportunity for efficiency gains in the flow of containers between port and rail terminals, and their inland destinations,” Parvez Mansuri, CEO of Advent eModal, said in a statement.

Envio 360’s system continuously recalculates external dynamics to produce what the system identifies as the most efficient real-time dispatch plan for drayage operators. Such technology is an already established component of the most robust transportation management systems (TMS), allowing shippers to optimize their networks among contracted, dedicated, and spot truckload carriers. TMSs, however, tend to focus primarily on long-haul trucking and, more recently, parcel. Few are proficient in drayage.

Envio 360 said it is designed to integrate with TMSs, whether those catering to shippers, carriers, or brokers.

“As we learned how the innovations underway at eModal could benefit our users, it became clear that the most effective path to commercialization of our solution was to join the eModal platform,” Envio founder and CEO Brian Widell said in the statement.

As part of the integration, Advent eModal said it has launched a new platform intended to streamline the experience for dray fleets and independent owner-operators servicing container terminals, giving them access to visibility and equipment management features.