TradeLens boosts arsenal with addition of Hapag-Lloyd, ONE

TradeLens boosts arsenal with addition of Hapag-Lloyd, ONE 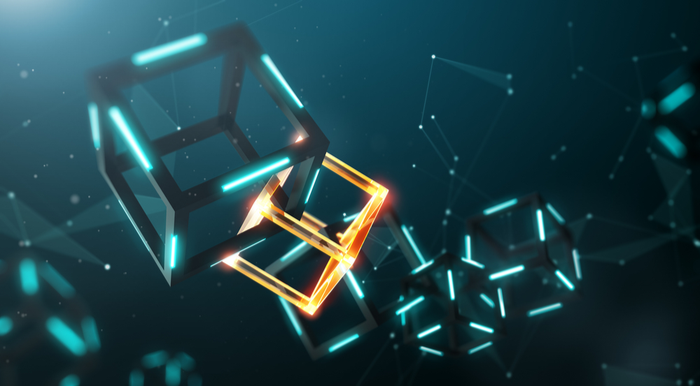 More than 100 parties have joined TradeLens in the last year, including a number of port authorities, customs agencies, and terminal operators. Photo credit: Shutterstock.com.

Hapag-Lloyd and Ocean Network Express (ONE) have joined the Maersk- and IBM-led shipping data entity TradeLens, the container lines said Tuesday, reinforcing the traction TradeLens garnered in late May when it added CMA CGM and Mediterranean Shipping Co. as members.

TradeLens now has five of the six largest liner carriers as members — only Cosco Shipping is a holdout — including six member carriers outside the Maersk umbrella and members in all three of the major global shipping alliances. Together with Maersk and its subsidiary brand Hamburg Sud, TradeLens members control more than 61 percent of global containership capacity, according to maritime analyst Alphaliner.

TradeLens is a blockchain platform intended to allow providers and users of container shipping and global trade data more trust in the information contained within it. Blockchain is often described as an immutable ledger, meaning it is encrypted in such a way as to be tamper-evident, so that if data is edited, all parties with permission to access the ledger would be notified.

The theory behind TradeLens, from a blockchain perspective, is that the distributed nature of connected supply chain parties in different enterprises means there’s an inherent risk of incorrect data being entered into critical shipping and trade documents. As parties rely on the accuracy of that data, those inaccuracies turn into inefficiencies that create administrative costs and can cause poor decision-making.

On a more basic level, TradeLens is a vehicle to digitize document flows on a common platform that have traditionally been passed between parties via inefficient means, such as email, file sharing applications, and even mail and fax.

The problem TradeLens is trying to solve is difficult for many in the industry to conceptualize because it is attempting to be a centralized repository for shipment and trade compliance data while using a technology that is associated with decentralization. TradeLens is a private blockchain, meaning those that join must be granted permission to access the platform (and may only have access to limited information). That’s the opposite of the most famous blockchain, Bitcoin, the cryptocurrency that is public and requires no permission.

Hapag-Lloyd and ONE will join TradeLens as so-called trust anchors — also referred to as “validators” — meaning they will participate in a consensus program that validates transactions and hosts data on the network. Both companies will also be represented on the TradeLens Advisory Board.

More than 100 parties signed in past year

The addition of two more top carriers is a victory for Maersk and IBM, which launched TradeLens in August 2018.

“Expanding digital collaboration is critical to the evolution of the container shipping industry,” Martin Gnass, managing director information technology at Hapag-Lloyd, said in a statement. “TradeLens has made significant progress in launching a much-needed transformation in the industry, including its partnership model. Now, with five of the world’s six largest carriers committed to the platform, not to mention many other ecosystem participants, we can collectively accelerate that transformation to provide greater trust, transparency, and collaboration across supply chains and help promote global trade.”

More than 100 parties have joined TradeLens in the last year, including a number of port authorities, customs agencies, and terminal operators, entities that have a vested interest in receiving reliable data in a single database. The number of beneficial cargo owners (BCOs) that have joined TradeLens has not been disclosed, but the list includes DowDuPont, Torre Blanca/Camposol, Procter & Gamble, Tetra Pak, and Umit Bisiklet, according to the company.

The growing roster of liner carriers on TradeLens is also a signal of carriers’ desire to be more directly involved in the provisioning of data with customers and related parties. Carriers have told JOC.com this year that they have been frustrated by the fact that third-party software providers have created entire business models using the data collected from carriers.

Whether that data “belongs” to the carrier or shipper of record — be it a BCO or third-party logistics provider (3PL) — is in the eye of the beholder. But it’s clear the biggest carriers are attempting to create digital ecosystems where they capture more of the relationship value with shippers of all sizes, from online booking portals, including guaranteed sailing and loading options, to Maersk, MSC, and CMA CGM’s individual investments in container sensors from the startup Traxens.

It’s hard to separate many of the top European lines joining TradeLens in a matter of five weeks as separate from these broader initiatives, including those by Maersk and CMA CGM to become logistics services providers and not just port-to-port service providers. It also represents a total change in perception of TradeLens from 2018, when carriers voiced concerns publicly and privately about joining a for-profit platform designed by a competitor.

Maersk and IBM have repeatedly said TradeLens is designed to digitize data and create more trust in that data, and that outside developers will be able to design applications on top of that data.

“TradeLens offers supply chain visibility, ease of documentation and the potential of introducing new products on top of the platform,” said Vincent Clerc, chief commercial officer, A.P. Moller-Maersk. “These attributes bring new opportunities for the Maersk transformation towards becoming an end-to-end container logistics company improving the experience and services we offer the customers.”