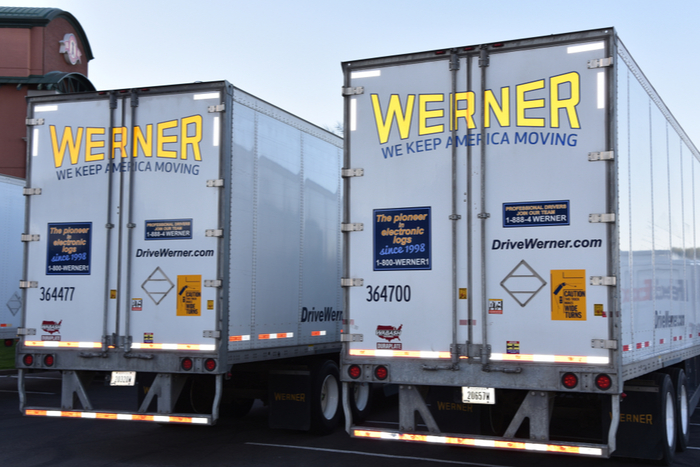 Trucker Tools has made inroads in the broker industry as a tool to expand capacity reach into small fleet and independent driver pools typically outside their reach. Photo credit: Shutterstock.com.

The brokerage division of the asset-based truckload carrier Werner Enterprises has begun using software from Trucker Tools to augment its reach into small trucker pools of capacity.

Werner’s use of Trucker Tools is another sign that brokerages are eager to use technology to merge their own known capacity networks with those of the less structured and more fragmented small driver populations. Other brokers that use Trucker Tools include Schneider, Choptank Transport, Genpro, and England Logistics.

The software accesses more than 900,000 drivers connected to Trucker Tools’ driver app to provide visibility data, marrying that with broker customers’ loads to signal load-matching opportunities. For some customers, Trucker Tools also offers “book it now” functionality, whereby drivers can accept a load within the app.

“When you look at small carriers, they value simplicity given they often utilize multiple logistics providers,” Andy Damkroger, Werner’s associate vice president of logistics strategy, told JOC.com. “Rather than us trying to condition them to adhere to our processes, we go to where they’re at, and use the technology they’re already comfortable with.”

Damkroger said Werner will use Trucker Tools to provide an interface to its brokerage for those small carriers. “The differentiator is how we go about addressing [the small carriers’] needs and how we use technology to make those needs actionable. Werner has a great brand in the shipper community and this partnership helps us leverage that brand to connect shippers to a carrier segment that we think we were underserving.”

Werner’s brokerage is part of its logistics division, which accounts for about 20 percent of the company’s annual revenue.

In a statement, Damkroger said Werner’s advisory board of independent operators directly advocated for it using Trucker Tools. The software is in use by 140,000 small fleets in North America, according to Trucker tools, and allows brokers to access that capacity without developing and marketing their own apps to small drivers.

“We are very conscious of app fatigue; it’s a common complaint from truckers,” Damkroger said in the statement. “So, while people are tired of constantly getting asked to download another app, they’re not tired of great apps.”

The app conveys truck locations every five minutes using GPS technology native to a trucker’s smartphone. It’s free for independent truckers and small fleets as a legacy of Trucker Tools’ origins as an app developer for drivers. Large fleets tend to have their own tools to connect with drivers and provide them amenities.