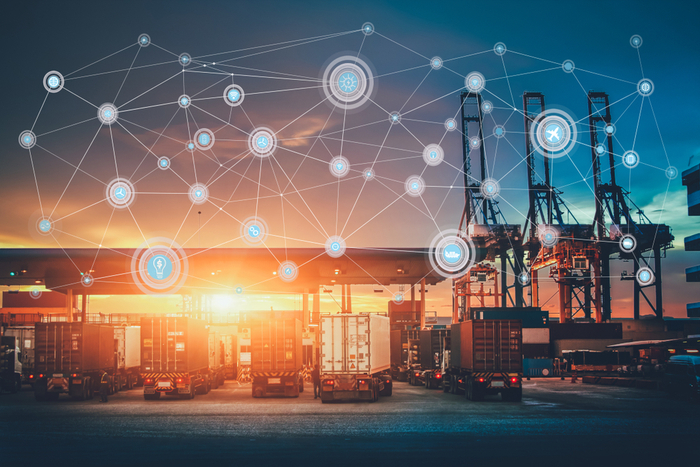 Mid-sized forwarders and non-vessel operating common carriers (NVOs) rarely have the internal resources to compete effectively on technology development with well-capitalized third-party logistics providers (3PLs) and software vendors. One alternative is to partner with those vendors to guide product development in a direction that suits their businesses.

For instance, the New York-based NVO OL USA on Tuesday launched a new visibility platform called OL Move, built by software provider Blume Global. Although Blume’s visibility software is multi-tenant, meaning it offers the same core product to all users, the platform can be tailored to create an experience for its customers’ customers that feels unique.

“It allows us to go toe-to-toe with some other organizations in the trans-Pacific,” Alan Baer, president of OL USA, told JOC.com. “We don’t have their volumes, but we can deliver the same experience to our mid-sized to upper mid-sized customers.”

OL Move provides visibility across all the modes OL USA handles for its customers, from origin services to ocean freight and air freight, to drayage, intermodal, and some domestic.

“By and large, most of our customers have their own internal systems, but when it comes to transportation, they’re relying on us,” Baer said. “Depending on how large the customer is, we’re building an interface with our system and theirs. When you look at someone bringing in 400 TEU a year, that responsibility falls to us a lot.”

The Blume software is designed to not only track freight, but proactively identify alternate options if there is a disruption. Blume has been seeking to move beyond being seen as a pure visibility provider and instead as one that powers more execution-oriented decisions. Baer, for instance, said the new platform will largely replace existing purchase order management and transportation management systems his company used.

Seeking out a single solution

One selling point, he added, was a desire to find a single system that captured all the modes OL USA managed, instead of piecing together visibility data from multiple systems.

“People who are import-heavy, they have specific tasks and functionalities,” he said. “But we needed something we could also take to our export customers, because they are as interested in visibility now as importers.”

Having unified information on shipments enables OL USA to work with its transportation providers and other partners, such as distribution facilities and equipment depots, more effectively, Baer said.

“As soon as the trucker picks up a box from the port or an inland depot, they can update the dispatcher through the app,” he said. “We can pre-alert the warehouse that the trucker’s on the way. Customers can measure their cycle time from the moment it’s picked up at the factory to when it’s delivered.”

The ability to tightly define when shipments will hit certain milestones, as well as total transit times, allows OL USA to provide a service to shippers beyond just security freight capacity.

“We had one customer delivering into a retailer that had put [total transit] at 45 days and had figured their cost of capital on that,” Baer said. “We measured 37 days, and that impacted the price they could charge for the product. You go back a few years, and the capability didn’t exist where anybody could pull this all together. Blume has been able to aggregate that in the background through development and acquisitions.”

Baer said the broader goal of updating OL USA’s technology was based on the idea that visibility is “front and center” for the freight industry. “We knew we needed to have a sharpened focus from the moment our customers create [purchase orders] to a distribution center (DC) or to an end-customer if they use a DC-bypass strategy.”

He added that the ability to use visibility to affect shipment execution is also a differentiator for OL USA, when coupled with the expertise of a person.

“Say you build a lane model for a customer, and you anticipate that Shanghai to Dallas takes 20 days,” Baer said. “You build in a tolerance of two or three days. If there’s a typhoon in the Pacific, or rail congestion, or the supplier was four days late producing the product, you’ll get alerts as that’s progressing through. The system will say, ‘You have out-of-balance moves, do you want to shift to another option?’ The operator will get involved and say, ‘Here’s what happened; do you [the shipper] want to shift to an alternative, or go with 53-foot trailers, or stick with the four-day delay?’ It’s those types of alerts that let our operators take over when they need to.”

Blume CEO Pervinder Johar said OL USA has proved beneficial because it showed the value of viewing a customer as a “co-innovator” and that the platform could be adapted as a white label solution.

“What we’ve focused on is getting past the diagnostic of knowing where things are without the cure,” he told JOC.com. “It’s not just end-to-end visibility, but first- and last-mile execution. This has been a validation of the platform. The trend continues to be that the customers of our customers are demanding more visibility, more precision, and more access to information.”