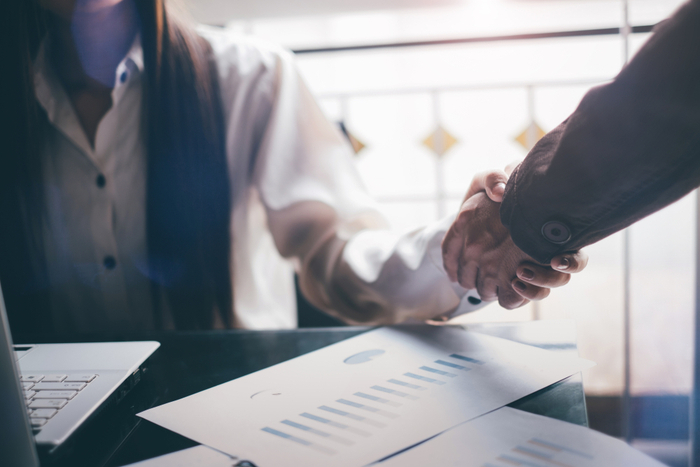 Visibility software vendors say increased customer demand is forcing a change in the way the benefits of data are shared among shippers and their service providers. Photo credit: Shutterstock.com.

US domestic freight visibility providers are shaking up the traditionally one-sided approach to data — one that has largely focused on allowing cargo owners to track their shipments — by sharing the benefits with those shippers’ suppliers, customers, and carriers.

While the scope of visibility has widened from simple location services to include aspects such as the condition of the freight and predicted estimated times of arrival (ETAs), a potentially more impactful change is the idea that the same visibility data can benefit multiple parties.

For instance, two of the more recognized names in domestic freight visibility, FourKites and project44, both Chicago-based, are heavily emphasizing the role that visibility can play in putting a shipper in the middle of its network of suppliers and customers.

Think, for example, of a packaged foods manufacturer that needs to coordinate inbound shipments from suppliers and outbound shipments to retail customers. In an old visibility model, the manufacturer would have used data for its own purposes, but its visibility would have been restricted to shipments it directly organized. That would have excluded vendor-managed inventory, where the freight transportation is managed by the supplier, or situations where the retail customer organizes outbound transportation.

Coordinating these relationships through visibility data has theoretical benefits to all parties. It reduces delays at receiving facilities, which ties up physical resources and labor at those facilities, and often results in detention penalties to the responsible shipping party. But more broadly, heightened end-customer demand is driving the need for shippers to integrate these transactions more tightly, solutions providers say.

One example is a pilot FourKites conducted in 2019 with the Trading Partner Alliance (TPA), a 10-year-old entity formed by the Grocery Manufacturers Association (GMA) and the Food Marketing Institute (FMI) to develop a shared retailer-manufacturer agenda on supply chain efficiency issues. The pilot identified why shipper receiving facilities encounter excessive dwell times. The impetus was clear: Shippers not only face inefficiencies when carriers are forced to wait to unload cargo, but also have to pay penalties.

The study, which FourKites shared with JOC.com, linked better visibility data to opportunities for improvement in how loads were being scheduled across time slots throughout the day and by day of the week.

“Our data displayed a median dwell time of 2.6 hours for full truckload and 2.1 hours for less-than-truckload, but those numbers fluctuated significantly over the course of a day and a week,” the report said. “For example, we observed a direct correlation between overbooked days and time slots and increased dwell times at delivery.”

The report also noted that “many automated scheduling systems simply consider the maximum or permissible number of appointments per timeslot or day,” and that “adjusting them to better account for variations in key complexity plays an important role in further diminishing dwell times.”

FourKites, in determining the importance of having visibility into specific route and carrier combinations with higher dwell times, said shippers should work with carrier partners to improve on-time performance. The software company, which has predominantly focused on building its platform through luring shippers as customers and then pulling in those shippers’ networks of carriers, said it developed a carrier performance dashboard tool to provide that visibility as a result of the study.

Customer demand at the root

project44, meanwhile, has long theorized that heightened end-consumer demand on retailers will translate into the need for those retailers to share visibility data more proactively and effectively. The company’s collaborative visibility feature is intended to allow parties to invite their own network to share information on a shipment, even if those network participants aren’t project44 customers.

“Once on the network, both parties are able to choose what can be shared and who it can be shared with,” project44 says in an online description of the feature. “Both parties are also in control of the analytics shared in the relationship. Once connected, you gain the ability to send and receive order and shipment data to anyone regardless of their visibility partner.”

The service is provided free of charge, but there, of course, are benefits to software providers with such an approach. Collaborative visibility products enable providers to vastly expand their reach. Instead of a single shipper as a customer, the software provider would then have a relationship with every entity that interacts with its customer. The benefit then becomes access to more potential customers, more data, or both.

Although FourKites and project44 dominate much of the current conversation around visibility, especially in domestic freight, they are far from the only software vendors eyeing up opportunities that benefit multiple parties.

ClearMetal, which focuses on international freight visibility, told JOC.com its users have been leading it in a direction of better collaboration with suppliers and downstream customers. CEO Adam Compain said the effect of instant e-commerce is percolating into business-to-business relationships, and that manifests itself in the need for better real-time data for shipments.

A shipper of farm supplies, meanwhile, told JOC.com that collaborative visibility is on her company’s list of priorities as it manages multi-stop loads to its retail customers. The trick, she said, is in giving each customer the appropriate amount of visibility data without allowing other customers to glean that information “because they’re competitors.”

Why so much data now?

The proliferance of visibility data can, in some ways, be tied to two developments: the electronic logging device (ELD) mandate by the US government, which ties tractor location and other truck telematics data to internet databases; and driver smartphone apps, which allow loads to be followed based on the driver’s location and not just via electronic data interchange (EDI) messages.

Apps similar to those offered by Trucker Tools, and more recently Konexial, along with dozens of proprietary broker and trucking company apps, mean location data is now out there to be had. As the agricultural product shipper told JOC.com, whereas three to four years ago, shippers shied away from having to go into yet another portal to manage discrete pieces of data, “now people are not put off about going and getting the data themselves.”

Chris Kirchner, CEO of San Francisco-based supply chain orchestration software provider Slync, told JOC.com this week that “surfacing underlying data” is no longer as valuable to shippers and third-party logistics providers (3PLs) as contextualizing that data within existing processes. At a session at JOC’s LogTech19 Conference in Las Vegas in September, Kirchner argued that visibility data itself was becoming commoditized, and that the application of such data to resolve disruptions was where logistics enterprises were willing to pay for value.

The rise of orchestration platforms, such as Slync or San Francisco-based Turvo, is based on the notion that visibility data is a piece of the puzzle, not the entire puzzle, and that shippers and 3PLs need data-agnostic layers to make sense of visibility data. Both project44 and FourKites have aspirations to be truly global, multimodal visibility providers, even if both software programs have distinct geographic and modal strengths and weaknesses right now.

But all these vendor developments are based on the idea that it’s hard to draw a visibility benefits boundary around one user at the expense of other parties. A shipper can’t, and shouldn’t, expect to glean all the value of visibility without its carriers and trading partners getting some connected value.