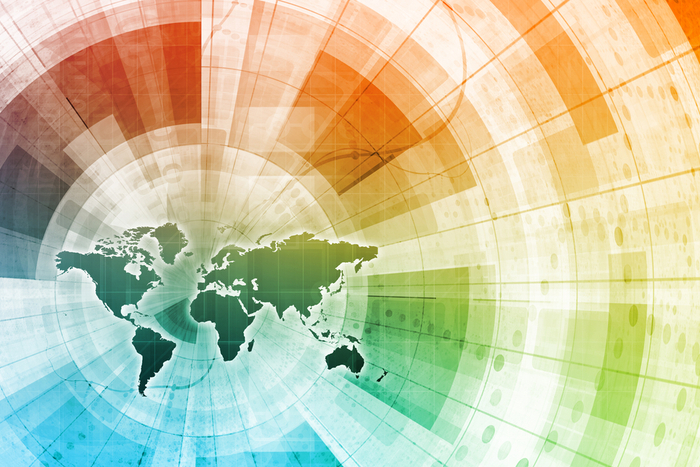 The visibility market is increasingly crowded by niche providers, which target modes or regions, and those aiming to be single point end-to-end providers. Photo credit: Shutterstock.com.

The Chicago-based provider, initially known for its prowess in the less-than-truckload space and for developing logistics-focused application programming interfaces (APIs), on Tuesday announced the new capabilities for shippers and logistics providers. In doing so, project44 is moving from competing primarily with fellow domestic freight-focused visibility solutions, such as FourKites, MacroPoint, and 10-4 Systems, to those endeavoring to be truly global and multimodal in nature, such as Blume Global. FourKites has similarly broadened its ambitions to focus on multimodal visibility in recent years.

The landscape is in perpetual motion, as visibility solutions providers carve out niches based on mode, region, or vertical, or pursue broader ambitions such as project44. In a sense, project44 has gone back to its roots of API promulgation to address the demand for data coming from its shippers' customers.

“We can’t rely on any one source of information to provide the data we need,” Raji Bedi, senior vice president of product at project44, told JOC.com. “Whether through a direct feed or through a partner, we connect to everything. We have some great partners, but sometimes we go direct. We love that flexibility.”

Bedi said the advancement of project44 in new modes is driven by its shipper customers, companies that manage global supply chains and want a single system to manage multiple modes. That need has changed little since global visibility platforms emerged in the 2000s, driven largely by solutions providers like GT Nexus (now called Infor Nexus) and CargoSmart. The difference now is the APIs can more quickly convey the status of in-transit cargo than electronic data interchange (EDI) ever could. And, theoretically, the more quickly information is available, the more actionable that data is.

That means shippers and third-party logistics providers (3PLs) can make contingency plans, and that systems providers can use data to update predictive estimated times of arrival (ETAs). Both of those functions have transformed the usefulness of visibility from supply chain monitoring to supply chain decision-making.

“To build a supply chain that can withstand today’s unexpected challenges and prepare our business for the future, we need to derive intelligent insights across our logistics network,” said Gregory Pritchard, head of global logistics and Japan/Asia-Pacific distribution, for US-based biopharmaceutical company AbbVie. “This means one unified view into our shipments regardless of where it is or how it’s getting there."

Tracking high-value cargo in the air

The new airfreight visibility capability specifically fills a gap for shippers of high-value cargo, while the European groupage visibility caters to shippers of over-the-road shipments weighing up to 2,500 kilograms, according to project44.

project44 executives shared that the company has made significant inroads with shippers in the past quarter. Its website lists Bayer, Bosch, Dollar General, Electrolux, Johnson Controls, Loblaws, Owens Corning, and Technicolor as customers, among others. That speaks to a lack of universality in demand for visibility as a standalone product. A number of shippers have told JOC.com they believe visibility ought to eventually be bundled with a transportation management system (TMS) or with the broader services of a 3PL. Aside from serving shippers directly, project44 also supplies 3PLs with visibility to offer to their customers, and has set up direct integrations with a number of major TMS providers, such as SAP, Oracle, Blue Yonder (formerly JDA Software), and BluJay Solutions.

The visibility market is sprawling and defined largely by two dimensions: the primary target market (either shippers or 3PLs), and whether it provides multimodal capability or niche capability. FourKites has focused on the shipper community and, for instance, last year partnered with Ocean Insights to offer integrated ocean visibility. Blume Global has taken a similar multi-modal approach to project44, although with a starting point that centered more around international modes.

project44 said it has also extended its reach into ocean freight visibility, a process it has been tackling for more than a year via direct API feeds with carriers able to provide such connectivity, Andrew Sisto, senior product manager at project44, told JOC.com.

“One of the challenges is what do we do when we have duplicate data sources, which is way harder than if we have one data feed,” Sisto said. “If one party gives you data showing an event happened but it’s an earlier timestamp than another source, you have to reconcile that.”

“We reference their API document and use that as guiding principles and it’s great to see them converging around a standard,” he said. “Every carrier is kind of different. They’re all on a different curve when it comes to tech adoption, and that includes making data available through APIs. We’ve connected where they are available. But there’s no doubt all these carriers will continue to adopt these new technologies and DCSA is helping them formalize an approach.”

Bedi, meanwhile, acknowledged that the visibility space is as crowded and competitive as ever.

“Depending on the segment of the customer — the size of the company, the vertical — we encounter a very different competitive landscape,” he said. “There are many niche products out there that cater to a niche vertical, and they are fantastic. And in many cases, we partner with those companies.

“But we really feel you need a unified system and need the modes to speak with one another and that’s what we’ve been focused on,” he added. “The depth and breadth of the product continues to evolve.”