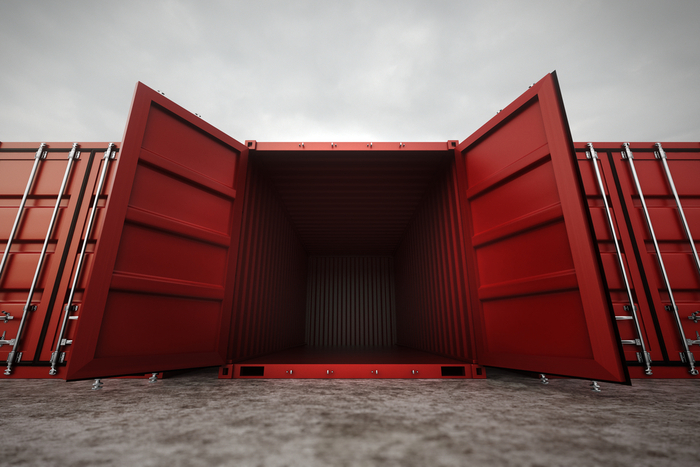 Some visibility providers have taken the approach that the container lines are best suited to invest in sensor technologies over forwarders and shippers. Photo credit: Shutterstock.com.

The need to better track their containers and the infusion of cash from a strong 2020 should, in theory, alleviate some of the concerns shipping lines have historically faced when deciding whether to invest in container sensors, a provider of visibility hardware told JOC.com this week.

Without a guarantee from the market that the cost of investment could be passed along in the form of a premium service, lines have been hesitant to equip dry boxes. Shippers, meanwhile, have largely pushed back against the notion that they should have to pay a premium for better visibility data on their cargo, over and above the cost of the freight transport itself.

But that math is changing after a year in which the COVID-19 pandemic both accelerated the need for shippers to track in-transit goods while also arming container lines with some financial breathing room for the first time in a decade, said Don Miller, chief sales and marketing manager at Globe Tracker, which sells container sensors to shipping lines.

Globe Tracker was finding traction among carriers wanting to invest in container sensors prior to the COVID-19 pandemic. But the use cases became more pronounced in 2020 as the need grew for carriers and shippers to locate containers as a result of strong second-half demand and a shutdown of container manufacturing capacity in early 2020. As a result carriers could more easily justify investment into hardware tracking technology as a means to control their assets better.

That justification will only grow as shipping lines look to turn bumper profits from 2020 into sustainable service investments going forward, Miller said.

“Shippers can go to a forwarder and get visibility,” he said. “But it’ll be marked up, but the forwarder handles it. But increasingly, shippers will go direct to container lines and they’ll price it into their services. This is a pivotal time for [container lines] to transform digitally to control the data they have at sea.”

If anything, the sales pitch is getting easier and the hard part is getting sensor installations done “because lines don’t want to take containers out of service,” Miller noted.

Globe Tracker works with a number of carriers, including Hapag-Lloyd, Ocean Network Express (ONE), Tropical Shipping, and Samskip, through an offering that combines several types of embedded hardware and an associated analytics platform.

No single use case for sensors

The use of container-level sensors to track goods is generally more of a priority in short-sea, feeder, and regional shipping than on long-haul trades due to shorter sailing times and a need to cycle containers more quickly. That means the sensor-based visibility market for dry containers will bifurcate into products that address different use cases for different lines. Globe Tracker targets container lines as customers.

“Short-sea, high-velocity lines are looking to equip boxes with sensors because they want high turn times,” Miller said. “The bigger lines don’t need that speed on most of their lanes. It won’t be the same product for small, regional lines as for large lines that don’t have the same speed demands.”

Miller estimated that fewer than 1 million of the approximately 25 million non-refrigerated containers in global circulation are equipped with sensors to track anything from location to conditions such as temperature, humidity, shock, and security.

There is broader proliferation of container sensors in refrigerated goods movement, he said, primarily due to two reasons: a need to monitor temperature-controlled cargo on a more constant basis, and access to the gensets that power the reefer container itself.

The second element is especially important, given battery life for sensors has been a challenge for hardware makers to overcome at a price that can be borne by the market. Miller estimates 35 to 40 percent of the global reefer container fleet will be outfitted by the end of 2021.

How to Improve OTIF: 15 Tips for On Time and In Full Delivery
END_OF_DOCUMENT_TOKEN_TO_BE_REPLACED