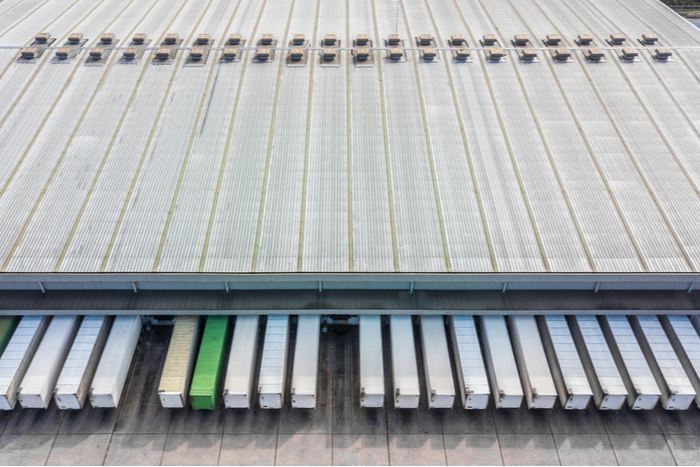 Moving from in-transit and predictive visibility of loads to more predictive and product-level data is increasingly a goal of freight software providers. Photo credit: Shutterstock.com.

Supermarket retailer Meijer has begun using a new product from freight visibility provider FourKites that will enable it to track items at the purchase order (PO) level rather than the shipment or carrier level.

The PO visibility product, which Meijer helped Chicago-based FourKites develop, is designed to allow suppliers to more effectively communicate estimated times of arrival of products to downstream partners and for retailers to extract more granular shipment location information from their suppliers.

“Customers are not necessarily interested in the paths of how [a product] got to them, or what a tracking number looks like, or what a purchase order number looks like,” Paul Thompson, inbound logistics director at Meijer, said last week in a presentation at FourKites’ user conference, where the deal was announced. “They just want to know where their product is.”

Thompson said PO visibility allows Meijer to “figure out the items, not just the shipments, that are causing delays. We’re able to confidently share ETAs by product.”

FourKites said in the statement the product aims to provide data that shippers typically wouldn’t have access to without an inordinate amount of work.

“POs, which might include a single load of freight or hundreds, include comprehensive product details, such as name, quantity, price and [stock keeping unit],” it said. “Absent PO lifecycle tracking, different teams have had to work within multiple systems to painstakingly identify all of the individual load numbers associated with any given PO.”

“We can let the merchants know when a product is arriving as opposed to when the truck is arriving,” Thompson said. In the past, truck-level visibility “translated into our team or their team looking up items to figure out what’s on that truck.”

FourKites’ solution can be operated as a standalone solution or integrated with a TMS. The company started as a provider of surface transportation visibility but has been building its platform to manage tracking across modes.

Thompson said the improved order-level visibility is not just useful for keeping track of freight flows, but it also highlights backhaul and consolidation opportunities that Meijer “didn’t know were there before.”

Abhi Venkataraman, associate director of product management at FourKites, said during the presentation that the software provider focused on making the product configurable so that the product can allow shippers to focus on the metrics most useful to them while tracking shipments in the platform.

She added that FourKites sought to enable shippers to bring data from other systems or internal discussions between teams into FourKites to give context to the visibility data around shipments.

“For so many departments within our customers, the PO is the primary vehicle by which they manage the exchange of goods with their own customers and partners,” FourKites chief product officer Priya Rajagopalan said in the statement.

Global Shipping Outlook: A Sneak Peek at 2021
Port Performance North America: Managing Cargo Flow During a Pandemic — and Beyond
END_OF_DOCUMENT_TOKEN_TO_BE_REPLACED