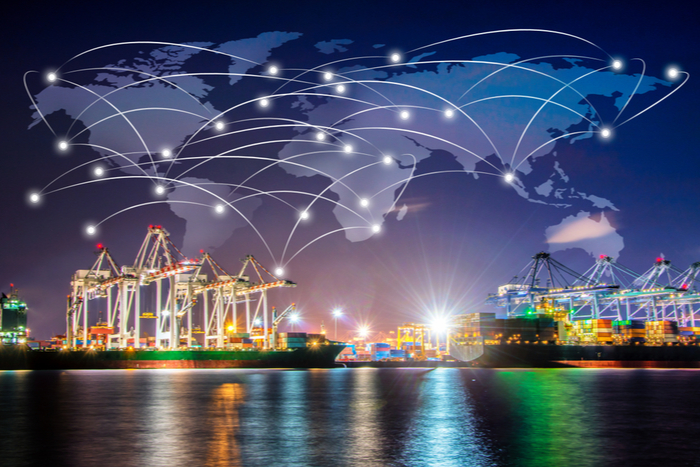 In less than a year, the nine-carrier-strong consortium has mapped standard processes for container booking through return and now visibility events. Photo credit: Shutterstock.com.

A consortium of nine container lines established to develop technology standards in container shipping on Tuesday released a new set of recommended processes and a system interface standard around container track-and-trace events.

The neutral, non-profit Digital Container Shipping Association (DCSA) released the standard “to enable cross-carrier shipment tracking” across container lines, shippers, and third parties, DCSA said in a statement. It’s the first set of standards released by DCSA since its initial blueprint was unveiled in September covering the processes that govern the booking of a container through its return.

“This is the first of many initiatives to be put forth by DCSA to transform inefficient practices and accelerate digitalization through a unified industry effort,” the group said.

The standard published by DCSA is intended to encourage carriers to adopt a single data model, which would allow parties to track data around the movement of containers via any visibility system across any carrier. That standardization relies on carriers adopting the recommendations, although more moderate efficiencies can be had by multiple carriers adopting them. DCSA members include Maersk Line, CMA CGM, Hapag-Lloyd, Mediterranean Shipping Co., Ocean Network Express (ONE), Evergreen Line, HMM, Yang Ming, and Zim Integrated Shipping Services.

The track-and-trace definitions are based on the standards DCSA previously released, “which established a consistent vocabulary and proposed a common set of industry processes.”

The association said the new standard is designed to simplify shipment visibility for shippers across multiple carriers.

“As DCSA standards are technology- and vendor-neutral, every organization providing shipment tracking information to its customers today will benefit by adopting our [track-and-trace] standard, because it will simplify data integration with carriers and improve information quality,” DCSA CEO Thomas Bagge said in the statement.

André Simha, chairman of the DCSA supervisory board and global chief digital and information officer at MSC, said the carrier community is “enthusiastic and committed to advancing industry standards for the good of all parties.”

The formation of DCSA was initially announced in late 2018, but the consortium didn’t come into effect until April 2019 after it received clearance from the US Federal Maritime Commission. The association’s goal is to develop standards that underpin broader use of technology that cuts across container lines, because most shippers and non-vessel-operating common carriers (NVOs) employ multiple lines.

The group is also intent on developing a common baseline of standards and processes to allow container lines to develop digital products that can be used across the carrier community. Current DCSA ocean carrier membership represents approximately 70 percent of the global container shipping market, according to the group.

Both the container booking and track-and-trace interface standards can be freely downloaded from the DCSA website.