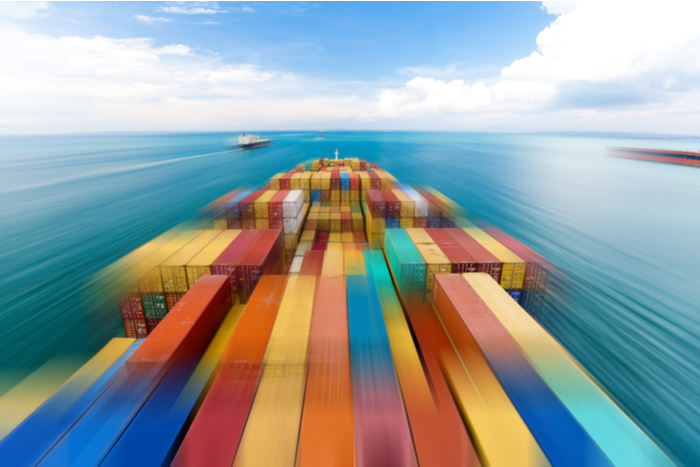 The value of freight visibility software has long been centered around the output of these systems — from container location and status to predictive estimated times of arrival and asset availability — but little attention has been paid to the efficiency of the teams using the software.

Due to a lack of back-end automation in visibility software, shipper logistics teams often spend an inordinate amount of time processing the information provided by such tools, and the data isn’t accurate enough for other transportation management systems to rely on, according to Kevin Valsi, CEO of Los Angeles-based visibility startup OpenTrack.

Valsi and co-founder Martin Hendleman started OpenTrack in mid-2017 with the goal of creating a fully automated visibility tool that would eliminate inefficiencies inherent in current, non-automated platforms and reduce the amount of time and resources spent pulling, aggregating, and contextualizing the data.

“Seventy-five percent data reliability is not good enough,” Valsi told JOC.com. “It needs to be 99 percent or higher ... There are a lot of [business process outsourcing teams] doing it behind the scenes. We wanted to do true automation.”

In looking to fill that gap, Valsi and Hendleman took lessons from their time at Cargomatic, the trucking marketplace-turned-broker that helped kick off the ongoing venture capital-fueled phase of international logistics technology.

“What I saw [at Cargomatic] was that the hardest job in freight is operations,” Valsi said. “It’s the most broken part, too. We wanted to help scale their workflows. Software automation can solve track-and-trace, and it’s a shared problem across the industry, whether you’re a cargo owner, a third-party logistics provider [3PL], or a drayage operator.”

Other ocean freight visibility providers such as Traxens, Arviem, Globe Tracker, and Loginno have focused on building networks based on asset-tracking sensors affixed to containers. Others, such as Ocean Insights and Crux Systems (acquired in 2019 by the forwarder Flexport), track container movement electronically. OpenTrack’s system similarly gathers information on a container’s movement without depending on physical tracking.

OpenTrack has thus far focused on the workflow that underpins US ocean imports. The tool picks up when freight is containerized and the last event it tracks is when an empty is returned to a terminal or equipment facility.

Because OpenTrack’s automated system uses artificial intelligence to piece together container information, it’s not reliant on specific feeds with container lines, ports, or terminals. In seconds, using an identifier such as the container number or bill of lading number, OpenTrack provides status events across all those entities to help shippers or their representatives know if their cargo is available.

“We retrace containers multiple times per day, and more frequently as it gets closer to discharge,” he said. “We set out to produce the fastest possible availability notice.”

The company has an application programming interface (API) that shippers, 3PLs, or drayage providers can use. It can also integrate directly to an email inbox to pull a shipment identifier so the corresponding container or containers can be tracked.

“As soon as you receive an email that references any container number, we’ll pull that,” Valsi said. “Our biggest customers just call our API. All they do is call the [identifying] number. We don’t need any context for the containers.”

To build, or to buy?

OpenTrack has largely been in stealth since 2018, even as it landed some major customers, including a top-five trans-Pacific forwarder and JUSDA USA, the 3PL spun out of Taiwan-based electronics manufacturer Foxconn.

Jack Chang, managing director of JUSDA USA, told JOC.com his company has been using OpenTrack to manage a specific pain point: container per diem costs. Those ancillary fees have fallen from approximately $300,000 annually before using the solution to about $90,000.

Similar to many logistics providers, JUSDA uses software from WiseTech Global as its operating platform. While the WiseTech system, called CargoWise, has a visibility module, Chang said OpenTrack’s data is more accurate and it returns results faster.

JUSDA, which itself is venture capital-backed, handles 20,000 to 30,000 TEU annually for Foxconn, providing time-sensitive, component-level visibility, and direct-to-consumer logistics primarily on shipments to its manufacturing customers in the United States and Mexico.

“I wanted to find different technology pieces to plug into our platform,” Chang said. “We were in a build-or-buy position, but I knew the effort it would take to build this stuff. It takes time to build the connections. We were one of the first few customers [of OpenTrack]. We wanted a team that knew the space.”

Chang said the idea in bringing in another visibility solution was to manage cargo availability issues and reduce per diem spend without having to hire additional staff in the US to track containers.

“We wanted to be able to proactively approach steamship lines, so we asked [OpenTrack] to work on these types of reports,” he said. “Internal operations is the key. We’re the shipper for the manufacturer and we’re funneling that information to them. We’re kicking them reports for what’s available. We’ll run the report twice a day, so they’ll see how many inbound containers will be coming their way.”

The OpenTrack data is then fed back into CargoWise. While tracking and tracing outside of CargoWise might not seem optimal, Chang said OpenTrack is less expensive, on a per container basis, than CargoWise’s visibility tool.

“It’s as close to real time as you can get without hardware actually tracking it,” Chang said.