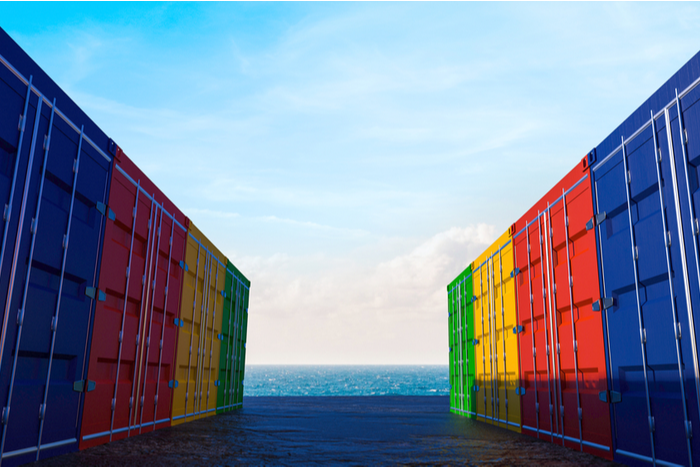 Shippers need to better understand how freight transportation dynamics out of their direct control affect their ability to get goods to customers as promised, Ed Feitzinger, former vice president of global logistics at Amazon, told JOC.com.

That challenge is what led Feitzinger, who served as CEO of global forwarder UTi Worldwide before joining Amazon, to become a board member at logistics software provider ClearMetal, which the company announced Thursday.

ClearMetal’s software is based on ingesting and contextualizing data in a way that provides confidence scores. For instance, a shipper could gauge whether a 13-day ocean transit from South China to Southern California was realistic depending on the ports, terminals, and carriers involved and adjust to another service or adjust the promise date to a customer.

“Shippers like to think of inventory on the water, but if you’re inbound on a [free on board] basis, with high variability, most shippers won’t actually sell that inventory on the water until they actually receive it,” Feitzinger said. “If you’re 95 percent certain it will arrive on that date, then you can make decisions on that, but if it’s 50 percent, probably not. It gives you the ability to make financial decisions, which, for larger companies, can add up to millions of dollars a year.”

The financial justification for investing in such technology is tied to an ability to reduce safety stock, but also to avoid detention and demurrage costs, he said. From an outbound perspective, the goal of ClearMetal is to provide visibility to help shippers better coordinate with customers and internal departments, such as sales teams and the finance department.

“You get a revenue recognition use case when the CFO can be shown that a customer received the product,” Feitzinger said. “It’s very Amazonian in its nature.”

Even before the COVID-19 pandemic, ClearMetal CEO Adam Compain told JOC.com that its users had been leading it in a direction of better collaboration with suppliers and downstream customers and away from strictly providing predictive visibility. He said the effect of instant e-commerce is percolating into business-to-business relationships, necessitating better real-time data for shipments, and context for what that data means.

Compain told JOC.com this week the platform resonates across a number of verticals, but in particular with complex industrial shippers.

“We can help you with core visibility, but for large shippers with heavy international volumes and more complex supply chains, the common things those customers are working with us on is that they want a competitive advantage in the realm of sales,” he said. “More accurate lead times give them better promise dates and let them be better customers. Sales and finance are leaning more into logistics. They’re realizing that maybe they can’t charge more for their commoditized product, but they can retain more sales and customers.”

The goal of tying ocean freight visibility data to customer delivery dates resonates with Feitzinger, who oversaw logistics at one of the most demanding companies in the world, Amazon, before leaving in early 2020. “There’s not a match between what is promised in a bid in terms of transit time and what you end up getting,” he said. “You need access to high-quality data to improve the promises.”

Part of the issue, as it relates to the global logistics components of supply chains, is a reliance on institutional knowledge in lieu of data, he said. That often manifests itself in preconceived notions about which port or terminal is likely to be congested versus which ones actually are. Feitzinger also said that import logistics managers need better data about origin ports “like Chittagong or Colombo,” than they do about widely used destination gateways such as Long Beach, where congestion at any given point is better understood.

“There doesn’t need to be as much variability in industrial ocean shipments as there is, even if there’s more tolerance for longer transit times,” he said.

Global Shipping Outlook: A Sneak Peek at 2021
Port Performance North America: Managing Cargo Flow During a Pandemic — and Beyond
END_OF_DOCUMENT_TOKEN_TO_BE_REPLACED