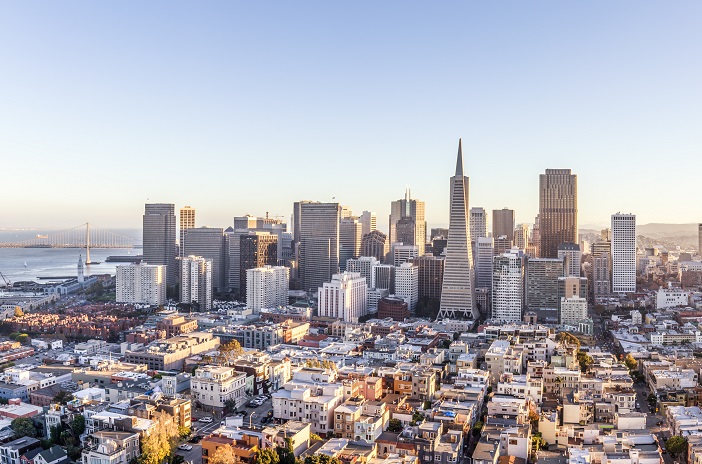 The broader questions when it comes to the compatibility between the venture capital (VC) and logistics worlds are: will the investments benefit end users, and specifically shippers? Is VC funding of startups penalizing well-run, non-VC-backed companies? And do principals at VC funds understand the logistics industry well enough to be placing multimillion-dollar bets in the market? Photo credit: Shutterstock.com.

The amount of venture capital (VC) investment entering the freight logistics market is eye-popping, but it's still unclear to what extent trumpeted software innovation is trickling down to shippers' containerized supply chains.

According to research earlier in 2018 from the strategic consultants Simon-Kucher, more than $2 billion has been invested in logistic technology startups globally, with hundreds of millions more added to that total in recent months. The exact figure can be tricky to calculate, since logistics funding tends to include everything from freight-oriented entities to those involved in warehousing, last-mile/last-touch, and even areas such as food delivery apps.

Without context, this money can look like foolhardy bets on fledgling, non-asset-based companies with little revenue and no reputation in a highly fragmented industry. But it’s important to understand that VC groups have a roadmap in mind when investing in logistics technologies.

And the companies that take on VC similarly understand the model they are using, one that allows them to grow quickly in personnel, geographic reach, and engineering scope, but one that also compels them to sell a stake in their own potential success.

The broader questions when it comes to the compatibility between the VC and logistics worlds are: will the investments ultimately benefit the end users, and specifically shippers; is VC funding of startups penalizing well-run companies that are not VC-backed; and whether principals at VC funds understand the logistics industry well enough to be placing multimillion-dollar bets in the market.

Matt Tillman, CEO of the logistics software startup Haven, quantified the impact of VC on his customers at the JOC Logistics Technology Conference in late October in Las Vegas. Tillman said he is able to turn $100,000 in subscription revenue from a shipper into $1.5 million in value for that shipper. That’s because a start-up software-as-a-service (SaaS) provider is valued by VC groups at roughly 15 times its revenue, so that $100,000 invested in Haven turns into $1.5 million in potential investment in the company by its investors, money that is reinvested in serving the customer since the early phase of startups is built on rapid growth of topline revenue.

There are varying viewpoints of whether this approach benefits the industry. Many in the logistics industry believe the amount of VC flowing into the market is unhealthy, creating a looming bubble in which VC groups will disappear if the economy turns or take their money to the next hot space if it doesn’t. Others believe that even if VC money is creating unrealistic expectations around what software can actually do to make logistics more efficient, the cumulative effect of money flowing into the industry will have a net positive effect.

“Before we make an investment, we’ll sit down and whiteboard how we can meaningfully help the company — that’s where we’ll say, this could be an interesting match,” Santosh Sankar, director of Chattanooga-based Dynamo Venture Capital, a VC focused purely on supply chain technology, said at the Las Vegas event. “If you sit in the seat of a shipper, we’ve seen the rise and fall of large businesses, household names, so now everybody is more proactive. There’s a culture of solving problems using solutions that might be startup-generated. It doesn’t matter who they’re backed by.”

Sankar, whose $18 million fund backs early-stage supply chain software companies, also said that potential buyers of solutions should not necessarily be awed by a multimillion-dollar investment in a software company.

“Just because you see a splashy fundraise doesn’t mean that’s a successful business,” he said. “It’s just one step and milestone in the broader journey. Anyone could be an investor, but what actually matters is helping the founders build a business and harvest the return on the backend.”

Software startups can often get lost in the buzz around an idea and fail to understand why shippers might choose other products in their market, said Julian Counihan, founding partner of Schematic Ventures, a New York-based supply chain-focused VC.

“To be able to break that down and the variables your customers care about — that’s something a lot of startups can improve on,” he said during a panel on how VC firms look at the industry at the Logistics Technology Conference. “Just knowing what the format of VC is, knowing the VC is going to look to take 15 percent of the value of your company. Understanding what the investment round is.”

Does it matter if the VC firm understands its client’s business?

One question voiced among logistics veterans regarding liquidity coming into the industry is the extent to which VC groups (particularly those that are not supply chain-focused) are arming themselves with enough knowledge to make educated bets on certain startups. In other words, are investors enamored by ideas, individual founders, or broader market potential? And does it matter if they don’t truly understand the logistics industry before investing in it?

“The average investor is very talented,” Counihan said. “If they don’t have domain expertise, they know how to find it and hire it. To those folks in the industry, when you see outside faces and they don’t know the vernacular of supply chain, it can look like they’re shooting from the hip. But they’re good at their jobs, and perhaps they don’t need to be close to the industry to make good investments.”

Sankar agreed, saying there are pros and cons to running a dedicated fund for a certain sector. He said the bigger, multi-vertical funds can apply basic principles in horizontal industries to investing. “They’ll find someone who has worked in the industry,” he said.

The flipside, though, is that Counihan said some newer investors find supply chain “boring.”

“We’re excited about it, and that has worked out well for us. If you’re new to the industry and someone is describing their TMS [transportation management system], or whatever layer in the supply chain stack, you kind of have to love the industry to want to dig in.”

There’s also the issue of whether VC funding is artificially pumping up the value of certain startups, to the detriment of companies (profitable or not) that haven’t attracted such funding. The bulk of those companies in which VC is uninterested are established or legacy software companies or service providers, companies that are no longer in a rapid growth stage.

“The level of innovation that’s occurring is mind-boggling and while it comes with a lot of confusion in the marketplace, it also comes with a phenomenal amount of opportunity,” Jon Slangerup, chairman and CEO, American Global Logistics and former executive with FedEx, said at the Logistics Technology Conference. “As Flexport (a digital freight forwarder that has landed $300 million in VC and strategic investment) and all these other companies emerge, we have challenged ourselves internally to say ‘do we have the best platform?’ Is it what our customers need to scale and grow? The answer was no. We’ve invested tens of millions of dollars in the past year-and-a-half to make sure the platform could handle bolt-on technologies. We will be able to offer a robust array, that’s what our customers count on. If we don’t, we lose the race, and we’re no longer relevant. There are many companies like mine that are struggling with the same issues. The bigger they are, the bigger the struggle, because those legacy platforms are hard to change.”

Emphasizing the best of VC-based changes

Sankar said it’s really pointless for established companies to bemoan the impact of VC. “Understand change is afoot, you cannot fight it, but how do you capture certain aspects of this to build your legacy business? You need to be able to explain this to people in a reasonable way, and empower them to go work through this. It’s incorrect to view it adversarily. If you stay ahead of it and are willing to be open-minded and change, you too can benefit from these dynamics.”

Counihan, however, said there is some validity to the complaint that VC is disadvantaging certain companies.

“Company A may drive company B out of business and then go out of business itself, because it wasn’t pursuing a sustainable business model,” he said. “So yes, investment capital can distort the market. But even if they don’t work out, [startups and VC] are pushing the industry forward. Even if new startups are building technology that will never work out, at least some of that technology will find its way into incumbents in the market and that will benefit everyone.”

“We’ve had to grow the business from nothing, so all our focus on customer acquisition and retention are proven strategies,” he said. “When you see companies leapfrog that there’s a tendency to be jealous about that. My tendency is the opposite. When you have companies raising lots of money in the venture side, doing incredible things in terms of growth, it opens the eyes of other investors, and attracts people to this boring space. There’s no room for jealousy, only room for attraction and trying to keep pace with these aggressive, innovative technologies trying to grab pieces of your customer base.”

One area it would behoove shippers to understand is the growth arc of startups as they mature, and the way they are funded during that lifecycle. Traditionally, startups get early-stage or seed funding, then either progress to Series A, B, C, and D rounds that increase in size. Once they reach a certain scale, the companies start getting attention from more strategic investors in the private equity space.

But things are more confusing now — Counihan noted that lines are blurring because of how big VC funds have become. “The venture investment is in growth, not where you are today but where you will be five years from now,” he said. “Private equity [PE] is entirely different. They’re investing on your earnings record. The blurring of the lines comes when VC funds are investing at the same size as the PE funds.”

Sankar said it’s instructive for the industry to think about the spectrum of funding mechanisms available to tech startups.

“Different businesses are suited to different types of financing,” he said. “You could use angel capital for your business. That could be a precursor to raising investment from someone like Julian or myself. When you get into the PE world, you have majority investors and growth investors. Because we need to invest for growth, we need to create a market, and we need to take share. Those are completely different return profiles. You’re dealing with different motivations, personalities, and characteristics.”