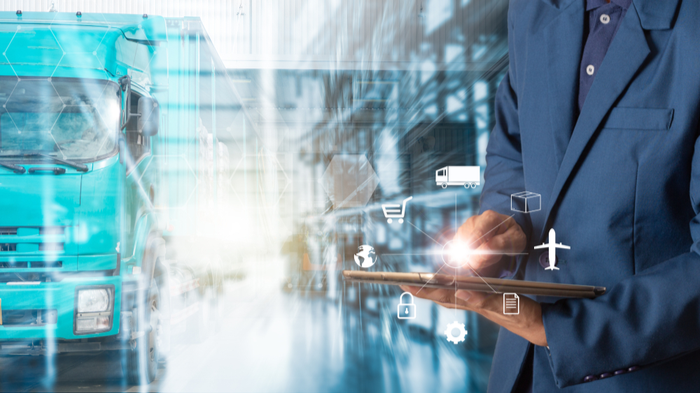 The race to build software for shippers that connects disparate internal and external systems could hinge on the value of the data that cross between those systems.

The company, which snagged a $60 million funding round from venture capital investors in November, bringing its total raised to $91.6 million, was developed in stealth mode until early 2017. It bills itself as a real-time collaboration logistics platform.

“We’re trying to connect people across the supply chain,” Turvo CMO Matt Jubelirer said in a briefing with JOC.com. “There are a lot of point solutions that go deep, but we’re looking end to end at the entire shipment life cycle.”

In essence, Turvo is trying to create a platform that serves as the connective tissue between a company’s internal systems and those of its supply chain partners. In that sense, it doesn’t intend to displace existing systems, Jubelirer said, but rather allow companies to get more out of them. Turvo would be the collaborative space where key data — whether purchase orders, inventory, or shipment information — is stored and displayed.

“The right solutions in this space will go beyond visibility,” he said. “It’s one thing to know something is 10 minutes late, but what’s really important is facilitating the discussion and building the collaboration into the visibility tool. We’ve designed it to be an open network, to connect all these supply chain participants. What we’ve heard from the market is there are a lot of proprietary portals, that companies have to work with once, which means flipping back and forth between a lot of systems.”

The decision to invest in Odyn, itself only three years old, was spurred by Turvo’s desire to incorporate more data directly into its platform, but also to accelerate the process of learning how to more efficiently ingest internet of things (IoT)-generated data.

Odyn’s sensor hardware provides Wi-Fi-based item-level visibility from shippers. It’s designed to work using existing infrastructure through global wireless internet connectivity. Customers attach a device to a shipment or pallet and then Odyn’s system contextualizes the data from the sensor with relevant public and private data sets. Odyn was sold as a standalone platform and now theoretically gets more traction because it’s integrated into a broader set of software.

“There was a lot of customer synergy, and complementary product experience,” Jubelirer said. “We felt there was a need to connect and expose more of this data and allow people to act on it. You put these sensors out in the world to bring exponentially more data. And we wanted to push ourselves to integrate data from sensors faster. Bringing a company in-house accelerates that — it makes us a better provider to work with our IoT device partners.”

Jubelirer added that Turvo customers wouldn’t be beholden to use the Odyn devices. They could use their own sensors and plug that data into the Turvo platform, use the Odyn data, and augment it with another provider, or not use such devices at all.

“We’ve always had an open disposition, but we’re also pushing in places where we can advance things,” he said. “The Odyn solution doesn’t propose to be the ideal solution in every situation. There are sensors that provide more real-time feedback, sensors for more mission critical readings, different modes where they are better off with GPS than Wi-Fi. Our goal is to get more companies with scale. If a customer comes to us with an awesome IoT platform, we’re open to that.”

While some might view the decision to invest in an integrated visibility solution as Turvo diverging away from a neutral data sharing and collaboration platform, Jubelirer had a different perspective.

“When you’re offering the ability to connect companies, you need to realize that different parties have different motivations,” he said. “For some, it might be the connectivity, or they might want more vertical value. As we approach the shipper audience, the idea of data and visibility and collaboration, it’s not just on the cargo movements, but on the inventory management — whether it’s the vendor’s part of the supply chain or the retailer’s part.

Jubelirer gave a specific example of a supplier and its retailer customer. “If you’re a large retailer, the demand from your supplier is that there’s always inventory. So, the supplier builds up a massive amount of inventory on the edges of its supply chain to meet those demands,” he said. “But they don’t know what happens to that inventory once it’s moved to the retailer. With what we’re doing, you can get joint understanding about those inventory levels. What we’re trying to answer is, can we streamline this on both sides so that both parties can see if there’s big inventory levels at a specific location that neither party can see [on] the other side?”

Turvo’s play has been based on what Jubelirer admitted is a longer sales cycle than point logistics solutions typically encounter.

“It’s not a point solution where you plug it in and get done,” he said. “It’s a change management and role management process. We’re not a Band-Aid to a cut, we’re a bridge to the whole supply chain they’re after.”