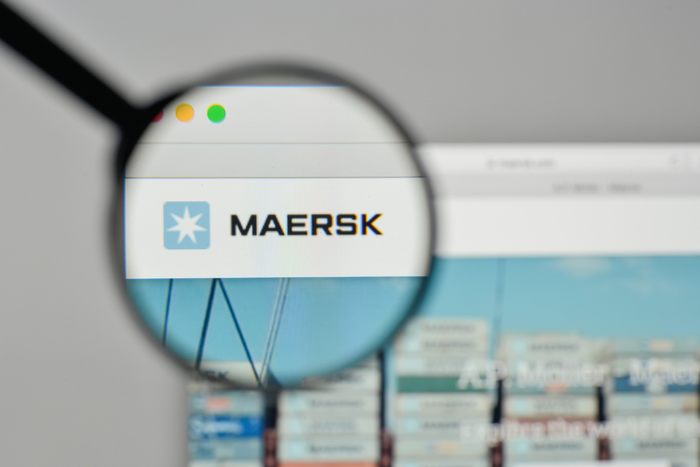 Maersk wants its blockchain TradeLens platform to be a fully diversified driver of revenue apart from its physical liner and logistics operations. Photo credit: Shutterstock.com.

With new members tipping TradeLens into the “critical mass” threshold, Maersk is working to monetize the blockchain initiative by charging cargo owners access to all the data on their shipment. That would give the largest global container line another revenue stream not tied to ocean shipping, furthering its effort to become an integrator.

One of the roadblocks to adoption of blockchain-backed systems is the perception that it is difficult for developers to monetize such solutions. The lion’s share of blockchain enterprise products are still in a pilot or proof of concept stage, particularly in price-sensitive areas such as logistics.

But judging by remarks made around the Copenhagen-based company’s second-quarter earnings on Thursday, Maersk is bullish that it and its TradeLens co-developer IBM will be able to extract revenue for the value the solution provides.

“The concept for TradeLens is that the shippers will be the customers,” Maersk CEO Søren Skou said during the company’s second quarter earnings call Thursday, according to a transcript from Seeking Alpha. “The revenue model will be that shippers will be paying for access to all the data on the shipments.”

Skou said TradeLens currently has eight customers. “All of them [are] big-name companies that, of course, our pilot customers are interested in the new platform because they think it can help to manage their supply chain, improve visibility, make it more efficient, and so on. So that's where we are. We are building towards TradeLens becoming a business in its own right.”

“We are building, if you will, the platform and the network, the ecosystem on the TradeLens platform. It was a very important step to get commitments from some of the largest carriers in the world to join the platform because without the data from the carriers, the platform will not be interesting for the customer,” he said. “So now towards the rest of this year we'll do the work to actually get these carriers on board. We will have about 60 percent of global capacity on the network, then on the platform. We are at the same time building the platform with the land-side participants — container terminals, container truckers, railroads, and so on — so that we get as much of a network coming with as many participants as possible.”

Profit sharing model in the future?

That Maersk wants to monetize its investment in TradeLens should not be surprising, but the industry will be curious as to how it goes about attaining revenue. For one, shippers will be measuring how much value TradeLens creates versus established products that attempt to accomplish some or most of what TradeLens is designed to create, including shipment visibility and a digital repository for trade and logistics-related documents.

For example, JOC.com has learned from various industry sources that TradeLens’ initial pricing plans for cargo visibility are high relative to the plethora of visibility solutions already on the market. TradeLens will thus have to prove to prospective customers that the value of the visibility it provides is that much higher. It is likely to do so based on both the number of entities involved at present — more than 100 container lines, port authorities, terminal operators, and customs agencies are already signed on — but also due to the touted data security and authenticity benefits of blockchain.

Then there’s the issue of how pricing and revenue distribution are calculated, once the rival carriers that have joined TradeLens are fully on board. In other words, will those carriers collectively share in the revenue TradeLens generates, or will they only be compensated for the specific data they provide or the customers they bring on board?

“The TradeLens go-to-market strategy is directed under a collaboration agreement between IBM and Maersk,” Maersk said in a statement to JOC.com. “Under this agreement, the two organizations jointly build and develop the solution for companies and organizations from across the shipping and logistics industry [to] join as ecosystem members. This structure was created with input from incumbent organizations from around the world.

“Over time, as the solution develops and matures, we’ve stated that consideration will be given to entity formation, upon which time the structure, including sales activities, may be re-evaluated to increase momentum and uptake where opportunities are present.”

The latter bit suggests that Maersk is open to a profit-sharing model with other carriers or entities driving adoption and use of the platform.