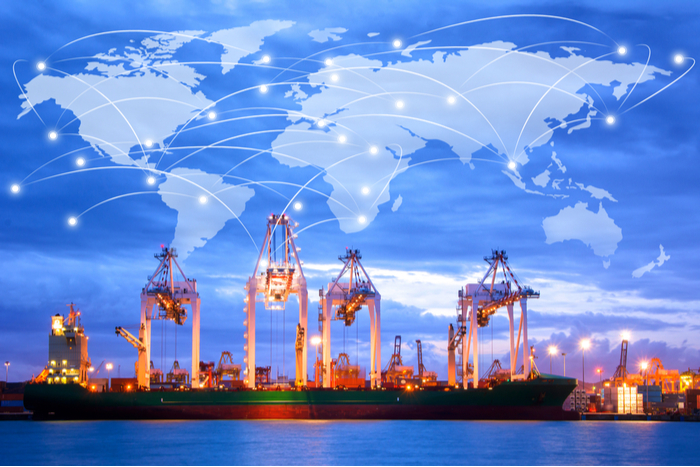 Forwarders continue to be an attractive target for software providers and their investors, especially tools that help them digitize transactions and back-end operations. Photo credit: Shutterstock.com.

The vast proportion of venture capital (VC) funding into global logistics technology companies has been directed toward one of three models: digitally enabled forwarders, freight marketplaces, and data integration hubs.

A smaller amount has gone toward software-as-a-service (SaaS) companies geared toward building neutral, multi-tenant products for shippers and logistics service providers (LSPs). Many of the SaaS tools that have emerged in recent years have taken a fairly small amount of venture capital or have eschewed raising VC money altogether in order to attempt to build a company that’s profitable in a shorter time frame.

One of those SaaS providers is Logixboard, a Seattle-based maker of software for freight forwarders. The company in late October raised a $4.2 million seed round to grow its business, which helps enable forwarders through a more dynamic user interface, analytics, and system integrations.

Logixboard’s platform isn’t meant to replace systems forwarders already use — such as rate or contract management solutions, or forwarding operating systems such as CargoWise and Descartes — but rather to sit atop them, co-founder and CEO Julian Alvarez told JOC.com in an interview.

Logixboard is somewhat analogous to other SaaS front-end-focused forwarding software similar to that provided by Kontainers or Qwyk in that it sells to companies looking for customer engagement technology to compete with younger digitally enabled forwarders and top 25 forwarders that have in recent years invested in their own e-commerce tools.

“Owning the integrations is crucial to us,” Alvarez said, identifying what he sees as a differentiator from SaaS competitors in the forwarding solutions market. “We build them and we own them. We’re in Seattle because the talent pool here is great at building integration layers.”

Not every provider sees that piece as so critical to success, as many have turned to integration specialists such as Chain.io and Youredi to provide the connections to existing systems such as forwarder operating platforms or transportation management systems (TMSs).

The $4.2 million investment is large for a seed round, but indicative of current early stage investment levels, where seed rounds and subsequent VC funding rounds are getting larger as startups stay private longer and delay going public.

But the Logixboard round stands out in the logistics environment for a SaaS provider, especially in international logistics, where much of the venture capital money has gone to digitally focused forwarders such as Flexport, Freighthub, and Zencargo, freight marketplaces such as Freightos, and data hubs built around application programming interfaces (APIs) such as FourKites and project44. The latter group has barely scratched the surface on its international capabilities.

Alvarez said the digital forwarder and marketplace models likely attracted more investment to date because they generated high levels of top-line revenue that were attractive to investors looking to tap into a big market perceived to be riddled with inefficiencies that automation could rectify.

“Those valuations will regress to the mean, and in our view, automation will come from SaaS companies,” he said. “There was some arbitrage in the market that digitally enabled companies took advantage of, and rightfully so.”

It’s possible investors see problems with the SaaS model as it relates to variance in the forwarding industry, meaning it can be hard to scale across a group as diverse as the thousands of global forwarders in existence.

But Alvarez, whose co-founder and brother, Juan Alvarez, worked for Pilot Freight Services, said Logixboard is “investing in a data-agnostic model in the varying use cases that hopefully accounts for 80 to 90 percent.”

“We invest a ton of time in finding commonalities to build scalable operations,” he said. “If you try to tackle it all at once, you stumble and fail. We have a very specific niche we’re going after early. [Small and medium businesses are] crucial for us before moving up to enterprise. We also have specific verticals in terms of TMSs we want to integrate with.”

On the enterprise side, Alvarez said forwarders are missing a layer that connects systems in different regions, and they can’t expect one provider of back-end solutions to provide that layer. For instance, a large forwarder might be using several different operating systems, or different instances of the same system, across its global network. Logixboard would provide the unifying layer and allow the forwarder to present itself to customers globally with a single interface.

“A lot of the change in freight forwarding is dictated by fear,” he said. “If you’re a small or mid-market forwarder, you see Flexport with $1 billion, you say, ‘how am I going to compete?’ I can make my business more successful and more efficient by digitizing it, and not be just defensive out of fear.”

My real time work with