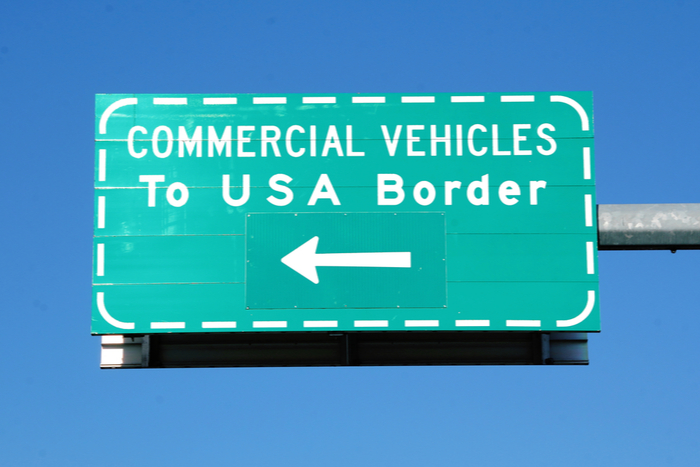 Nuvocargo said it plans to use its seed funding to grow existing teams in New York and Mexico and expand into other Latin American markets. Photo credit: Shutterstock.com.

A second technology-based cross-border freight broker has received venture capital funding in as many months, with New York-based Nuvocargo landing a $5.3 million seed round Thursday.

The funding comes a month after fellow broker Forager landed a $10 million series A round to make freight movement between the United States and Mexico more efficient, the first startup specifically targeting that trade into which VC firms have invested. Both companies are looking to tap into what is expected to be a fast-growing trade that has lacked structure, digitization, and efficiency.

Operating out of offices in New York and Mexico City, Nuvocargo coordinates door-to-door transportation between the United States and Mexico, including the procurement of truck capacity on both sides of the border, customs clearance, insurance, and trade finance. The company’s technology provides analytics and reporting on those moves as well. Founder and CEO Deepak Chhugani said the company plans to eventually expand into a platform for US trade with all of Latin America.

“We act as an extension of our customers’ team so they can outsource to us all the complexities associated with their US-Mexico cross-border supply chain,” Chhugani said in a statement.

Nuovocargo’s goal, he said, is to simplify cross-border logistics by digitizing documentation that is traditionally paper-based and condensing the number of providers a shipper would deal with down to one. In a sense, the model is a regionally specific version of managed transportation services (MTS) that have grown in popularity in domestic freight environments. Some of those MTS providers are brokers using proprietary software, while others are offered by software-as-a-service (SaaS) transportation management systems (TMS) providers that essentially act as outsourced transportation arms of their shippers' customers.

The seed round was co-led by the venture capital firms NFX and ALLVP, with participation from One Way Ventures, Maya Capital, Magma Partners, and the co-founders of the on-demand delivery provider Rappi, the largest raiser of venture capital in Latin America. The total seed amount includes the earlier backing from investors, including Y Combinator, an early investor in Flexport.

Chhugani said Nuvocargo will use the funds to expand into Latin America and grow its existing teams in the US and Mexico. “Freight forwarding is one of the few remaining industries that software hasn’t eaten yet,” he said.