Technology helping shippers take freight payment into their own hands

Technology helping shippers take freight payment into their own hands 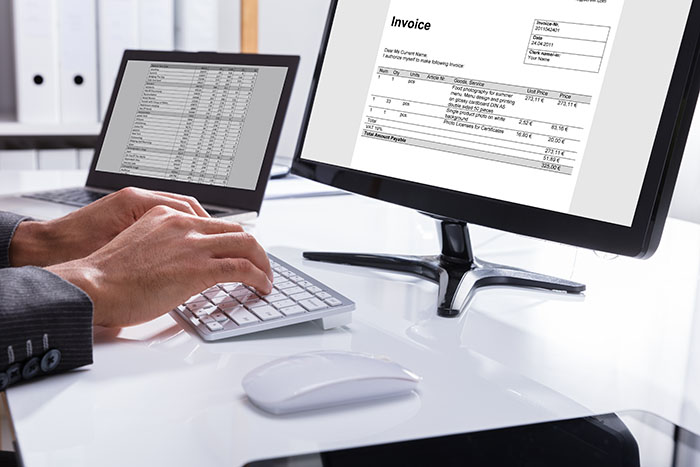 Use of a “self-pay” process has helped Ecolab cut the number of disputed invoices for non-container lines from 80 percent to 40 percent. Photo credit: Shutterstock.com.

At its core, freight payment is about which party in a transaction bears the responsibility of ensuring the accuracy of the invoice associated with that shipment.

Traditionally, shippers bear the brunt of that burden, receiving freight bills and ensuring those bills accurately reflect what was agreed upon in their contract, plus any fees or rate variances that arose during the course of the move.

There has long been a way for shippers to turn the story on its head, though, using a process generally referred to as “self-invoicing” or “self-pay.”

When self-invoicing, the shipper generates an invoice of what it believes it owes to a carrier or third-party logistics company, which forces the carrier or 3PL to determine if that amount is accurate or not. That shifting of auditing responsibility is core to the concept of self-invoicing, but it’s not necessarily an easy process to change.

For starters, such a shift requires a totally different approach for both parties, one that may conflict with existing processes and systems designed to generate and receive freight bills. Second, it typically requires a shipper to develop or buy software that can help manage this new process. And third, it may require buy-in from the shipper’s carrier and third-party logistics provider (3PL) partners.

The last hurdle is particularly tricky, as carriers and 3PLs are accustomed to generating bills and handling disputes, not necessarily doing the receiving and disputing themselves.

Shippers that spoke with JOC.com on the topic of self-invoicing said the process is labor intensive up front and noted it does require some salesmanship to get transportation providers on board. It’s also fair to say that the use of self-invoicing is not exactly widespread.

For the most part, shippers either handle auditing and disputing freight bills internally, or through a third-party auditing service. In some cases, they engage with those third parties to audit and pay freight on their behalf. Many use the auditing function embedded within a transportation management system (TMS) to process the bills, while others give freight bills little attention, paying the invoices without matching them against the contract terms or the receipt of services rendered.

The benefits of self-invoicing tend to be greater invoice accuracy, lower dispute rates, and quicker payment to carriers, according to beneficial cargo owners (BCOs) that have such a process in place.

“It improves the carrier’s cash flow and reduces days outstanding,” said Catherine Arredia, manager of carrier relations and international supply chain at Ecolab, a global maker of water, hygiene, and energy products. “It gets the vendor paid quicker and improves our books because we’re able to clean up our payables faster. We don’t have disputes hanging out for 90 or 120 days. And we don’t have partial payments on invoices.”

Ecolab uses a hybrid approach to self-invoicing across its freight payables. When paying its 12 core ocean carriers, the company uses a process Arredia calls “match pay.” To pay its drayage providers, less-than-containerload (LCL) non-vessel-operating common carriers (NVOs), and forwarders, it uses a self-pay process. The company uses Infor Nexus, a global TMS and visibility software provider, for both streams of payables.

The container lines paid via match pay are connected to Infor Nexus via electronic data interchange (EDI). Shipment milestones captured in that system are used to verify that the invoice submitted by those container lines reflects both the contract and what actually happened during the shipment. The freight payment industry refers to this as the “three-way match.”

“Because the EDI milestones feed into [Infor Nexus], it’s more of a seamless system,” Arredia said.

If you want something done right …

For the second set of providers, Ecolab uses an interface within Infor Nexus where the company can generate what it presumes it owes to its transportation providers. Those providers then access that interface, view the Ecolab-generated invoices and either agree to the amount or dispute it.

The disputes can be handled directly within the system, which Arredia said has sped up that process significantly. She said the number of invoices that get disputed has fallen by half — to about 40 percent — since the self-pay process was implemented.

“On the container dray, we log in in the accrual [what Ecolab believes it owes] on the move,” she said. “If we knew there was detention or demurrage, we would add that. The vendor views that accrual through access to [Infor Nexus]. They could agree or raise a dispute, and they can attach any supporting documentation, like an in and out gate ticket at the rail, crossing the scale, the weight ticket.”

Arredia said the self-pay process has also enabled Ecolab to get more proactive about those forthcoming accruals. Because they’re self-generated, they can sit in Ecolabo’s payable queue prior to the sailing, based on what the company expects to pay. That means some invoices can be generated up to a month before Ecolab would have typically received bills from its providers.

“It shifts the burden of auditing more toward the vendor, but it also gives us a more collaborative solution because we’re working together to solve the problem,” she said. “We’re not just saying, ‘It’s your problem.’”

Prior to moving to the self-pay process for non-container line invoices, Arredia said the company handled management of invoice auditing manually. “It was very labor intensive, and we decided to try to take better control,” she said.

Arredia admitted that some of Ecolab’s vendors were reticent to adapt to the self-pay process. “One of our draymen at first said, ‘I don’t want to do it,’” she said. “But eventually, he said that even though it’s a lot of work at the beginning, it’s working out for him because he’s getting paid faster and there are fewer disputes.

“It depends on a lot of factors — the size of the carrier and the relationship you have with the carrier. If we have a close working relationship, they’re going to do everything to step up to the plate to keep our business.”

The match-pay system has also been effective, Arredia noted, with invoice accuracy at about 85 to 90 percent. “We’ve written service-level expectations into all our contracts,” she said. “Should they not step up or not improve turnaround times to make corrections [on invoices], they may not move forward in future bids.”

However, she urged other shippers considering the self-pay approach to avoid merely relying on the platform to handle everything. “You have to make sure that you’re engaged in the process on this. Sometimes you have to act as a referee or translator to keep on the path moving forward.”

Small NVOs, for example, sometimes want to push back on self-invoicing due to a lack of resources.

“Sometimes they’re developing their own ERPs, and they want to put this on a shelf if we’re not there to push them on this,” Arredia said. “But this can be a good thing to develop in tandem with the ERP. Even on the match pay, some carriers say they don’t have the resources. Well, if you want the business, you’ll find the resources. And you’ll end up getting paid faster.”