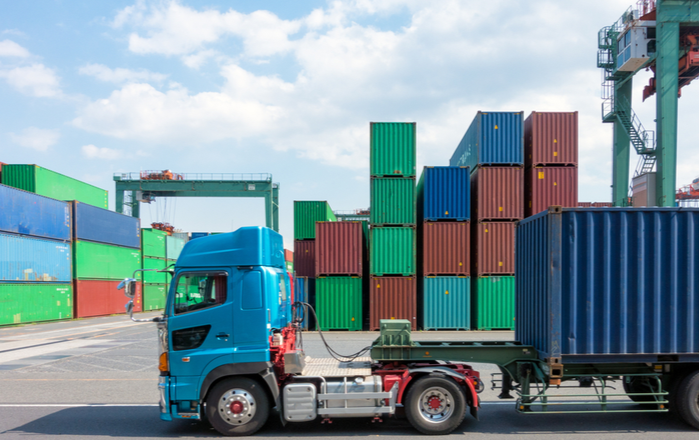 The move is part of a wider wave of investment in drayage technologies aimed at digitizing and rethinking the movement of containers from terminals to landside warehousing, consolidation, and intermodal facilities.

Loadsmart’s product, called Drayage Instant Booking, is aimed at enabling small- and medium-sized shippers to book a drayage truck in seconds, including via an application programming interface (API) for shippers set up to book in that manner. It uses a “gray pool” model of drivers, wherein a specific driver isn’t designated to pick up a specific container, but rather picks up the first available container within a pool of participating shippers.

That helps shippers because movement of their containers aren’t contingent on the availability of a single drayage driver, and it helps drivers theoretically move more loads per day, increasing their potential revenue.

“The free-flow model moves the industry from container-specific to container-agnostic,” Ricardo Salgado, CEO and co-founder of Loadsmart, said in a statement. “It means that truck drivers will be given the best container available when they arrive at the port, having pre-agreed with a specific mileage band trip.”

Other startups targeting the drayage market with technology are Los Angeles-based NEXT Trucking, which has raised $124.3 million to provide import-related long-haul and drayage capacity in and out of California; the Dray Alliance (also based in Los Angeles), which snared $3.5 million in venture capital in early 2019; Terminal 49, an Oakland-based digital drayage brokerage and visibility provider; the digital freight broker Opus9; and E*Dray, headed by former Home Depot director of international logistics Reade Kidd, which lets shippers collaborate to build dedicated stacks at the ports of Los Angeles and Long Beach in Southern California and the Pacific Northwest ports of Seattle and Tacoma, from which any of their predetermined drayage providers can pull.

Loadsmart’s product most closely resembles the E*Dray model in terms of not assigning a particular driver to a particular load. Drayage Instant Booking will incorporate data from Maersk’s vessel and supply chain management operations, as well as from Ports America’s terminal operations, to improve its ability to match drayage capacity with available containers, the companies said.

Ports America operates 33 port terminals in 22 cities in the United States and handles approximately 6.7 million containers annually at its facilities.

It’s the second large funding injection into Loadsmart by Maersk Growth, Maersk’s venture capital unit, following a $21.6 million Series A round in the New York-based startup in October 2018. That investment eventually morphed into a partnership to provide Maersk customers the ability to instantly book truckload capacity in North America. Loadsmart has now received a total of $53.4 million in investment since its founding in 2014.

“From the onset, we recognized the synergies between Maersk and Loadsmart and our joint opportunity to drive change through technology,” Sune Stilling, head of Maersk Growth, said in a statement. “Our partnership will increase inland business opportunities to add value to our clients.”