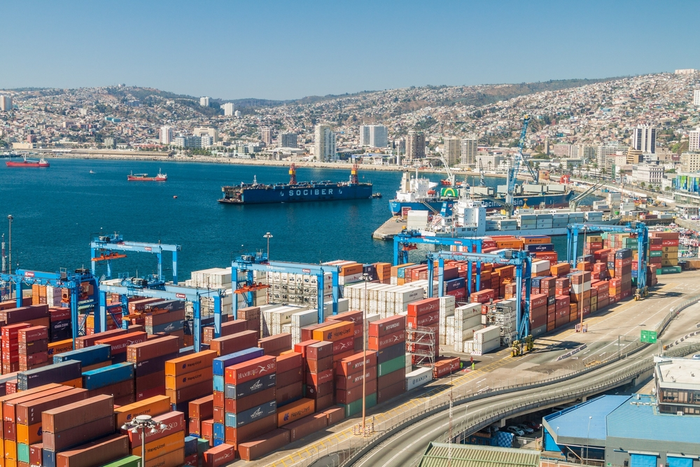 That lack of market cohesion led Knust to focus on building KGroup as a digitally native forwarder, akin to Flexport in North America and Forto in Europe. Knust said putting technology at the center of what the company provides to shippers allows it to understand where shipper customers are on the technology-readiness spectrum.

“We think about this triangle which puts the clients on the top, the industry on one corner and what we are doing as a business [on the other corner],” he said. “Clients are very different from one another. If there is one person that is not incumbent in technology, then you cannot force him to be technological. He wants to use the [paper bills of lading] and pen and paper because he's done that for the past 50 years.”

Knust acknowledged forwarders in the Latam market have two possible paths to becoming digital, one that’s similar to the options available in other markets. They can invest, as KGroup did, in an in-house software development team, or use a variety of software-as-a-service (SaaS) tools to create a digital environment for their customers.

Knust said either path would enable existing forwarders to stay relevant, especially in markets such as Latin America, where local expertise is a crucial component of the value provided by a 3PL.

“I don't think that our industry will disappear whatsoever,” he said in reference to disruption caused by digitally oriented entrants in other industries such as ride-sharing. “I really think that the local heroes will continue being local heroes. This industry is completely fragmented.

“Think about Latam, where there are so many players, so many customers, and so many cultures. The shipper in Bangladesh does not speak Spanish and the consignee in Chile speaks very little English, so first we need to have an ecosystem — or a platform — that is very user friendly.”

Knust said KGroup’s approach has been to invest “100 percent of our profits” into technology and staff, but acknowledged innovation is a risk in itself.

“I don't know which one will be the right way,” he said. “It's a completely different approach in terms of saying we're going to change the industry from within. We’re not burning money, and not spending the dollars that we don't have.”