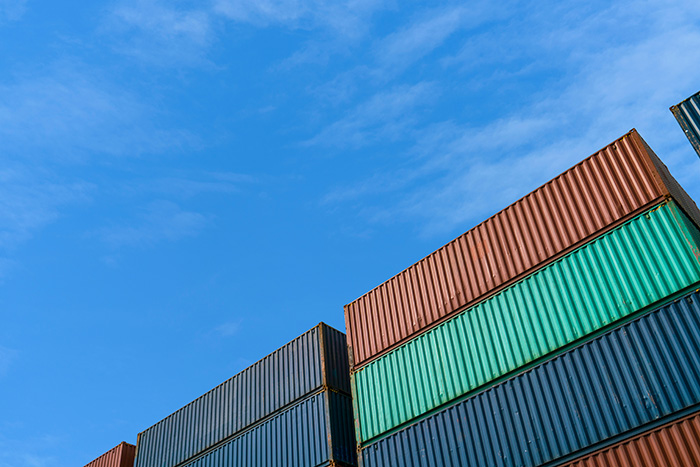 The latest round brings FourKites’ funding to more than $100 million and places it in an ever-growing ring of start-ups to break that barrier.

The company battles in the visibility software market with fellow Chicago startup project44, Descartes-owned MacroPoint, and Trimble-owned 10-4 Systems to provide estimated times of arrival (ETAs) across all freight modes. All four companies are stronger in domestic modes, but FourKites and project44 in particular are looking to provide true visibility across all modes, including international ocean and air. Domestic freight is tracked primarily through driver cell phone location, data from electronic logging devices (ELDs), or traditional electronic data interchange (EDI) messages.

These firms collectively have been at the vanguard of highlighting the deficiencies of previous visibility platforms, notably the latency and inaccuracy of data provided by carriers to shippers through EDI or phoned-in status checks. The broader idea behind FourKites and its competitors is to improve those data, get them in near real-time, and then use them to provide more accurate ETAs.

“FourKites believes capacity sharing can reduce 15 to 20 percent of overall shipping costs by allowing shippers and carriers to access unused truck capacity via private networks, based on the real-time visibility and artificial intelligence matching provided by the FourKites platform,” the company said in a statement.

No slowdown in sight

More broadly, the firm’s latest funding round shows there are no signs of a decline in the VC world’s interest in freight and logistics start-ups. For example, Los Angeles-based NEXT Trucking, a software start-up focusing on inland legs for importers, landed a $97 million Series B round from investors in late January, bringing its total investment to $125 million.

VC investor Mark Suster last week noted that the nature of VC-backed investments is changing. In a presentation at his fund’s Upfront Summit, Suster sought to dispel the notion that VC as a funding mechanism is losing steam. While his talk wasn’t specific to transportation and logistics, it’s relevant in that there is continued curiosity in the freight industry as to whether high levels of VC funding will continue.

Suster noted that the number of start-ups is three times larger than it was 15 years ago, but that the number of those start-ups that make it to a third round of funding (called Series C) is about the same. In other words, the top of the funding funnel for start-ups is larger, but the bottom of the funnel is unchanged, making it that much more difficult to predict which start-ups will actually make it to later rounds, let alone be successful in the long term.

But Suster said VCs are countering that apparent dilution of success by backing companies that are staying private longer. Whereas start-ups in previous eras would have gone public earlier in their evolution — typically at around 5 or 6 years old — they’re now staying private until they’re 6 to 12 years old and, as a result, getting larger third and fourth rounds of VC funding. He said this allows VCs to “capture more of that upside” of the company’s growth.

Also working in the favor of VC-backed start-ups is the speed and ubiquity of internet connections, which will only accelerate the pace at which truly successful companies can scale, he said.

These dynamics, and the increasingly aggressive funding of startups in the logistics space, place the onus on shippers to make their own bets about which platforms to use.

Although the structure of browser-based cloud-deployed software has made the process of switching platforms easier from a purely technological perspective, the human element of such a change can still make these moves costly.

It’s also key for shippers to understand the nature of the investment in the software providers they are choosing. Start-ups that take some money early on to build the business, but then rely on recurring software revenue to grow, are charting a different course than those that raise capital from VC groups yearly. The latter likely wants to scale fast and will continue to pursue VC financing to do so.

One key dimension for shippers to consider when deciding which financing model is best for them is to think about the role the particular VC-backed software will play in the company’s supply chain, the vice president of transportation at a consumer goods shipper told JOC.com in autumn.

“If it is an operations or execution role, and therefore mission critical, I would say that a history of demonstrated performance and financial stability would be key,” the shipper said. “For other non-critical or less-than-critical software, such as data analytics, visualization, etc., then I am more comfortable with a startup or highly leveraged company.”