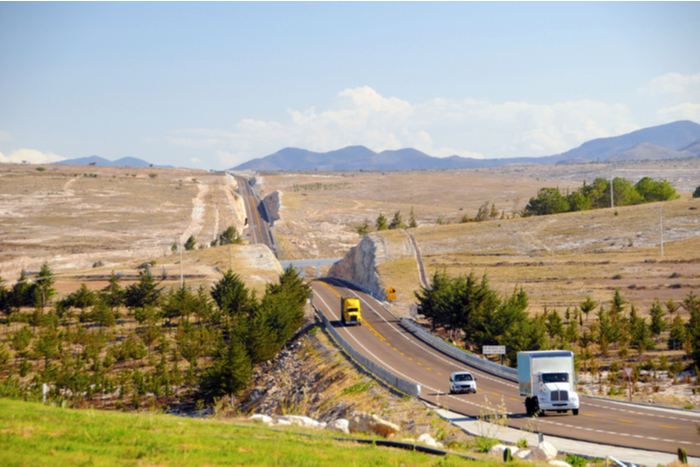 One of the trickier chasms to bridge for startup logistics technology providers is moving from a brokerage model to a marketplace or ecosystem model that may well be more valuable and sustainable in the long term.

Startup investors appreciate the healthy topline revenue numbers that brokers and forwarders create, but there’s a growth limit in that approach.

It’s a change in model that Matt Silver, CEO of cross-border freight technology platform Forager, decided his company needed to make as it transitioned from a plucky startup to a larger entity.

Forager, founded in 2019, originally served as a broker for cross-border trade, but Silver believes the company will eventually evolve to become a marketplace for international commerce between the US, Canada, and Latin America.

The company last week announced a $10 million Series A round of funding, just six months after landing a $3.25 million seed round, a sign of growth for Silver’s initial iteration but also a chance for the company to think about where it’s going. US-Mexico two-way trade was $614 billion in 2019, up 0.4 percent over 2018, according to US Census statistics.

“We’re trying to build a true marketplace, but really for enabling international commerce,” Silver said in an interview with JOC.com. “I want us to be a product business that helps anything in transportation and mobility and commerce. Trucking and transportation — I want to go beyond that.”

That means pivoting from a traditional brokerage enabled by technology to focusing on the technology as a way to bind participants in US-Mexico cross-border trade. Eventually, Silver said, the goal is to open offices beyond Mexico into South America.

The new horizon for Forager hit Silver when he realized that as a provider, the company’s offering was never going to appeal to larger enterprises. “Big enterprise shippers are not going into Scout [Forager’s product] to book a load.”

Scout provided shippers a portal to access instant pricing and booking for any cross-border truckload.

Instead, Silver has designs on the ability to book loads through Scout to be a piece of a larger offering that shippers of all sizes and brokers can plug into via electronic data interchange (EDI) or application programming interface (API). That larger platform would be an automated marketplace that gives shippers quoting, booking, and tracking tools for their cross-border shipment.

Silver, son of the founder of Coyote Logistics and American Backhaulers, Jeff Silver, said he’s intrigued by the model Shopify has created, where sellers can plug into the platform to get what they need. He envisions the same model for cross-border trade on Forager, whether truckload, ocean, or air. “We want to redesign how the information flows and redesign the way people collaborate,” he said.

That includes a desire to work with brokers that might ostensibly be competitors to Forager today.

“The more density we can build in the marketplace, the more it will benefit everyone,” he said. “I don’t want to be brokering freight. I don’t care if it’s a shipper or a broker. Anyone using some web-based managed transportation system, we can build an interface into that. The more business we can pull into the marketplace, the more everyone benefits.”

Forager will use the investment to grow its engineering and product teams to achieve that vision. Amid the ongoing coronavirus disease 2019 (COVID-19) crisis, he wants to be a place to attract talent. The funding round is also a sign that venture capital firms aren’t avoiding investment into logistics technology despite the economic uncertainty the pandemic has created.

The Series A round was led by US Venture Partners, with Soma Capital and existing investor Chicago Ventures also participating.