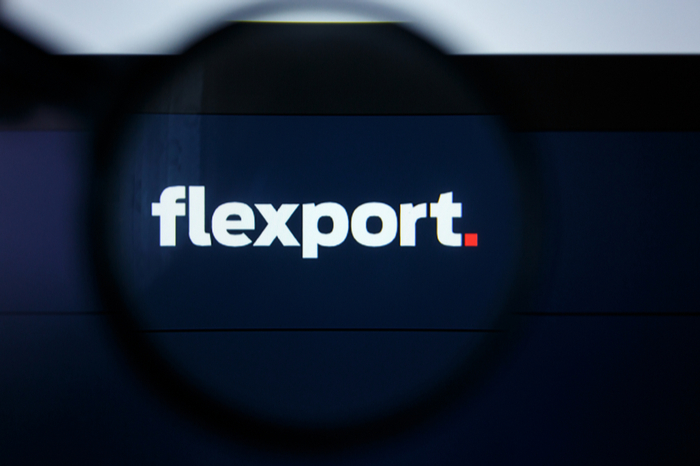 Executives with Flexport have long indicated the company wants to build on its position as a forwarder to create a broader global trade platform, even to manage non-Flexport shipments. Photo credit: Shutterstock.com.

Flexport on Thursday unveiled new system customization features for its shipper customers that signal a growing desire by the San Francisco-based logistics provider to build technology beyond that which would be typically associated with a forwarder.

With the release of the new features, which focus on configurable views of the metrics shippers use to manage shipments booked with Flexport, the company appears to be morphing into a hybrid of a third-party logistics provider (3PL), a neutral software provider, and a broader trade platform.

“Ultimately we want to create a single platform for trade, a unified experience across all their shipments,” Chen said. “As you go upmarket to BCO [beneficial cargo owner] customers, they have their own contracts [with container lines], so they are looking for a technology provider.”

The specific product update announced Thursday allows users of the Flexport platform to design their view of information around a configurable “widget marketplace” of 15 applications at present. Flexport assigns pre-configured views of that information based on whether the customer is a large importer, a small importer, or an exporter. Those pre-configurations were based on input from 120 Flexport customers and their usage of the system, te Pas said.

Te Pas said the pre-configured views for importers with smaller supply chains focus on highlighting industry thought leadership from Flexport executives, and a dashboard with all shipments, sorted by delivery date. The template for larger importers has an emphasis on “managing large volumes of transactions and us being able to uncover those shipments that need attention,” he said. The exporter view is pre-configured around completing tasks required to ensure cargo is available for pickup.

He added that uptake of the dashboard customization feature has so far shown promise, with 70 percent of 45 beta testers configuring their dashboards within two weeks of getting access to it. Te Pas attributed the relatively high adoption rate in part to the fact that the customization feature takes no training or onboarding to use.

Among the new widgets added Thursday that shippers can add to their preferred system views are a carbon emissions estimator, a COVID-19 insights hub, and a duty drawback calculator. Te Pas said the goal is to build out that application marketplace over time, as well as to build more granular pre-configurations of the website based on the type of company, the region, and the specific user.

“Someone in trade compliance is going to want a different view of the data than someone in finance, whereas a logistics manager will want a more analytics- and reporting-oriented view,” he said.

One step closer to a larger goal

The customizable nature of the system points at a future state that Flexport has long targeted: one where global logistics and trade compliance is a product manageable via a web browser.

Chen hinted at this in an online conversation with JOC.com in early March. “Does something exist in the industry already, and can we use it?” he said when asked if Flexport prioritizes building technology or using pre-existing software to solve a problem. “If there’s an existing platform today that’s already connected, the goal is to integrate it and [make it interoperable] with other systems. But a lot of our tech is designed to help our operational flow. Our resources are spent on those issues and productizing it.”

The arrival of Chen in mid-2019, from a technology leadership role at Amazon Global Logistics, has had a catalyzing effect on Flexport’s software development, with a clear focus on becoming a platform as much as a forwarder with proprietary technology. His arrival came months after Flexport got a $1 billion investment led by the Softbank Vision Fund. According to LinkedIn data, the company’s hiring has slowed down significantly in 2020 (even prior to COVID-19), more reflective of a software company than a forwarder that invests in having boots on the ground in various regions.

“Being the forwarder itself is a huge advantage,” Chen said this week. “We get to see what is actually happening.” That is translating to what Chen described as an environment where Flexport is making up to 100 product updates to its platform on a daily basis, something that would have been all but impossible using legacy technology.

Currently, the platform extends only to customers and to Flexport’s network of partner 3PL agents, which have access to some of the Flexport system. Chen said that whereas those agents previously had access to about 10 percent of the system, they will now be able to use about half of the functions in the system, specifically those around data digitization and sharing. “There’s a lot of internal tech we’d like to open to partners,” he said.

The system update comes as Flexport’s forwarding competitors large and small are endeavoring to provide better user experiences to customers, including features such as instant quoting, predictive estimated times of arrival, and intuitive shipment management portals.

If Flexport does indeed have broad platform aims beyond the traditional forwarding market, it will invariably enter the orbit of bigger commerce and software platforms such as Amazon, Alibaba, Shopify, and Salesforce, all of which have varying ambitions when it comes to serving the logistics industry.

Chen sees those companies as complementary to Flexport’s ambitions.

“There are not any [platforms] dedicated to forwarding or the global trade space,” he said. “Hopefully we can provide an integrated service end to end because if you’re a logistics manager, I’m not sure you want to be logging into Salesforce. I hope we can work with one another really well.”