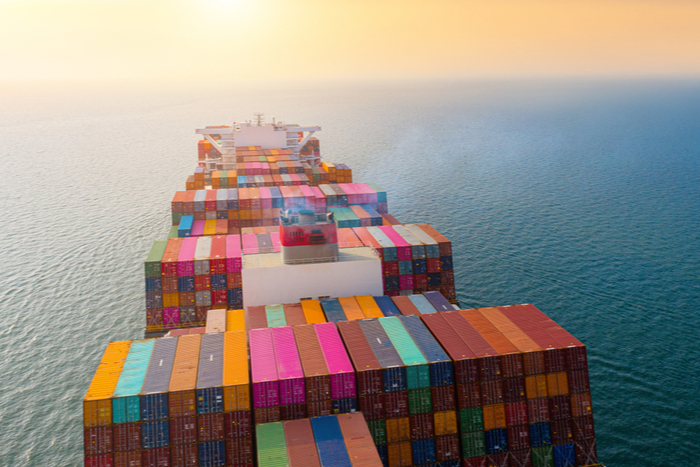 Previous efforts to develop standard electronic bills of lading, generally driven by for profit solutions providers, have stalled due a lack of adoption. Photo credit: Shutterstock.com.

A group of container lines aiming to standardize digital formats in the shipping industry is taking aim at the much-discussed, long-elusive goal of a common electronic bill of lading.

DCSA, a nonprofit consortium of nine container lines working to develop interoperable standards, estimates that electronic bills of lading (eBLs) could save the shipping industry a collective $4 billion in processing costs if it were to reach 50 percent adoption by shipment volume. Citing adoption of e-Air Waybills (e-AWB) in the airfreight industry, which were introduced in 2010 and have hit 68 percent adoption, DCSA said it projects a 50 percent adoption level of ocean eBLs could be reached by 2030.

“It’s not difficult from a technical perspective to develop a standardized bill of lading,” DCSA CEO Thomas Bagge told JOC.com. “The front page of the bill of lading is 95 percent standardized between carriers. Everybody wants the same information, roughly.”

Even the granular details, such as the length of the address data field, or that container weight needs to be inputted in numbers and not words, are relatively unproblematic, he said. Yet previous efforts to standardize bills of lading across the ocean freight industry, most notably by the ocean freight booking portal INTTRA in the late 2000s, have never gotten traction.

“We have to be humble and say a lot of smart people in this industry have really tried,” Bagge said. “This will be a multi-year effort.”

The difference this time may be the mere existence of the DCSA, which in some ways is functioning as a counterpart to the airline industry’s International Air Transport Association (IATA), the driving force behind the e-Air Waybill initiative. Whereas past efforts to standardize ocean bills of lading have been pushed by for-profit solutions providers, DCSA’s nonprofit status might galvanize container lines in a way that never happened prior.

Since September, DCSA has pushed out track-and-trace standards for containers, guidelines for vessel operators to harden their ships against cyber attacks, and a broader blueprint defining critical ocean shipment milestones and data formats. Technology providers have lauded the quality of the blueprint in off-the-record conversations with JOC.com.

The consortium was first launched in November 2018 and gained US Federal Maritime Commission approval in April 2019.

“The dynamics are different [than in past efforts to develop eBLs],” Bagge said. “We have nine members that cover 70 percent of world trade, and we don’t have a profit element. I really hope to be able to say in a few years, yes, this where it started.”

Bagge said there’s little disagreement that an electronic bill of lading format would benefit virtually all parties in container shipping. Carriers would reduce costs and inefficiencies associated with manually creating paper documents. Ports and regulatory agencies would benefit from having access to the digital data within eBLs, the latter to fine-tune targeting systems meant to identify irregular shipping patterns. Shippers would theoretically benefit from digital documents as well.

“Once a standard eBL is available, it will also be easier for regulators, banks, and insurers to accept the eBL as a viable alternative to a paper BL,” Bagge said.

One potential hurdle to cross is converting to an electronic environment bills of lading where title to the goods in a shipment changes hands from one party to another. DCSA estimates that 50 percent of BLs are so-called sea waybills, provided by a carrier, vessel operating or not, to document the contract of carriage and receipt by the carrier of the shipper’s goods. Those sea waybills do not convey title.

Master bills of lading, on the other hand, do convey title and account for 45 percent of all BLs, the DSA said. In those cases where the BL conveys title to the goods, the standard eBL would likely have to be used in conjunction with a technology such as blockchain “for eliminating the risk of a single catastrophic failure or attack that would compromise the integrity and uniqueness of an eBL,” according to a DCSA statement.

DCSA’s internal research found that paper bill processing costs three times as much as eBL processing, which DCSA modeled out to determine the extra $4 billion annually in processing costs.

DCSA said in its statement it will develop open source standards for necessary legal terms and conditions, as well as definitions and terminology to facilitate communication among customers, container carriers, regulators, financial institutions, and other industry stakeholders.

“DCSA’s mission is to drive alignment and digital standardization to enable transparent, reliable, easy to use, secure and environmentally friendly container transportation services,” Bagge said in the statement.

“I would look at the percentage of goods shipped using an eBL,” Bagge told JOC.com. “That’s what drives the bill of lading. Even if we say, for instance, Africa is completely excluded, there would still be tremendous benefits to everyone involved, from regulators to carriers to shippers.”