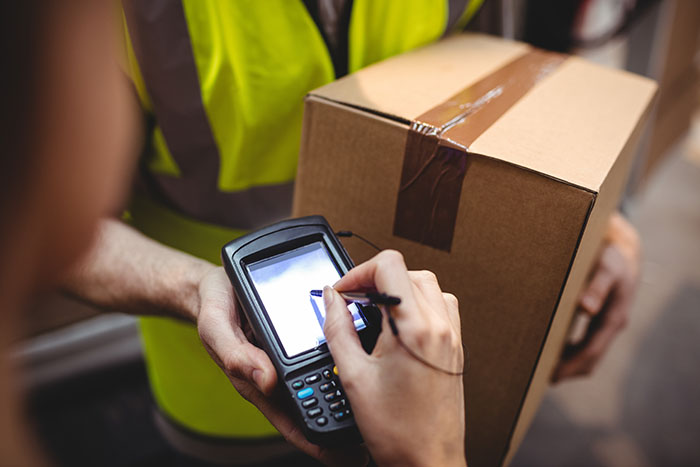 An optical equipment manufacturer’s use of a transportation management system (TMS) highlights an avenue for shippers to better control the way they handle parcel shipments, which according to a study last autumn by Pitney Bowes are forecast to rise by 17 to 28 percent per year globally between 2017 and 2021.

The use of a parcel TMS module has allowed Vortex Optics to better handle its own growing e-commerce orders by helping in distribution channel and transportation mode selection, and prepare for a time when it might need to lessen its dependence on dealers for sales, a company executive said.

The Wisconsin-based shipper implemented BluJay Solutions’ parcel management tool in January to keep pace with rising direct-to-consumer and drop-shipping orders from its retail partners, attendees of the software provider’s user conference learned in Orlando this week. The company went live with the TMS in January, pairing the implementation with that of a new enterprise resource planning (ERP) system from SAP.

About 98 percent of what Vortex ships outbound moves by parcel, with about 800 to 1,500 shipments daily, said Mathew White, the company’s transportation and logistics manager. About 75 percent of that volume moves with FedEx, but the company uses all the major parcel providers. For instance, any package less than a pound is automatically sent via the US Postal Service based on what’s called auto-generated rules within BluJay’s parcel TMS module. Those rules dictate which carrier to use according to the size of the shipment and the customer that ordered it.

Vortex uses three channels to ship orders to customers. The biggest channel is dealers, such as major outdoor retailers Cabela’s, Bass Pro Shops (which acquired Cabela's, Vortex’s biggest customer, in September for $4 billion), and Academy Sports. The second channel is direct-to-consumer orders, which are shipped from its facility on the outskirts of Madison, Wisconsin. For now, those direct-to-consumer orders are confined to military and law enforcement entities as the company doesn’t want to harm its dealer relationships. The third channel is distributor partners in Canada, Australia, South Africa, and the United Kingdom.

Two major factors drove Vortex’s search for a parcel-capable TMS system, White said. The first was based on meeting the needs of its retail customers, who increasingly want suppliers to drop ship — where a shipment bypasses a distribution center or store and moves direct to a customer. Between 30 and 40 percent of Vortex’s volume moves by drop ship.

“Our drop-ship requirements might be unique but I think that will get more common for parcel shipper wholesalers in the future,” White said, noting that method allows a retailer to avoid cross-docking a package that already has a label on it.

The second driver was a need to “accommodate more small package volume to scale shipments if required, or in case we needed to move away from dealer relationships.”

There have been a growing number of parcel management solutions released in the market in recent years, including many that allow shippers to rate, execute, and track international shipments. According to solutions providers who have briefed JOC.com, this has been in response to both growing demand for e-commerce, but also by a broader use of parcel by enterprise freight shippers. This latter growth is driven by a number of factors, such as after-market sales, returns, and samples. But it’s also due to shippers being able to optimize parcel alongside more traditional freight modes, so that shipments that might have gone air or less-than-truckload (LTL) can sometimes move via an economical parcel service.

About 15 percent of Vortex’s volume moves internationally as well, and online orders are a growing source of business. The company also ships some orders LTL, with about 100 shipments a month moving via that mode, and the TMS needed to be able to account for that volume.

The simultaneous implementations of the parcel TMS and the ERP were by design. The integration between the two enables orders entered into the ERP to flow into the TMS via a web services middleware system. An order number ties all the relevant data together. The order is picked, packed, and scanned, which populates the data and is sent back through the middleware into the ERP, where it’s stored. BluJay handles the carriers' integrations, White said.

Having that shipment information within the ERP creates more accurate data for the company’s finance department and its customer service department, which can more easily track orders.

Future plans include adding an invoice settlement tool so that rates and invoices can be reconciled more easily by the company’s finance department with the ERP. White also said the company will likely adopt a compliance management tool to screen for denied parties, since some of its products are firearm-related.

White said the system has allowed Vortex to handle a volume of parcel shipments in eight hours, when it previously took 12 hours.