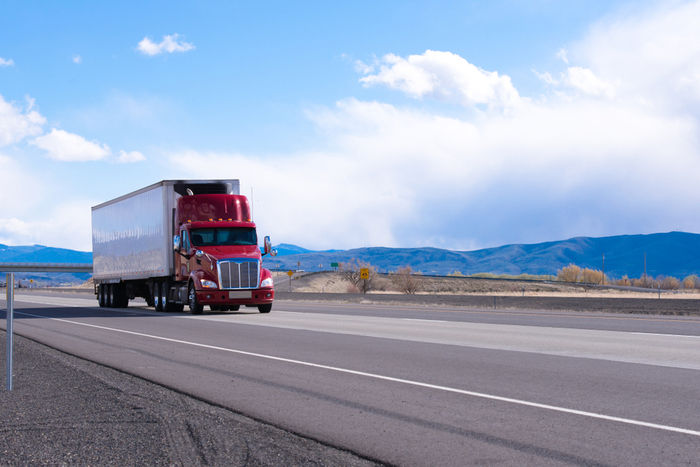 Archerhub estimates drivers lose a third of their potential drive time because loads are not sequenced for them by brokers. Photo credit: Shutterstock.com.

To Nick Darmanchev, truckload brokerage comes down to a couple of simple math problems.

For one, a truck driver needs to make $1,000 in revenue per day to make a sustainable living. And second, drivers lose about 10 days a month because loads are not sequenced in such a way as to enable continuous moves.

Darmanchev, CEO of the asset-based freight brokerage Archerhub, figured the math out during a two-year stretch running a trucking company between 2013 and 2015. At the end of 2015, he acquired a software company to memorialize the lessons learned on the asset provider side.

“Instead of focus groups and talking to owner-operators, I actually dove in and bought a fleet,” he said in an interview with JOC.com. “I wanted to understand what it takes to run a trucking company profitably.”

The time wasted between moves is what stuck out to Darmanchev on the operational side.

“Our dispatchers would get one truck from LA to Denver, and then the dispatcher would wait until the truck was empty and then book another load,” he said. “In that example, the truck would always lose one day. So that’s 10 days of the month where the truck is not moving. That’s a lot of days.”

Plenty of freight brokers — incumbents, and new digitally minded entrants — as well as broker-focused software providers are working on the problem of sequencing loads for drivers, but it remains an elusive target.

Denver-based Archerhub uses a unique model to overcome that operational roadblock to hit Darmanchev’s other mathematical obsession — the $1,000 per day of revenue a driver needs. The company doesn’t just use algorithms to match loads, it maintains its own fleet, which handles about 5 percent of the volume it moves. Those assets are there to help Archerhub cover loads where there’s been an issue, such as a sick driver.

“We don’t have a hub,” he said. “We place our trucks where our customers are. With about 5 percent of freight experiences, there’s always a ‘situation.’”

Archerhub uses a drop trailer model to cover those loads, where the driver leaves the entire trailer, avoiding live load situations where a driver would need to schedule an appointment.

“We use our assets to give recovery to our customers,” he said. “We sometimes take a loss, but we make up for that by providing 100 percent service level.”

“If I bundle the three together, I take $100 off each load. The driver is still much better off, there’s no day of not driving, and they don’t have to use a dispatcher. If [the driver] doesn’t make it to the second load, we’ll give back the $100, unless it’s their fault,” Darmanchev said. “We pass the savings on to our customer and the carrier wins because the driver doesn’t have to look for another load. Now the carrier is only concerned about what they’ll do with the truck a week in advance out of Chicago.”

The decision to try to sequence two and three moves began before Darmanchev acquired the software provider. “We decided to start pre-booking at least one day in advance. If you properly managed a load, you could squeeze $800 or $1,000 a day,” he said. “Then we tried to get three loads in advance, then took that to developers and built it out, sourcing loads from different boards, like Truckstop, on a bundled basis.”

From bundling to automating

After acquiring the software provider at the end of 2015, the goal went from bundling sequenced loads to automating that process to achieve the $1,000 a day revenue threshold to make its assets profitable. The company has been using robotic process automation (RPA) to automate its own back-end operations and is currently working on a tool that would use RPA to automate load scheduling.

“That’s my theory,” Darmanchev said. “That’s how we’re different. When we deploy this platform to match freight, dealing with the Archerhub app is different than dealing with other [freight matching] mobile apps. Not only will they be able to book freight through us, but also through other platforms. Anyone who can give us their [application programming interface], our system will look to book as profitably as possible.”

Archerhub, which has more than 500 shipper customers, won’t charge fleets to use the app to access loads unless the carrier has five or more trucks. The carrot for those small fleets is business management modules Archerhub will offer, such as accounting, something Darmanchev believes differentiates his approach from other newer digital brokers such as Uber Freight and Convoy.

“A lot of people think we need to keep the trucks in our network, but I don’t think so,” he said. “This is to create density on the capacity side. Our system replaces the dispatcher. None of the companies that operate today operate without phone calls.”

He also thinks his module gives Archerhub a leg up on pure marketplaces, since “Archerhub is a broker, so we have the tech and direct control over pricing.”

With that asset base and control over pricing, Archerhub’s approach is more similar to that of J.B. Hunt than the more recent digital-based entrants to the market. J.B. Hunt has blended its own assets with a digital freight matching marketplace, as well as a drop-and-hook program that non-asset carriers in its network can use. Convoy started a drop-and-hook program in May 2018, while LoadDelivered is another broker offering drop-and-hook, with 20 percent of its capacity tied to drop trailers.

Archerhub plans to start an external drop-and-hook program in the third quarter “as we continue to acquire trailers in the face of expected demand,” Darmanchev said.