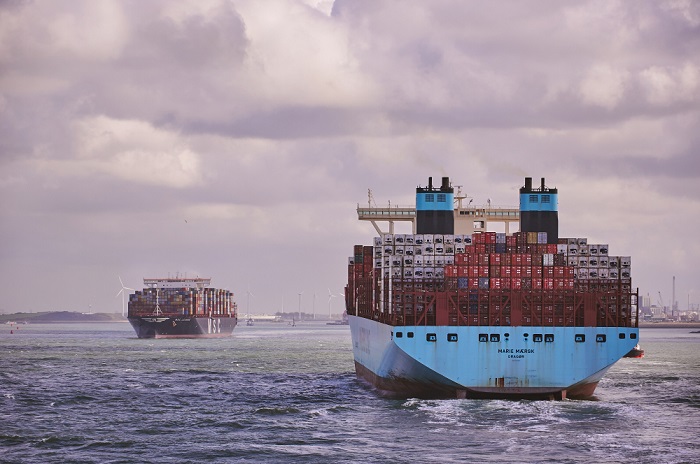 Is the container shipping industry more-ready for instant quotes than a decade ago? Photo credit: Shutterstock.com.

The viability of ocean carriers offering instant quotes and guaranteed capacity on specific sailings for shippers was questioned this week by the maritime analyst Alphaliner, pointing to the demise of Maersk’s Youship platform in 2009 as an example of such an initiative failing to get industry traction.

“More than a decade has passed since Maersk first took the initiative and tried a similar approach through its youship.com platform,” Alphaliner wrote in its weekly newsletter. “Despite calling it ‘a very successful initiative,’ Maersk abandoned the project in October 2009. Maersk said at the time that the service could work only ‘when shipping capacity was constrained.’ Although Maersk stated that the service was ‘temporarily on hold,’ the initiative was never revived.”

Hapag-Lloyd, via its Quick Quotes tool, also offers shippers instant quoting, although it does not guarantee capacity on specific sailings.

Is container shipping more-ready for instant quotes in 2018?

The question is whether the industry is more-ready for instant quoting than a decade ago. Alphaliner estimated that smaller shippers, whom instant quoting tools are designed to target, represent no more than 5 percent of total volume, and that those shippers tend to procure through freight forwarders on the Asia-Europe lane.

Alphaliner also noted that instant quoting platforms have faced operational hurdles, such as the price differential between rates offered on a digital platform versus spot rate indexes, not to mention the even larger delta between instant rates and those in quarterly to annual contracts.

Ocean carriers have also feared that exposing their rates instantly would primarily serve as a price discovery tool to underpin offline rate negotiations with rival carriers or NVOs.

Proponents of instant quoting tools say the industry is now more-ready for such technology, spurred by broader use of marketplaces and online consumer platforms and the proliferation of smaller shippers. They also say the lower cost of sales associated with instant quoting could eventually create a scenario where those digital rates are more competitive with offline quotes. In any case, instant quoting is never likely to overtake all procurement activities.

And the question of whether guaranteed capacity on specific sailings moves the needle for shippers is still unclear. Shippers have told JOC.com that instant quoting alone has some potential to replace laborious spot market procurement, but most large beneficial cargo owners (BCOs) don’t necessarily need instant confirmation of their bookings and would be unlikely to pay a premium for such a rate.

“Online pricing platforms are attractive when there are capacity constraints on trade lanes which would make it difficult for small shippers to secure attractive rates and space guarantees,” Alphaliner wrote. “However, when the space constraints disappear, it would be difficult to justify the freight premium that the majority of shippers would have to pay to enjoy the convenience of instant online freight offers with immediate booking confirmations and space guarantees compared to conventional freight booking channels.”

Instant quotes that do what?

Permalink Submitted by ferrullig@minds... on Dec 13, 2018 12:12PM EST
Instant quotes that do what? Who calls for quotes? Primarily freight forwarders who are trying to to quote to their customers who have called them for rates. The forwarders are fishing, they need to quote something to their customer, but what? They have learned over the years who quotes the highest rates, and they use them as a good guide point. What are the carriers going to put on these automated systems? The market rates? There are multiple markets dependent on volumes, so no. The highest rates? Maybe, but that won't attract cargo. Somewhere in between? Maybe. An interesting dilemma.
Technology
International Logistics
International Logistics›Logistics Technology
Maritime News
Maritime News›Container Lines
Africa
Asia
Australia/Oceania
Europe
Middle East
North America
South America