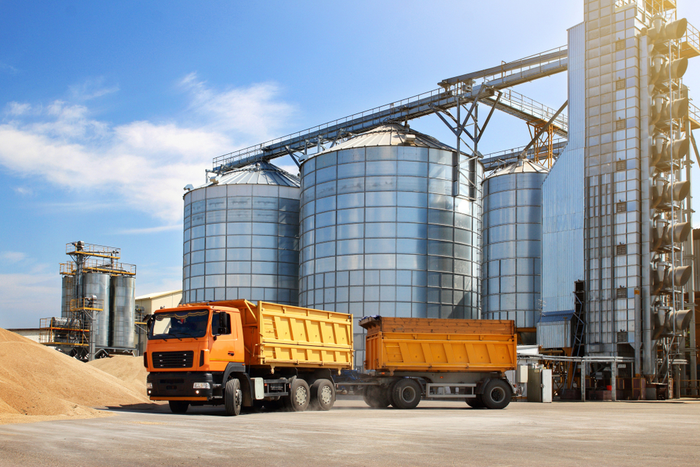 Commodities exporters face margin pressure from inefficient documentation flow in logistics and compliance, a problem that software providers believe can be solved through digitization and automation of documentation. Photo credit: Shutterstock.com.

A software startup that focuses on helping commodities exporters digitize and automate their logistics and global trade processes has snagged a $4 million seed round of venture capital funding from a host of investors, the company said Tuesday.

San Francisco-based TradeLanes’ software sits somewhere between the traditional categories of global transportation management systems (TMSs) and global trade management systems (GTMs), focusing on what founder and CEO Vijay Harrell calls trade execution. The concept behind the software is that if commodities shippers can reduce costly administrative burdens related to shipment management and trade compliance, they can increase their margin on individual shipments.

“We hold the contrarian view that trade execution — the process from the moment a sales contract is written through to the moment of delivery at destination — can be turned into a competitive advantage,” Harrell said in a statement. “This drives the cost of goods sold (COGS) margins for exporters, and that’s what we optimize.”

TradeLanes, founded in 2015, has largely operated under the radar, having raised $1.9 million prior to the latest funding round. The company’s initial customers have been in the dairy, grains, meat, and cotton sectors. It plans to use the funding to broaden its reach into other commodities segments, such as chemicals, timber, and mining.

From a freight perspective, TradeLanes helps shippers manage their maritime transportation legs, with a focus on containerized logistics.

“Customers who get the concept are those that understand that they make revenue on the contract, but they’re making margin on whether they execute it well,” Harrell said. “During that process, you either make or lose margin. We’re shaving away the COGS at every point of the transaction. By having full visibility of inventory, you’re pricing better. By allocating from the right spot, you’re saving on transportation. Along the whole way, you’re picking up savings or optimizing margin you wouldn’t have and the savings are coming all along the handoffs.”

Somewhere between TMS and GTM

TradeLanes is entering a space that has largely been occupied by incumbent global TMS and GTM providers that focus on similar elements. But Harrell said existing solutions in those two software categories tend to focus on freight management or trade compliance functions from a purely logistics perspective, not from a buyer-seller of goods perspective.

The company has found that if a customer, for instance, is managing 10 shipments concurrently, each shipment has an average of 40 to 50 tasks or decisions associated with it. That translates into 400 to 500 “risk points.” Those risks come primarily from a reliance on parallel but unconnected systems and manual handoffs of data that drive inefficiency and inaccuracy, he said.

TradeLanes can be used as a primary system or can be offered as a plug-in extension into existing commodity trade risk management (CTRM) systems and enterprise resourcing planning (ERP) systems. Ocean carrier connections come via existing platforms such as CargoSmart, Infor Nexus, and INTTRA (now a part of E2open).

The solution is offered via a fixed annual subscription that is calculated based on volume. All of TradeLanes’ customers are JOC Top 100 US exporters, a company spokesperson said, although she declined to name specific customers or how many customers the company currently has.

“If you’re thinking about getting goods delivered in a profitable way, it starts with a contract between the buyer and seller, and then you set your business goals,” Harrell told JOC.com in a February interview. “We’re aiming to reduce 80 percent of administrative costs of a trade.”

That reduction in administrative costs is tied to reorienting documentation at the outset of the transaction from paper to electronic. Harrell said commodities shippers tend to be overwhelmingly reliant on paper-based documentation.

“We’re not a GTM and weren’t not a TMS,” he said in an interview in early September. “We’re going after something that everyone has known is a problem. Our non-consensus view of the world is being validated and resonating with the industry. That’s what the round means to me.”

Global Shipping Outlook: A Sneak Peek at 2021
Port Performance North America: Managing Cargo Flow During a Pandemic — and Beyond
END_OF_DOCUMENT_TOKEN_TO_BE_REPLACED