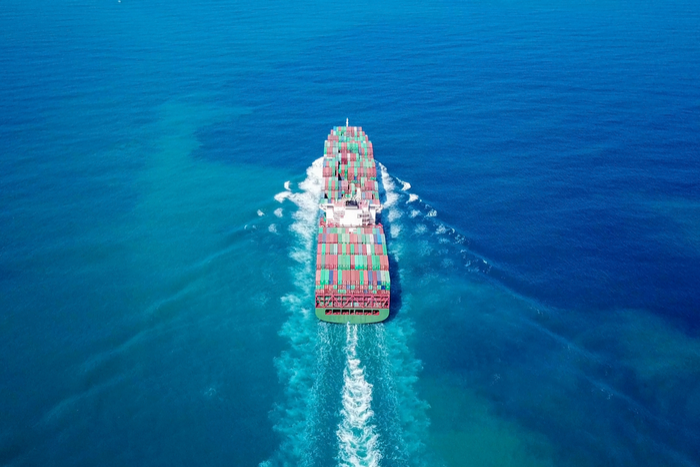 It’s hard to call tracking and tracing of freight an innovation at this point, but most shippers still struggle with pesky details related to completeness of information and the ability to procure such tools, providing an opening for global transportation management systems (TMS) to streamline the customer experience.

Global TMS provider Haven, for example, is attempting to address those issues, as well as ease of use and cost, with a new track-and-trace ocean product it says covers freight from purchase order to delivery at the container or shipment level.

In a briefing with JOC.com, Haven CEO Matt Tillman said his software-as-a-service (SaaS) company, founded in 2014, learned from its customers that they struggled with basic elements of cargo visibility. While visibility is often conflated with transportation management, they are not the same. TMS providers generally offer some degree of visibility, or partner with outside providers that give their customers such capability.

“The big problem in this space is that vendors limit you to their network of providers,” he said. “They get tracking information from 45 of the top whatever carriers, and even if that represents 98 percent of trucking in the US, you still have to manage that 2 percent with people, and that’s highly inefficient. You’ve spent $15,000 on a system and you can’t use it for everyone.”

Another issue Haven set out to solve with its standalone product, which is available to shippers and logistics companies, is masking the inconsistencies between data formats, inconsistencies that often crop up even with the same piece of data from the same provider.

“That doesn’t just hurt the logistics team, it hurts finance, because there’s an invoice that needs to be paid and if there’s conflicting information, it takes time and people to resolve those conflicts,” he said.

Tillman said, for example, that a 315 container status message from a carrier provided via electronic data interchange (EDI) might conflict with information from a carrier’s website, or even a direct email notification to a customer.

“The industry is obsessed with 315s, but isn’t it a failure of the industry that you have to quote the number of the message that contains your own data?” he said. “Sure, technology integrators will have to care about it, but users want to forget about it. I can’t think of any bankers who quote SWIFT [Society for Worldwide Interbank Financial Telecommunication] message numbers to their customers.”

Then there’s the issue of ease of consumption. Tillman said customers told him visibility platforms tend to take time to implement and are then difficult to disentangle from. The length of implementation and resultant stickiness compels visibility providers to charge what he called hefty annual fees.

“The software sales cycle gets longer as the price gets higher,” he said. “As the shipper, you want a tracking solution, even knowing it only covers certain modes or providers, but you don’t have an evaluation cycle beyond the three-week [proof of concept]. If you want [the instant messaging software] Slack you sign up for Slack, and when you don’t want it, you cancel Slack. We wanted a SaaS consumable product so that it can be quickly and inexpensively adopted within an organization. There’s so much friction within the market, and that buying experience isn’t like any other product they use, because everybody uses some SaaS product today.”

Tillman said the product is built around Haven’s ability to harmonize the formats of externally collected data, but also on proprietary Automated Identification System (AIS) vessel data the company collects in real time. Data from 65 ocean carriers is available through the service, and customers can sign up to receive further data from 1,200 other logistics services providers and air and surface transportation carriers the company has added through existing customer integrations.

“There’s typically an additional cost to do every EDI integration,” he said. “You have to get the carrier and software to play nice, and the shipper [in bringing the carrier and software provider to the same table] is basically doing business development for the software company” because the software provider can then leverage that carrier connection as a means to entice other shippers. “We have more data points than the other providers in our space because we have both the direct feeds that they have, the direct satellite feeds, and first party website data.”

It can be cumbersome to integrate as well, and some providers won’t integrate at all, he said. For instance, a shipper using the forwarding division of a major global integrator for its visibility would have a tough time convincing another global integrator to provide its data to a competitor through an integration. The same issues play out among large global forwarders. “Track-and-trace software has not normally been vendor-agnostic,” Tillman said.

As visibility has transitioned from a “nice-to-have” to “need-to-have,” the number of providers offering cloud-based SaaS platforms has mushroomed, from container visibility provider Crux Systems to project44 and FourKites, the latter two startups that emerged as truckload-focused tools with current ambitions to be global visibility providers.

For instance, project44 said this week it has started offering customers what it calls a Visibility Operations Center, which pulls multimodal data (some proprietary, some external through partners such as Crux) and lets shippers customize the workflow to focus on which data points are most important.

FourKites, meanwhile, released a product this week designed to use visibility to help customers increase the number of on-time deliveries from their domestic carriers by anticipating potential bottlenecks and recommending course corrections. The so-called Recommendation Engine “uses a combination of historical data - such as average dwell at origin facility - and real-time transit conditions - such as traffic and weather - to make proactive recommendations in real-time to mitigate potential problems,” the company said. The tool would most likely be pulled into a TMS to help shippers manage those issues.

Track-and-trace is also important to over-the-road carriers as a way to differentiate in a fragmented market. The digital freight broker Opus9 said this week it partnered with fleet management software provider FleetUp to integrate FleetUp’s electronic logging device (ELD) into its platform. The ELDs are discounted for carriers participating on the supply side of Opus9’s platform, and the resultant visibility enabled by the devices is provided to shippers.