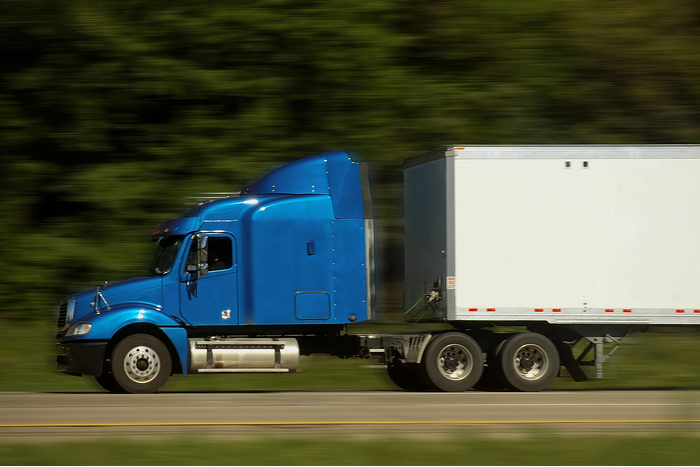 Digital platforms are giving shippers more options than ever to lock in truckload spot capacity on a more strategic basis. Photo credit: Shutterstock.com.

Predictive pricing models in freight are de rigueur, but such tools are generally confined to providing informational guard rails around short-term rate levels. The full truckload marketplace Transfix, however, is using its own predictive pricing capability to guarantee spot rates up to one year out.

The company has opened up to its customers a pricing tool called TrueRate, an engine Transfix has been using internally for more than a year to gauge what it considers the “true market rate” on 18,000 lane combinations.

“Everybody is right and wrong at the same time,” Transfix CTO Jonathan Salama said in an interview with JOC.com. “If I predict a rate from Chicago to New York is $1,000 and somebody predicts their cost is $2,000, they’re both right, but the market rate means someone or both are wrong.”

Using a machine learning model that factors in demand, weather, and fuel prices, among other inputs, Transfix enables a user of its marketplace to price lanes with the company for one load or “thousands of loads,” Transfix CEO Drew McElroy told JOC.com.

“With the market beginning to tighten, and future leverage not assured, we want to get shippers thinking about options resulting from innovation like this before they’re really in the thick of a market swing,” McElroy said.

The difference between Transfix’s model and those of others providing predictive pricing is that Transfix guarantees its load will be covered by carriers, regardless of whether the market turns. That essentially signals the company’s confidence in its ability to price effectively.

“It’s not about what’s right for the shippers and carriers, it’s the true market rate,” Salama said. “There’s a delta between that shipper and carrier rate. They will never overlap completely.”

Salama said shippers can use TrueRate to book loads, or as a benchmark against their existing rates.

“If you go to the spot market and our rate is saying $1,000 and you’re finding $700, you should scrutinize that rate,” he said. “Will it be picked up? Then there’s the issue of how much do they want to be sure the shipment will be picked up and delivered on time. If this is a shipment they care about, contract is probably the right path. Then they may want to use this as a benchmark tool. It’s leverage that shippers haven’t had in the past.”

The TrueRate offering harkens back to a discussion McElroy had with JOC.com in early 2019 about the relevance of freight futures as a hedging tool for shippers. McIlroy posited that if shippers could get guaranteed spot rates from a broker or freight marketplace months out, there would be little need to play in the futures market.

Another alternative to traditional contracting or the futures market for shippers is New York-based Leaf Logistics, which provides a platform that allows them to lock in capacity at guaranteed rates “for days, weeks or months at a time, lane by lane, short or long-haul, for base capacity or peak seasons,” according to the company’s website. In essence, Leaf’s forward contract model is designed to allow shippers to run a flexible dedicated fleet through the use of for-hire carriers.

Salama said such predictive pricing has to account for the nuances of regions and lanes in North America.

“One thing that we’ve cracked is we have a model that understands a region,” he said. “As a shipper, your market can be all over the US and each lane can be really different. Because you get the data at the lane level, your split of contract and spot becomes a ‘bottom-up’ instead of a ‘top-down’ decision. That ratio has traditionally been a top-down decision. A company will say ‘we do 80 percent contract on this lane.’ But maybe this lane should be 60 percent spot based on data.”

“When you’re not executing transactions and just ingesting transactions, it’s almost impossible to understand the noise,” he said. “That $2,000 Chicago-New York customer rate is noise. That’s obvious, but if another customer pays $50 more than the market rate, is that noise?”

Using people’s expertise to guide the model is a branch of machine learning called human-in-the-loop.

“A machine learning model gets driven by the data it ingests,” Salama said. “Humans are the guard rail for the model. You show the broker what the model believes — the rate and its confidence in that rate. The people will look at the outliers and provide guidance.”