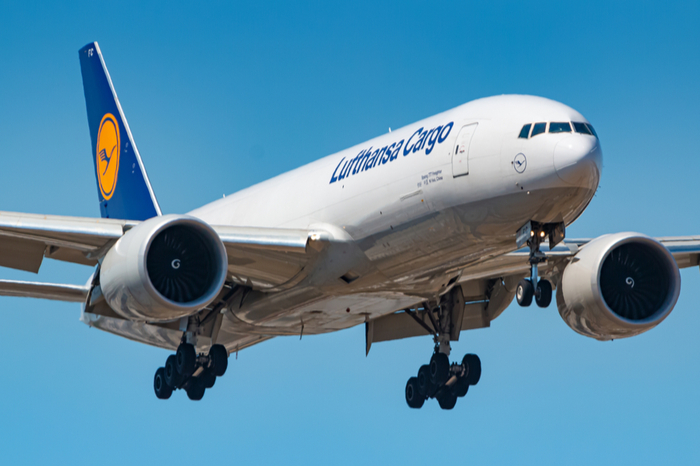 The nature of air freight quoting and booking is gradually becoming more electronic, with forwarders maintaining a role through connections with airlines and freight marketplaces. Photo credit: Shutterstock.com.

Procurement of air freight rates has traditionally been an offline experience for shippers, and one dependent on the use of forwarders.

But the environment is gradually changing to rely more on online booking and quoting tools available to forwarders via application programming interface (API). A perfect example is Lufthansa Cargo on Thursday announcing its smartBooking API, which the airline said will be used by, among others, Portland, Oregon-based forwarder Fleet.

The tool allows Fleet to offer live Lufthansa rates (with the forwarder’s markup) directly to customers. Historically, shippers have tended to work with a forwarder or group of forwarders, who then make their own decisions about which airline to use to move a shipment by air.

“APIs will play an important role as distribution and communication channels in our industry,” Dorothea von Boxberg, chief commercial officer of Lufthansa Cargo, said in the statement.

There has been steady movement the past year in forwarders gravitating toward building API connections with airlines, most notably through WebCargo, a software platform acquired by freight rate marketplace provider Freightos in 2016. WebCargo, which provides forwarders with rates from more than 330 airlines, in 2019 tied up deals with IAG, the holding company of British Airways and Iberia Airlines; Lufthansa, Air France/KLM, United Cargo, SAS, and Etihad. Those partnerships, of which the IAG, Lufthansa, and Air France/KLM feeds are currently live, allow WebCargo to convey live rates to forwarder customers, to then allow them to quote shippers.

Eytan Buchman, chief marketing officer at Freightos, said the 1,900 forwarders using WebCargo currently get live rates from Lufthansa. “There are definitely fewer that directly mark those up and then provide pricing and capacity in real-time on to their customers,” he told JOC.com.

“We’re nearing the point on the airline side where API pricing — and, slightly less so, capacity — are table stakes,” Buchman added. “Unlike on the ocean side, possibly due to the urgent nature of air cargo and the fact that most airlines are doing a good job at pushing their buyers to their website, forwarders are actually picking up online pricing and e-booking at a pretty strong clip. All that means that live air cargo pricing is going to become ubiquitous. Fast.”

Fleet started out in 2014 as a sort of “Yelp for freight,” a platform where shippers could rate their experiences with forwarders. It was called Shipstr at the time. That eventually morphed into a new name and a new model — a marketplace where shippers could solicit quotes and documentation from a group of forwarders and other transportation and trade service providers posting their services on the Fleet platform, all via API.

Fleet pivoted in 2018, when it became a forwarder itself, joining a group of companies founded in the 2010s that are collectively known as digital forwarders, such as Flexport, FreightHub, iContainers, and Zencargo.

“The smartBooking API is a significant advancement as it is one of the first air freight APIs to bring together spot rates and capacity,” Fleet CEO Max Lock said in the statement. “This makes the process more efficient and lowers the barriers to process an entire shipment from door to door solely through technology.”

Fleet COO Michael Halama told JOC.com the company plans to have API connections with other airlines and “we are actively working with global airlines on this now.”

Lufthansa Cargo was the lead investor in Fleet’s $10 million series A round of funding in 2018.

Global Shipping Outlook: A Sneak Peek at 2021
Port Performance North America: Managing Cargo Flow During a Pandemic — and Beyond
END_OF_DOCUMENT_TOKEN_TO_BE_REPLACED