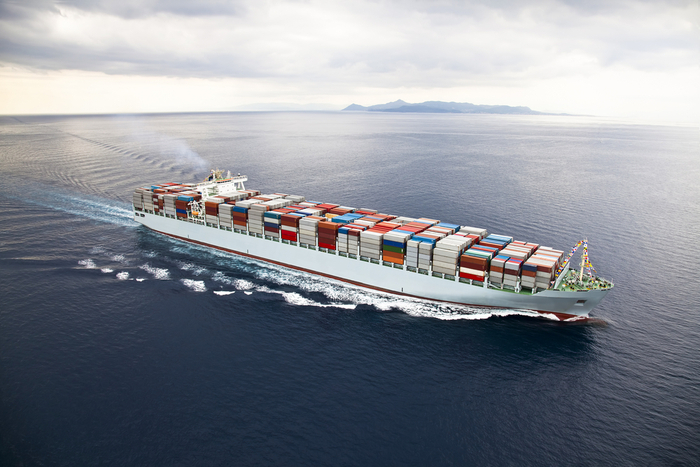 Kontainers initially was founded as a digitally native forwarder but pivoted to build online transactional tools for other forwarders. Photo credit: Shutterstock.com.

The deal, announced Thursday, is the second acquisition of a forwarding-focused technology player by an established name in logistics in recent weeks. Expeditors International on May 26 announced its acquisition of the digitally native forwarder Fleet Logistics for an undisclosed sum.

The acquisition by Descartes continues the Ontario, Canada-based software provider’s long-term strategy of purchasing bolt-on acquisitions to add to its suite of solutions for forwarders, domestic brokers, and shippers, both domestic and international. Descartes calls its portfolio of solutions and ecosystem of users the Global Logistics Network.

Descartes has long been a supplier of back-end, rate and contract management, and transportation management software for forwarders. Kontainers will give its customers the ability to tie those tools to an online customer engagement tool.

“Those that don’t move quickly to digitize their customer experience will be faced with higher costs to serve,” Descartes CEO Ed Ryan said in a statement. “Without the proper real-time connections between client-facing platforms and the quoting, rating and booking systems that this digitization brings, LSPs will struggle to efficiently meet customer demand in today’s dynamic market.”

UK-based Kontainers provides forwarders with online platforms to transact digitally with their shipper customers, in effect an e-commerce layer that sits above whatever tools they use to manage the rates they secure from carriers.

Kontainers CEO Graham Parker founded Kontainers as an online forwarder before pivoting in 2017 to provide software-as-a-service (SaaS) solutions for forwarders and container lines. The company has built online tools for Maersk, Toll Forwarding, and CEVA Logistics, among others.

It has three tiers of products, one designed for large forwarders, another for the mid-market, and a simplified version for small forwarders.

The broad goal behind Kontainers’ software is to enable forwarders to tap into growing demand for online quoting from shippers, and to lower a forwarder’s cost of sales by allowing it to digitally reach customer segments it typically did not reach.

Kontainers recently set up a strategic partnership with rate management software provider Portrix, a pact that Parker told JOC.com won't be affected by the Descartes purchase.

In many ways, Kontainers’ rise came as a result of the need of existing forwarders to combat the emergence of digitally native forwarders such as Flexport, which focused first on making the online customer experience simpler and more useful. Nearly all segments of the forwarding market have heeded the call to varying degrees. As one technology provider put it to JOC.com recently, there is currently a “groundswell” around instant quoting and dynamic pricing in the forwarding market.

Regional variations of the Kontainers model have sprouted up globally, including FreightBro in India and Logixboard in Seattle, among others.

Descartes will pay an initial $6 million for Kontainers, with up to another $6 million to be paid depending on whether Kontainers hits revenue targets in the first two years post-acquisition. Parker will remain as vice president of sales/digital freight solutions at Descartes.

Parker said in the statement the deal gives Kontainers “the opportunity to reach a broader audience much more quickly.”

“When added to the Global Logistics Network, we’ll also have the ability to offer a pre-integrated solution that combines Kontainers digital freight execution with Descartes’ rate management and forwarder enterprise systems,” he said.