Instant rate quoting not necessarily a fast track for forwarders

Instant rate quoting not necessarily a fast track for forwarders 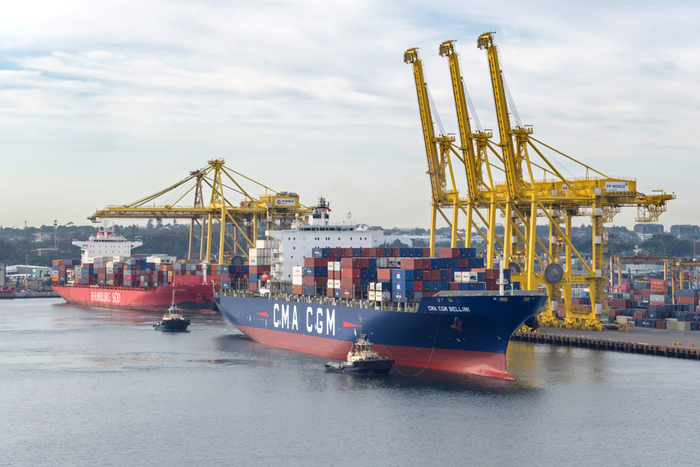 Kalgin said it turned to software-as-a-service tools to help it increase transactional ocean freight volume to ultimately account for 30 to 40 percent of its business. Photo credit: Shutterstock.com.

The lure to a forwarder of being able to instantly quote a rate to a shipper can be offset by the reality that it takes patience, and often multiple systems, to make it happen.

Take the example of Kalgin Global Logistics, an Oceania-based forwarder with 50 employees in six locations in Australia, New Zealand, and Fiji. The company set out more than two years ago to provide instant quoting capability to its customers, seeing the writing on the wall as a bevy of digital upstarts entered the forwarding space.

But Kalgin was bogged down in its attempt to quote digitally until a few months ago, after realizing such a change was dependent on hiring people who could rethink the quoting process, rather than just digitizing the previous one.

“Digital disruption was a given,” Kalgin managing director Richard Lamport said in a video interview about his company’s experience building a digital sales channel. “There were companies like Freightos, CargoSphere, NYSHEX, startup digital companies with the intention of disrupting our business. There’s a significant time investment required to really bring this thing to life. That’s something we didn’t anticipate.”

Kalgin, founded 31 years ago, was using existing software from WiseTech Global, a prominent provider of forwarding operations technology, but that system didn’t empower it to instantly quote to shippers. Two issues prevented that capability: one, the forwarder didn’t have the front end to instantly turn a rate request into a quote; and it didn’t have a source of raw buy rates from carriers, nor from Kalgin’s network of partner agents, that could be turned quickly into sell rates.

“If you were to ask 99 percent of freight forwarders out there, what is your [key performance metric] for delivering a price for a customer, the really good ones might say ‘within two hours,’’’ Lamport said. “Generally, they’re saying ‘within 24 hours’ or ‘within 48 hours.’ Our goal from the outset was there shouldn’t be any delays. It has to be instant. If we’re going to survive and be a viable service provider moving forward, everything we do has to be instant.”

The project took eight weeks from the start of the integration with Mizzen and Kontainers to the launch of its digital quoting channel in March.

“We wanted our customers to decide on a price, book it, track it, and ultimately pay for it, all online 24-7,” Lamport said. “The most important aspect of that is sourcing a price instantly. That’s always been a freight forwarder’s challenge, is how quickly can they get a price to a customer.”

Kalgin’s experience is emblematic of the way forwarders need to think about navigating the digital imperative in front of them. It generally takes more than one solution provider to provide an end-to-end digital experience for customers, and yet a significant swath of shippers still prefers a non-transactional approach to their forwarder relationships.

So, a forwarder must build its digital capability — often integrating multiple solutions to do so — to tap into smaller and new categories of customers while simultaneously keeping existing, traditional customers satisfied.

Lamport said Kalgin’s transactional business currently represents a small proportion of the company’s revenue, but that it wants to increase that to 30 to 40 percent of its overall business.

“Our goal is to capture a lot more of the transactional market,” he said. “The traditional freight forwarder is looking after customers who generally engage a forwarder for all of their shipments, so they’re not really looking for pricing for bookings on a transactional basis. There are a lot more companies out there, just with the change in buying patterns, who are sourcing and pricing on a case-by-case basis. We want to capture more of that market.”

Mizzen provides the buy rates, which get fed into the Kontainers customer interface. Once a booking is submitted, it is passed to the WiseTech Global system, called CargoWiseOne. That’s the back-end enterprise resource planning (ERP) system the Kalgin operations team uses to manage key shipments milestones. Those are pushed back to Kontainers to enable the shipper to track the progress of their confirmed shipments.

Lamport said the relationship with Mizzen has given his company the ability to source pricing, get the pricing into its system, and to “use that pricing in quite a powerful way.”