Instant quoting will be must-have for liner carriers: Maersk CEO

Instant quoting will be must-have for liner carriers: Maersk CEO 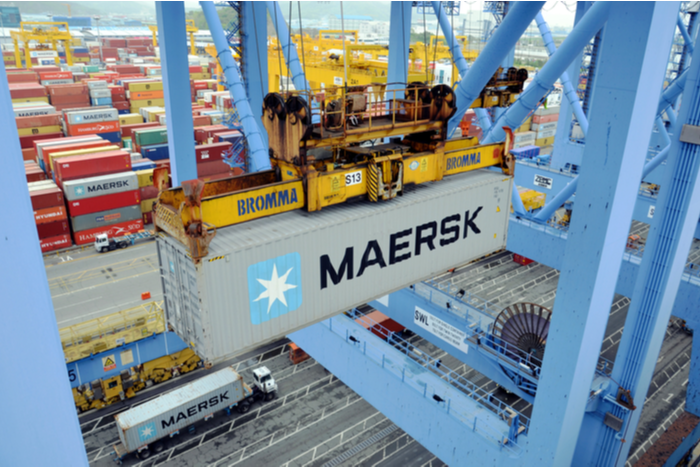 Online quoting tools allow container lines to reduce their cost of sale for spot volume, but could also allow them to collect transactional data in a structured format. Photo credit: Shutterstock.com.

Interest in digital offerings was put in stark view when Maersk revealed in mid-August that 41 percent of its spot bookings came via its Maersk Spot product, a digital quoting platform that guarantees space for shippers, but penalizes them if their cargo does not show. Maersk, conversely, pays a penalty to the shipper if its cargo is not loaded on the specified sailing.

“We see plenty of progress and plenty of potential for expansion,” Skou told investors in an earnings call on Aug. 19. “And eventually, it will be close to 100 percent.”

Skou’s comment came as he was asked whether other lines would attempt to play catch up in terms of instant quoting, but the reality is that more than half of the top container lines already have such capability.

“I think that it would be very strange if our industry would not develop in the direction that our customers buy online and then just like we do in business-to-consumer industries,” he said. “And therefore, a version of [Maersk Spot] product, in my view, will be table stakes in two to three years.”

That view jibes with discussions JOC.com has had with software providers that build instant quoting capability for container lines and forwarders. Evergreen Line, for instance, is the only container line in Asia to have publicly announced its ability to quote digitally, but sources have told JOC.com that more lines in Asia will soon follow suit.

Mediterranean Shipping Co. in July unveiled its own instant quoting platform, a tool MSC chief information officer Andre Simha said enables access in a way that traditional sales channels have not. “You need to provide more self-service tools because not all customers are created equal,” he told JOC.com. “It’s an evolution. If you want to transform this industry, you need to go in steps to make things more simple.”

Simha said MSC doesn’t expect a rapid wholesale migration of spot volume to the instant quoting platform, adding there remains a difference between instant quotes and dynamic pricing, where the price of a slot would literally change continuously.

That’s where MSC’s product diverges from Maersk Spot, where an instant quote expires in 20 minutes.

“It's in the nature of a product that you buy online that there's no differentiation on the price,” Skou said on the earnings call. “But the price changes, so to speak, all the time. It's being priced with the help of algorithms. And of course, we're looking at the uptake curve. It's very similar to how it works for airlines and the price setting for airline tickets.”

Among container lines, Hapag-Lloyd was first to market with an instant quoting tool, called Quick Quotes. According to the German line’s chief digital officer, Ralf Belusa, such tools are all about “ease of doing business,” he said on a June 23 podcast with freight rate marketplace provider Freightos.

“It’s always the same,” Belusa said. “If you’re doing a good job, if you’re providing value for your customers, if you have the right product and the right price, then you’re in the game.”

Part of a bigger platform picture

Belusa said container lines and forwarders need to think about where they fit into what he referred to as “multi-sided platforms” such as Amazon and Alibaba, because “there cannot be 50 million platforms.”

The implication is that container lines need the capability to price ocean freight in a way that dovetails with such platforms, whether a shipper uses a quoting engine on a carrier website or if that engine is somehow infused into a multi-sided marketplace. Alibaba, for instance, has already integrated Freightos’ freight rate marketplace into its platform, while many logistics technology experts expect e-commerce platforms such as Shopify to similarly interface with providers of ocean capacity.

It’s also possible that the COVID-19 pandemic has been just the catalyst necessary to induce more online quoting traction, given remote work environments require more browser-based and distributed decision-making. Even if the pandemic has given a boost to Maersk Spot and Quick Quotes for shippers looking to lock in guaranteed capacity, Skou suggested there is staying power in the concept.

“It's possible that there has been a bit of, if you will, flight to safety that has benefited us,” he said. “But we are 100 percent convinced that the ease of use of the product is such that the uptake is driven by this just being a good product and that we will continue to see growth in the usage of that product.”

Gravitating toward online quoting tools not only allows container lines to grab spot volume at a reduced cost of sale, it also allows them to capture transactional data in a structured way. That could stand them in good stead as they seek to better understand demand pattern shifts and tailor their vessel deployment accordingly, proponents of such platforms told JOC.com.