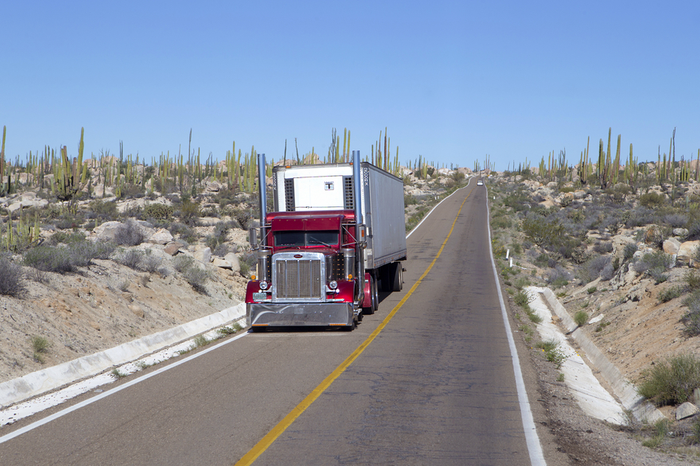 Cross-border freight marketplace Forager on Tuesday released a new version of its software that allows shippers to secure instant contract pricing for up to one year.

The new offering is another technology-driven option for shippers wanting to reduce rate volatility and minimize time spent on freight procurement. Domestic truckload marketplace Transfix earlier this year said it has the ability to price spot freight up to a year out for shippers, while Leaf Logistics offers a platform for binding long-term contracts between shippers and carriers or brokers.

Forager targets a less saturated niche in the market — cross-border truckload freight flows between the United States, Mexico, and Canada. The ultimate goal is to provide a marketplace for freight between North America and Latin America, founder and CEO Matt Silver told JOC.com.

“We want it to be a [software] tool and a marketplace in one,” he said.

Giving shippers the ability to lock in contract rates instantly lets them get the benefit of volume discounts while in an electronic procurement environment, Silver said. The upgrade to Forager’s product, called Scout, also allows shippers to enter lane frequency by day, week, month, or year. Shippers can select a start date with an option to close out a project or keep it open for recurring shipments.

Silver acknowledged that small and mid-sized cross-border shippers are the ones most likely to partake in the instant contract offering, with enterprise shippers more likely to tie up contract rates directly with brokers and for-hire carriers that handle cross-border shipments.

But Silver’s concept is to create density in the marketplace by giving enterprise shippers access to better cargo visibility through the platform. The idea is to also allow those enterprises to tap into cross-border capacity — spot or contract — via an application programming interface (API) or electronic data interchange integrations with the transportation management systems (TMSs) enterprise shippers use.

“The real benefit is one of scope and ease,” he said. “A Scout integration effectively allows a strictly domestic TMS to expand into the Mexican and Canadian freight markets, seamlessly and exponentially increasing the established TMS’s capabilities with zero learning curve.”

Forager has already landed Samsung as a customer, with other shippers Silver declined to name using the platform.

The contract freight offering builds on Forager’s existing instant truckload spot quoting capability. The goal is to eventually automate the entire process, to reduce the amount of time shippers spend on procurement. That automated marketplace would pull in customers’ loads via API or electronic data interchange (EDI), and enable whichever of a range of automated services — from quoting, booking, and tracking tools — they need for their cross-border shipments.

Forager is banking on the ease of use of its platform, and the level of visibility it provides for hard-to-track shipments in Mexico, to drive usage of its marketplace. The company shifted from becoming a pure tech-enabled broker to its current focus on the back of a $10 million funding round earlier in 2020.

“Less directly, a Scout-integrated system also gets all the benefits of the network effect of our marketplace while [allowing an enterprise shipper to never leave] their home TMS,” Silver said. “The more volume built in our marketplace, the better the density, which draws in more supply, ultimately helping drive cost down. Our network matches the footprint of most Fortune 500 shippers due to the way most businesses have set up their manufacturing in Mexico, so this flywheel effect benefits all shippers who land within those trade lanes even if they don’t use Scout directly.”

Global Shipping Outlook: A Sneak Peek at 2021
Port Performance North America: Managing Cargo Flow During a Pandemic — and Beyond
END_OF_DOCUMENT_TOKEN_TO_BE_REPLACED