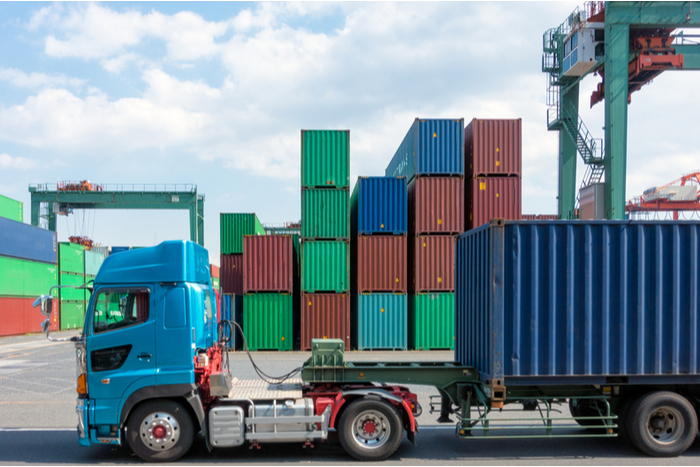 Multiple technology providers and investors have trained their sights on the drayage industry, seeing it as a critical node in supply chains that has been digitally underserved. Photo credit: Shutterstock.com.

A Los Angeles-based drayage marketplace provider on Wednesday landed its second funding round in just over a year on the back of growth in demand for automating the match between container and available capacity.

Dray Alliance has received $10.2 million from investors to automate the nature of drayage transactions and the management and visibility of drayage legs through the company’s technology platform.

The company will spend the funding primarily on engineering — “building the things that customers have asked for,” CEO Steve Wen said in a briefing with JOC.com Wednesday. That includes more visibility into moves, integrations with container terminals, and geo-fencing around terminals.

Dray Alliance currently provides drayage services in the ports of Los Angeles and Long Beach. The company told JOC.com it is considering expanding into other markets, depending on the needs of its shipper customers.

Shippers access a platform that gives them rates for their moves — rates that Dray Alliance has algorithmically determined based historical shipper and driver behavior — and then assigns drayage drivers using the Dray Alliance app.

“That’s where we truly aspire to be,” she said. “The more control you exert [through owned assets], the less the probability of failure. But then you end up competing with your own carriers.”

The investment is a further sign of the value of technology in the drayage industry, a long overlooked corner of containerized supply chains that has seen a flood of venture capital in recent years, most prominently through NEXT Trucking, which has raised $125 million.

Liu said Dray Alliance “aspires to be the default market maker in drayage,” adding it has built a supply base of drayage drivers organically, not through subsidizing rates or offering promotions. That, she said, has given the company confidence its rates are based on accurate benchmarks and not impacted by artificially induced demand.

“We have done beta work on our end to offer the best rate to the shipper,” Wen said.

Prior to founding Dray Alliance in 2017, Wen, who has a background in computer engineering, ran a dray provider in Los Angeles and saw the pain drivers endured. Liu comes with a background at Uber and Shyp, a now defunct “middle mile” logistics platform.

“Instead of shippers guessing status, location, and rate of their containers, Dray Alliance aggregates data from our partners to provide real-time visibility throughout the drayage process,” Wen said in a statement about the funding round. “We are helping both shippers and truckers improve efficiency, move containers faster, and eliminate friction in the container shipping process.”

The funding round was led by Matrix Partners, with existing investors Ventures, Act One Ventures, and Wonder Ventures participating. Dray Alliance raised $3.5 million in January 2019.

“In an age of hyper-competition and ever-rising expectations on delivery time and reliability, every inch of the logistics supply chain matters,” Jake Jolis, a partner with Matrix Partners, said in the statement. “We have seen the rise of digitally enabled ocean freight forwarding and long-haul trucking, yet port logistics — a $50 billion market — has been stubbornly stuck.”