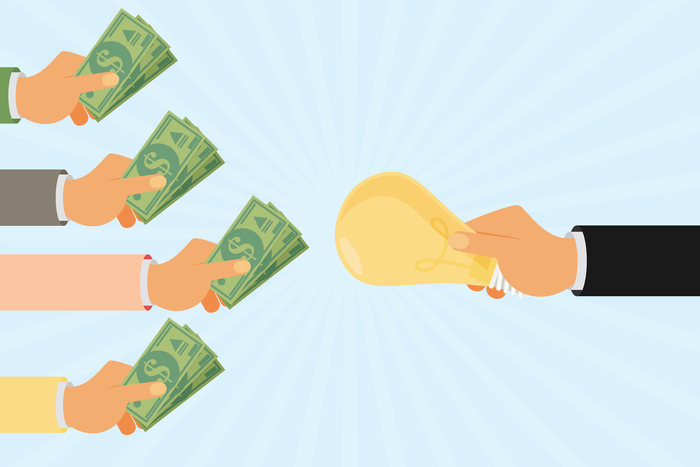 Valuations for early-stage logistics startups had started to rise on historically low levels of recurring revenue prior to the COVID-19 pandemic. Photo credit: Shutterstock.com.

The last decade in logistics was defined, in large part, by the hundreds of millions of dollars of venture capital that flowed into technology startups, and the way that money compelled the rest of the industry to invest to keep up.

Given the global state of economic uncertainty, it’s only natural to speculate that the coronavirus disease 2019 (COVID-19) will significantly restrict what venture capital (VC) is available to startups in 2020. But it’s more likely the pandemic will sharply focus the lens through which VC investors appraise the potential of such new endeavors in logistics.

To be sure, COVID-19 will drive down the average amount of money logistics technology startups can raise and the average valuation they will get after raising those funds, various venture capitalists have told JOC.com.

More importantly, it will also reset the revenue expectations placed upon companies looking to raise venture capital. In other words, a company that had $500,000 in annual recurring revenue (ARR) will only be able to raise a smaller amount of venture capital today than it would have even three months ago.

To put a finer point on this, statistics from Silicon Valley Bank, a key bellwether financial institution in the startup ecosystem, showed that the average company raising a Series A round of funding in 2019 had $1.7 million in ARR, and raised a $6 million round with a $31 million valuation, according to a startup that provided the data to The Journal of Commerce. Those numbers are not just limited to the logistics industry, but they highlight a trend that encompasses logistics through the end of 2019: higher valuations on smaller ARRs.

It’s reasonable to surmise that the valuation and ARR figures will contract toward each other in 2020, and potentially beyond, due to the broader economic impact of COVID-19. As one venture capitalist put it to JOC.com, “We are coming off the most founder-friendly period of investing in history, where VCs were competing for companies, and promising value-add even while paying super high prices.” But a global pandemic changes that balance in a heartbeat.

The coronavirus is likely to accelerate the impact other, unrelated dynamics startups in logistics technology are likely to face: that VCs in the space have already made their large investments in logistics while simultaneously gaining a greater understanding of the various business models in the industry.

“The tier-one [VC] firms all placed their bets between 2014 and 2016; only the followers are left,” a founder of a late-stage logistics technology startup, who asked not to be identified, told JOC.com.

Complicating matters further, “there hasn’t been a clear winner out of any of the tier-one bets,” the source said.

That doesn’t mean venture capital groups will turn their backs on logistics, but they will be more selective with the investments they make. It’s too much of a generalization to say they will make smaller investments with lower valuations. Instead, they will likely require startups to demonstrate more market traction to get to the same level of funding.

“In the early stage, fundamentals are not the driver of valuation,” another VC told JOC.com. “They are not as meaningful. Valuations tend to be a function of money raised and ownership the market demands for taking the risk,” as opposed to revenue growth.

There’s fuel for the supposition that logistics technology was a hot VC investment area just waiting to cool off, COVID-19 or not. Consider the Series A rounds that some of the more well-funded logistics startups received over the past five years.

Visibility provider FourKites raised $13 million in October 2016, a month after rival project44 received $10.5 million in its Series A round. The forwarder Flexport, which has raised as much venture capital funding as any single company, had a $22.1 million Series A round in 2015. Seattle-based freight broker Convoy, the leader in fundraising among domestic logistics startups, had a $16 million Series A in March 2016.

Series A is typically the threshold at which a company goes from “plucky startup” to an established industry name with something to prove. The onus is on Series A companies to create value for the logistics industry, but also to rapidly scale their business to please investors with greater expectations.

On one hand, that those four companies all had Series A rounds in 2015 and 2016 two to four times the average Series A in 2019 supports the theory that logistics as a “hot” industry may have passed. On the other hand, logistics orchestration software provider Slync.io and cross-border freight marketplace Forager both nabbed $10 million-plus Series As in March, so companies are still getting VC funding.

And valuations for logistics startups were still growing. For a company with more than $1 million in revenue, and assuming the same growth rate, team, and subscription business model, its valuation would have increased from 15 times revenue in 2015 to more than 18 times revenue by the end of 2019, according to ZenEquity. But that will also change because of COVID-19.

The revenue-valuation equation is also geographically dependent. A company with $5 million in ARR based in San Francisco or New York will get a different valuation than one in other cities. The flip side is that startups in smaller cities might get a larger investment on smaller ARR, COVID-19 notwithstanding.

“Logistics is still hot, by the way; [software-as-a-service, or SaaS] is red hot, in fact,” the late-stage logistics technology startup founder said. “But everyone is savvy to the business models now.”