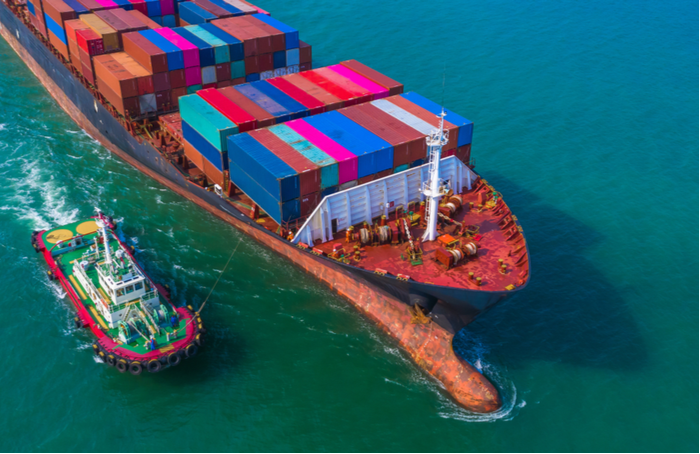 Container lines have handed off the extraction of value of the data they provide to the industry to third parties, but that's changing as they seek to create new avenues of value with BCOs. Photo credit: Shutterstock.com.

The movement of ocean carriers into the world of digital freight procurement and management products may seem — superficially, at least — like a traditional attempt to win direct shipper business away from freight forwarders.

But carriers are actually trying to redraw the rules of engagement when it comes to shipment data after years of handing off the provisioning of that data to third-party software providers and forwarders or non-vessel-operating common carriers (NVOCCs), according to several discussions on background with logistics software providers. In conversations with JOC.com, container lines executives have expressed a broader concern that some of the data they are sharing with third parties is being used against them.

Additionally, according to an emerging software provider to shippers, carriers want something in exchange for data.

“One of the big complexities in this market is finding one place for all the data,” said Loïc Marzin, co-founder and chief technology officer for Paris-based Wakeo, which supplies visibility software to beneficial cargo owners (BCOs). “Today, carriers are aware data is key. They don’t want to give you all the data, they want an exchange. Some of the biggest shipping lines, they gave the data away, but now they’re aware that it’s black gold.”

That “exchange” might be reciprocal data from the software provider, the ability to connect to a potentially new customer, or even revenue.

In the last year, several shipping lines have built internal capability to quote rates to shippers directly online, while Maersk last week said it will guarantee cargo is loaded using its digitally oriented Maersk Spot product. Maersk and CMA CGM have made it clear they intend to become broader logistics service providers and not confine themselves to port-to-port services. Seven of the top 11 global carriers are now officially participating in TradeLens, Maersk and IBM’s blockchain-based document digitization platform.

Marzin said that whereas a software company in the past might have gone to a carrier expecting to plug into its data, now a third-party company wanting data has to be asking for it from carriers on behalf of the shipper. In other words, the request for data must be tied to a discrete process related to a shipper, rather than a blanket request for access to data.

Marzin’s perspective dovetails with numerous conversations JOC.com has had this year with carriers around recognition of the value of the data they generate, and frustration that third parties create profitable business models around that data.

“We have to come to the shipping lines, whether it’s for a bill of lading or a container number of a customer, and say it’s not just us coming to collect the data and trying to sell it,” he said.

In late June, Wakeo secured 1.8 million euros in venture capital financing to build out its platform, including investment from the global technology incubator Techstars and a former executive with Bolloré Logistics. The company attempts to connect various sources of information — data from the shippers themselves, vessel automated identification system (AIS) data, physical sensor data, and data from logistics services providers (LSPs) — to create a multimodal visibility picture for its customers.

Visibility is a crowded and competitive field and would get that much more so if carriers become more selective in whom they provide data to to provide those products themselves. It also speaks to a potentially bigger question: Does freight data belong to the shipper or carrier?

Who owns the data?

“This is difficult,” he said. “We don’t know who is the owner of the data. Is it the shipper, the forwarder, the shipping line? It’s very blurry. No one really knows who’s the owner. But everyone has a bit of data, so you have to collaborate. If we can help people with our data, customers will be happy.”

Wakeo’s model is to gather as much data as possible and normalize that data between modes to provide as clear a picture as possible of a shipper’s flow of goods. Even that model is challenged by systems integrators and middleware providers that are trying to connect logistics applications in a way that appears seamless to users.

“We are only a software company, not a hardware company,” Marzin said. “We’re doing interoperability things — collecting all the data we can find on the market and creating a control tower. Everyone needs to work with middleware. If someone is saying they are covering all the ports in North America, that’s because they found someone who does that. If you want to have all the data, you need to have good partnerships. The ecosystem is so big — some people are doing port-to-port or road operations. We are trying to connect to everybody and have end-to-end visibility.”

Although its customers are all currently in Europe, Marzin said the company has plans to grow internationally given the global nature of its product and market.