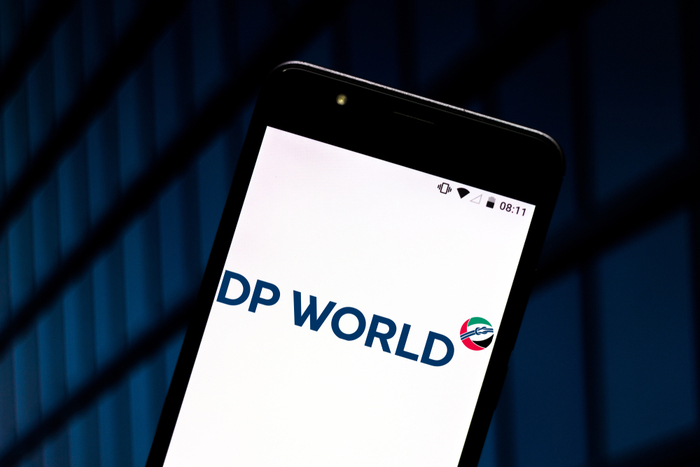 DP World has joined the digital container logistics platform TradeLens, nearly doubling the number of terminals participating in the blockchain-based technology co-developed by Maersk and IBM.

Bringing Dubai-based DP World on board represents another milestone in TradeLens’ progress toward providing what it calls a neutral network to underpin data collection and visibility for containerized supply chains. DP World becomes the third major global terminal operator to join TradeLens after PSA International and Maersk subsidiary APM Terminals.

“Our decision to team up with TradeLens is driven by our vision for intelligent logistics, reducing costs and creating value,” Sultan Ahmed bin Sulayem, group chairman and CEO of DP World, said in a statement. “DP World is working to deliver integrated supply chain solutions to cargo owners, backed by our global network of ports, terminals, economic zones and inland operations. By working with TradeLens we will accelerate the digitization of global trade.”

DP World said all 82 of its marine and inland terminals, as well as its subsidiary feeder lines, including Unifeeder, will join TradeLens. Three DP World-operated terminals, including its flagship port in Dubai, had previously been in the TradeLens network.

Joining TradeLens would seem to complement DP World’s moves over the past year to further its digital supply chain services ambitions, including the purchase of online quoting tools SeaRates.com, LandRates.com, and AirRates.com.

There are now more than 200 entities, ranging from port authorities, container lines, customs agencies, and terminal operators on the TradeLens platform.

Michael White, CEO GTD Solutions and Head of TradeLens, told JOC.com the addition of DP World “dramatically expands the [TradeLens] ecosystem,” while also adding depth to a region — the Middle East — where the technology provider already had a footprint.

“The larger the ecosystem becomes and the more connected they are, that helps to enhance global trade,” White said.

TradeLens officials have made clear in recent months their ambition is to connect as many service providers as possible in order to make the decision to join more obvious for other third-party logistics companies (3PLs) and shippers. Those providers can be asset-based, such as carriers, ports, and depot operators, and non-asset-based, such as customs agencies.

TradeLens has not publicly commented on specific participation by shippers and 3PLs.

The theory is that if all these parties are connected via a common network — or as White refers to it, a network of networks — shippers and forwarders can simply plug in to access everything from container status information to electronic documentation submissions.

DP World terminals handled 71.2 million TEU in 2019, and the addition of that volume through TradeLens adds density to the data the provider collects. DP World’s own digital ambitions aren’t hampered by its involvement, White said, because the network of networks concept relies on participating nodes to use and develop their own solutions by using data across the variety of parties involved.

“This will provide [DP World] with better access to data for shipments they’re involved in and visibility on cargo moving through their terminals, so they can better plan their operations and inform parties that depend on them,” he said.

That concept wouldn’t preclude major individual port gateways, such as Singapore, Rotterdam, Antwerp, or Los Angeles/Long Beach, from developing visibility portals or broader port community systems to enhance efficiency. In those scenarios, gateways participating in TradeLens would pull data from the platform from other entities and regions and might contribute back to the platform so other entities could similarly benefit.

“There is a huge opportunity for this as an industry platform,” White said. “We’re not going to build all the systems ourselves and we’re not going to get into the granularity of the data or products for each community.”

White acknowledged that TradeLens would also need to be interoperable with other platforms being developed, such as one led by CargoSmart and a host of container lines and terminal operators, the Global Shipping Business Network (GSBN). Of note, DP World was an early GSBN participant.