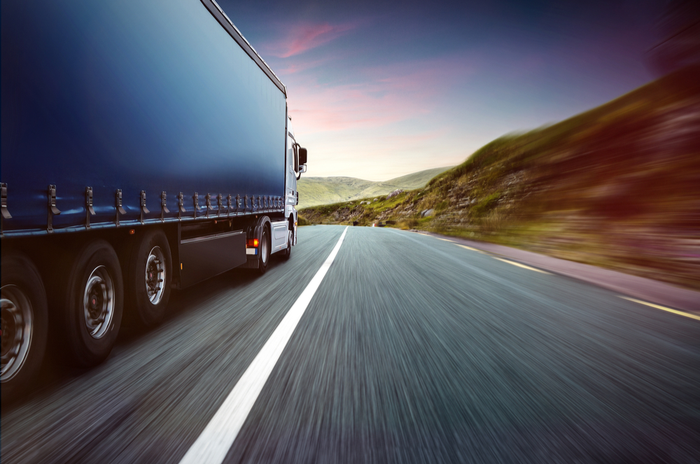 Large incumbent brokers believe they have the historical data and scale in shipper volume to build freight matching technology that counteracts innovations by startups such as Convoy, Transfix, and Uber Freight. Photo credit: Shutterstock.com.

Start-up technology-based freight brokers have made the idea of digitally matching loads and capacity a topic du jour, but larger, incumbent brokers are striking back, pressing home their advantage in managing a different scale of shipper freight volume than the startups.

The latest to highlight this advantage is Phoenix-based GlobalTranz, which on Thursday said it has begun offering a digital freight matching platform based on reams of shipper, carrier, driver, and employee behavioral data. The platform, called GTZamp (automated movement planning), focuses on turning that data into a specific set of insights: notably, to sequence multiple loads for a carrier, to predict the cost of capacity, and to forecast when capacity will be available.

The implication is that large US freight brokers that have spent years collecting data and building internal systems to efficiently match freight with supply are better suited than startups because they are dealing with volume that’s an order of magnitude larger than newer competitors. GlobalTranz has grown rapidly in the last two years on the back of seven acquisitions, and is now the eighth largest broker in North America.

Carter said GlobalTranz is aiming for a couple key technology targets in 2020. First, it plans to use its digital freight matching tools to be able to sequence five consecutive loads for a single carrier.

“This isn’t just figuring out backhauls,” he said. “The driver loves it. It’s the way they would do it if they could plan loads themselves. And the shipper loves it because they can often get a lower price.”

The second 2020 target is to spin out a transportation management system (TMS) that could theoretically be used by other brokers. Carter said GlobalTranz has already essentially segmented its technology product development resources into a standalone business within the larger enterprise, apart from its brokerage and third-party logistics (3PL) operations teams. The acquisitions GlobalTranz has made in recent years — mostly regional or niche brokers — have given it access to larger pools of data but also a wider set of behavioral patterns within those systems.

That’s enabled the company to build a system that incorporates broad feedback from customers, external and internal (meaning GlobalTranz operations teams). Carter said that range of feedback is wider than a third-party software provider — i.e., one that’s not also an operator — gets access to. Software companies can solicit feedback from indirect customers, for instance asking a broker to have its shipper customers give feedback on the platform. But Carter said GlobalTranz has all that product development feedback contained within its connected networks of shipper customers, carriers, and its internal teams.

“A lot of folks are focused on such narrow data sets,” he said. “We’re trying to take it to the next level, to capture a carrier’s specific behavior and characteristics. They want to do milk runs, or they want to roam in a certain area.”

GlobalTranz’s ambitions to provide a higher level of digital freight matching are occurring within a fast-moving space. The transportation provider J.B. Hunt’s brokerage division spun out a digital marketplace, J.B. Hunt 360, in 2017 and the company said in June at the eyefortransport 3PL & Supply Chain Summit that it now moves more than a $1 billion of freight through that platform. The startups prompting GlobalTranz and other large brokerages to develop publicly available digital freight matching tools are growing too, from Uber Freight and Convoy to Loadsmart and Transfix, to NEXT Trucking and Amazon.

The digital freight brokerage market will grow to $54.2 billion by 2025 globally, according to analyst Frost & Sullivan. For context, the size of the North American trucking market is often quoted in the $700 billion per year range.

In some sense, the development of distinct products such as what GlobalTranz launched Thursday are brokerages being forced to explicitly market technology that, in the past, they might have kept as internal, proprietary systems. In a more transparent freight environment, that technology now goes from being the “secret sauce” to “public differentiator.”

And aside from digitally-focused brokers that have arrived on the scene the last few years, there are software providers — such as Trucker Tools and Cargo Chief, among others — that are aiming to provide existing brokers with tools to incorporate shipment management, freight matching, and multiple load sequencing.

Carter said the three-dimensional network a large broker such as GlobalTranz operates enables a deeper understanding of capacity opportunities when consumed by a robust machine-learning algorithm. GlobalTranz can take shipper data (even data that reside outside of transportation systems) and use them to influence the algorithm behind its freight matching application.

For example, Carter said one of its shipper customers sends GlobalTranz data from its enterprise resource planning system, so GlobalTranz can work the impact of that shipper’s budget data, sales forecasts, and production run schedule into where and when capacity will be available for that customer. “We’re not talking here about a mom-and-pop shipper. This would be an enterprise shipper with lots of systems. We can overlay our analytics, or usually we’d just configure a control tower for them. It’s about understanding the timing and capacity and what’s the best price, and then keeping it in our network for as long as possible.”

Among the specific tools GlobalTranz said it will offer through its digital freight matching release is one called Load Affinity, where it identifies shipments that are well-suited to be combined into a multi-movement route. The Cost Prediction Model predicts lane level costs based on a wide variety of features, including historical costs and current market conditions.

“It isn’t just about the quantity of data,” Carter said, when asked whether incumbent brokers had the advantage of more years of data to feed into their machine-learning models. “Quantity is part of it, and quality is an ever-present part of this. Loads that didn’t get picked up, duplicative data. It’s also tracking movements that aren’t under our control.

“We don’t just want to know where they are when they’re with carriers we’ve assigned to them. We’re trying to correlate data that isn’t even ours. Your model has to be very flexible. There are the business rules that are built in, but there’s also capturing the tacit knowledge from our operators and then imparting that into the machine-learning model. That’s the stuff that’s really hard.”