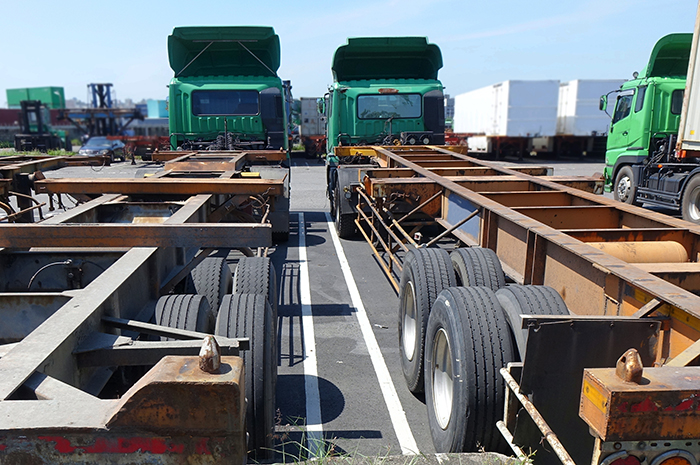 Direct ChassisLink, Inc. (DCLI) operates a fleet of approximately 235,000 chassis and estimates that nearly one in every three containerized shipments in the US uses a DCLI chassis. Photo credit: Shutterstock.com.

Apollo Funds, a part of the private equity company Apollo Global Management, has completed its acquisition of Direct ChassisLink, Inc. (DCLI) and its sister company, visibility provider Blume Global, for an undisclosed sum, the companies said Tuesday. The deal, initially announced in February, sees Apollo take control of the companies from EQT Infrastructure, which will retain a 20 percent share.

DCLI is a North American provider of domestic and marine chassis to the intermodal supply chain. Following the company’s acquisition of the domestic chassis fleet of rival TRAC Intermodal in early 2018, DCLI operates a fleet of approximately 235,000 chassis at more than 450 locations. About a third of its chassis are domestic, while the rest are marine chassis, and the company estimates that nearly one in every three containerized shipments in the US uses a DCLI chassis.

Blume, meanwhile, is an asset management and visibility platform that allows shippers, logistics service providers, asset owners, and carriers to track intermodal containers and chassis. The company, which rebranded from its former name, REZ-1, in 2018, provides technology used to track, reserve, allocate, and forecast chassis usage, and to improve billing accuracy. REZ-1 was founded in 1994 to manage the equipment pool for rail containers and later was expanded to other asset types and customers, before being acquired by DCLI in 2014.

"As we look at the global supply chain ecosystem, we believe there is significant opportunity to deliver innovation that drives intelligence and collaboration across the network and brings new value to all participants in the supply chain," Blume Global CEO Pervinder Johar said of the deal. "Our data insights, and our network, along with new technologies, are key to driving this, and investment by the Apollo Funds is foundational for our next phase of growth."

In addition to the companies' physical assets and resources, books of customers, and revenues, Apollo gains access to Blume's extensive database of supply chain information, potentially a key differentiator in a crowded visibility space.

Antoine Munfakh, partner at Apollo, said his firm invested in Blume because it combines a “startup innovation-driven mindset together” with “25 years of data and insights across global supply chain networks.”