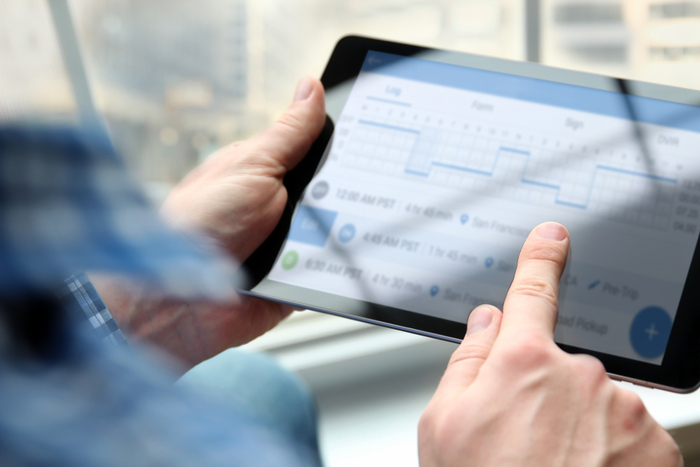 New hours of service regulations for US truckers are due to take effect Sept. 29. Photo credit: Shutterstock.com.

US regulators plan to test the impact of allowing truck drivers to stop the hours-of-service (HOS) clock for up to three hours, a change that would give drivers more flexibility and control over their work schedules.

The Federal Motor Carrier Safety Administration (FMCSA) on Friday proposed a Split Duty Period Pilot Project to evaluate the safety impact of allowing drivers to work beyond the 14-hour daily on-duty HOS limit by stopping their clocks for anywhere from 30 minutes to three hours.

That added flexibility could provide some relief for shippers as well as drivers. Although drivers are still limited to 11 hours a day behind the wheel, changes in how they manage those hours may give them more time to meet shipping deadlines, in effect creating additional capacity.

The ability to stop the clock for a three-hour break was sought by the Owner-Operator Independent Drivers Association in the most recent round of HOS revisions, and was included in a proposed rule, but dropped in final rules published in May that will take effect Sept. 29.

Under those rules and the current rules, truckers have 14 hours to complete an on-duty cycle once they start the HOS clock. They can drive only 11 hours a day. The pilot program would take changes made in the new rules a step farther by allowing drivers to stop the clock.

A truck driver could, for example, start his or her day by spending two hours on non-driving duties, drive eight hours, stop the clock for three hours to rest, and then drive another three hours and work another hour. That’s 14 on-duty hours over a 17-hour period.

“Participating CMV [Commercial Motor Vehicle] drivers would have the option to pause their 14-hour on-duty period (also called a driving window) with one off-duty period of no less than 30 minutes and no more than three hours,” the FMCSA said in its proposal, published on the agency’s website.

“This pilot program seeks to gather statistically reliable evidence whether decisions concerning the timing of such flexibility can be aligned with employers’, shippers’, and receivers’ scheduling preferences to optimize productivity while ensuring safety performance,” the FMCSA said.

Truck drivers have long complained about the rigidity of federal HOS rules, especially since the electronic logging device (ELD) mandate, introduced in December 2017, made it much more difficult to operate outside those rules.

The split duty period proposal is likely to be opposed by the International Brotherhood of Teamsters, which along with several organizations seeking tighter truck safety regulations petitioned the FMCSA in June to put a hold on its new rules and reconsider them.

Truckers have said they need that flexibility to rest when they are tired, rather than when the regulatory clock says they should. With few exceptions, truckers haven’t been able to work that long a period, legally, since new HOS rules in 2004 replaced regulations from the 1930s.

Global Shipping Outlook: A Sneak Peek at 2021
Port Performance North America: Managing Cargo Flow During a Pandemic — and Beyond
END_OF_DOCUMENT_TOKEN_TO_BE_REPLACED