US regulators add some flexibility to trucker ELD work rules

US regulators add some flexibility to trucker ELD work rules 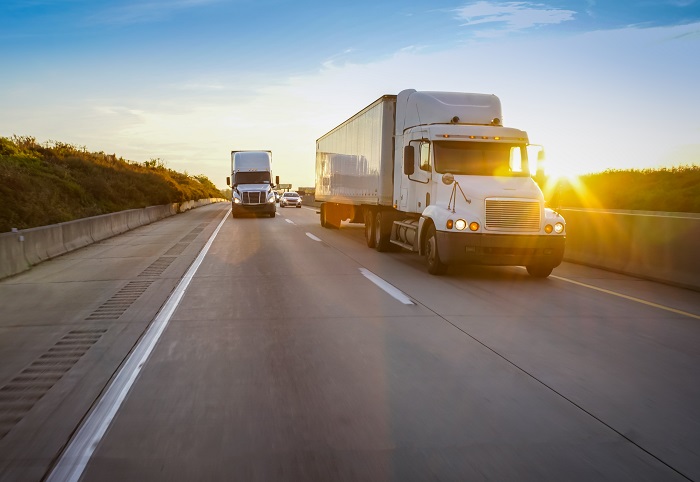 The Federal Motor Carrier Safety Administration Thursday provided guidance on when drivers can use trucks for personal conveyance, among other guidance areas. (Above: Trucks travel on a US highway.) Photo credit: Shutterstock.com.

Truckers who run out of legal driving hours while waiting to load or unload at a customer site can drive to the nearest safe parking spot without violating hours-of-service (HOS) rules, the US Federal Motor Carrier Safety Administration (FMCSA) said Thursday. That time behind the wheel can be counted as off-duty “personal conveyance,” an FMCSA official said at a press conference.

That’s a major break for drivers, and for shippers and consignees that don’t have adequate parking on site at warehouses, stores, or distribution centers. Potentially, ordering truck drivers off their property when they’ve run out of legal hours could result in an investigation and fines under the driver coercion rule that applies to shippers as well as trucking operators.

In two separate documents, the truck safety agency released long-awaited guidance that clarifies when and how drivers can use the personal conveyance provision of the HOS rules, and how the 150 air-mile HOS agricultural commodity exemption works in the new era ushered in the by the electronic logging device (ELD) mandate that took effect Dec. 18, 2017.

The FMCSA also said HOS violations have dropped dramatically since the introduction of the ELD mandate. “[HOS] violations are about half of what they were a year ago,” Joe DeLorenzo, director of enforcement and compliance at the agency, told reporters. He also said roadside inspections since April 1 indicate a high compliance rate with the mandate.

“Since April 1, of all the inspections we’ve done, less than 1 percent resulted in a violation from not having an ELD as required,” DeLorenzo said. “That’s really a no log book violation, and it would be an out-of-service [OOS] violation,” he said. That supports anecdotal reports of few shipping disruptions from OOS orders. “Things are definitely going in the right direction.”

The guidance on personal conveyance and the agricultural commodity HOS exemption gives drivers, carriers, and shippers some added flexibility at a time when tight capacity, high freight demand, and regulatory constraints have disrupted supply chains. Truck drivers, in particular, have demanded clearer instructions on how to log personal conveyance time with ELDs.

Regarding guidance, FMCSA opted for the flexible approach

The FMCSA opted for a flexible approach, rather than a rigid standard, when laying out its guidance. “It’s easy to get bogged down in a lot of scenarios,” DeLorenzo said. “Each situation needs to be looked at individually. And it is the employer, the carrier, who can make a determination about use of personal conveyance. The carrier has a right to put limits on it.”

Among the scenarios DeLorenzo raised: If drivers use their rigs to commute to work, is that on-duty time? “If you truly are going from home to the yard to pick up a trailer, that personal time driving to work is considered personal conveyance,” and can be logged off-duty, he said. The same goes for commuting between trailer drop lots and work sites and a driver’s home.

Driving straight home from dropping off a load, however, “is a continuation of an interstate move,” not personal conveyance. “Whether the company says come back to the terminal, or you’re going to your house, that’s considered on-duty time,” he said. A driver would have to return to a terminal and released from work by the carrier to then drive home off-duty.

More examples are given in the guidance, published on the FMCSA website. The biggest break for drivers, however, is undoubtedly the ability to use personal conveyance to get to overnight parking. “The reason [for the move] is to get to a safe location to get required rest. That also can be done under personal conveyance. The purpose of the movement isn’t to advance the load.”

That means a truck driver who runs out of hours because he or she has been detained by a shipper or receiver for hours at a loading dock can legally drive to the nearest truck parking area. However, “if you decide you don’t like that place and keep going in the direction of the load, you can’t use personal conveyance for that,” DeLorenzo told reporters.

“We aren’t real specific about this because there are a million different scenarios,” he said. “If there’s no parking, it’s not a reasonable safe place for you to get your rest. We want drivers to use common sense and document [what they do] in their ELD. It is incumbent on the driver and carrier to ensure they have adequate rest before going back on duty the next day.”

The guidance for using the HOS exemption when transporting agricultural commodities, which include livestock, applies to a narrower base of companies and drivers, but comes as the produce season moves toward full swing. Carriers hauling agricultural commodities within a 150-air-mile radius, about 172 miles, are exempt from log-keeping requirements.

How that exemption is applied, however, has been questioned since the ELD mandate took effect. The FMCSA reviewed several scenarios. “Any time that takes place within that 150-air-mile radius is not counted toward the driver’s [HOS],” DeLorenzo said. “That includes time spent driving empty miles and waiting at pickup sites. All that time doesn’t count.”

In addition, an agricultural carrier driving beyond 150 air miles “can take advantage of the exemption” for the first 150 miles of the trip. “Once you exit the 150-air-mile radius, about 172 miles on the road, then the [HOS] rules kick in, starting at hour zero,” DeLorenzo said. “At that point, you’ve got the full [14] hours to go. That’s a fairly significant extension.”

Each trip can only have one source, the centerpoint of the 150-air-mile radius, but several types of sites can be sources, he said. The source could be “a farm or ranch or a place where an agricultural commodity is consolidated and loaded onto a truck,” said DeLorenzo. “If you have multiple loading points, which one do you use to set the radius? It’s point A.”