US regulator warns truckers to act before ELD deadline

US regulator warns truckers to act before ELD deadline 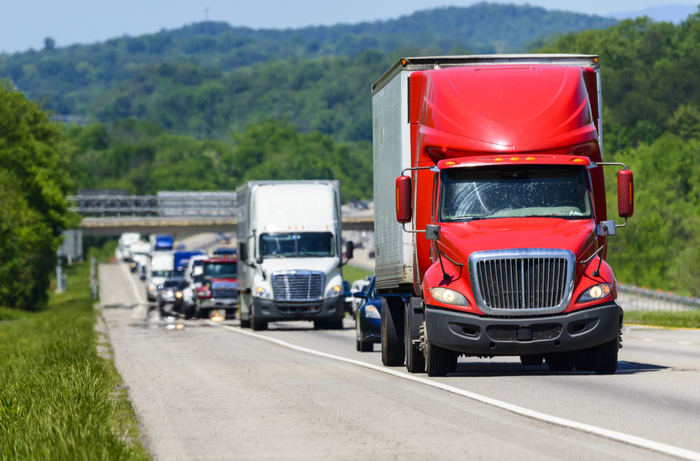 “It’s important to prepare for this transition now, and I mean now, not in October, November, or December,” Martinez said.

Older AOBRDs grandfathered under the ELD mandate introduced in December 2017 must be replaced by ELDs by Dec. 16, 2019. That likely means replacing tens of thousands of older recording devices still running in US truck cabs, as well as software.

For months, truck telematics and ELD vendors have been warning that a delay in replacing AOBRDs could lead to a truck capacity shortage this winter, much like how truck capacity contracted in the immediate aftermath of the ELD mandate in January 2018. That raises the pre-holiday stakes for retail and food shippers using trucking companies logging hours with AOBRDs.

“What I’m seeing is that carriers are still waiting to pull that switch between AOBRD and ELD, which is scary,” Andy Oleson, solutions engineer at telematics company Platform Science, said in an interview. “If they pull that switch and their supplier is not up to speed, they’re on the hook.” His concern is suppliers may not have enough ELDs available to meet demand.

“It works against the carrier if they wait until the 11th hour to make the switch,” Oleson said. “There’s such a benefit for those early adopters. They have time to build a training program, put in new policies, and give the driver access to the technology.” The switch, he said, will require changes not just to in-cab equipment, but also to the software used to manage truck driver hours.

One potential difference between the 2017 ELD and 2019 AOBRD deadline: many of the carriers using AOBRDs are larger companies that adopted the technology years before the ELD mandate was first promulgated in 2015. They’re already familiar with electronic logging, and any new trucks they’ve purchased since December 2017 have been equipped with ELDs.

That could make the AOBRD-ELD transition less disruptive. Some of the pain points were discovered early in 2018 by Old Dominion Freight Line (ODFL). The less-than-truckload carrier, which had used AOBRDs since 2010, had unexpected difficulty integrating new ELD software from its vendor, PeopleNet, into its existing fleet management and safety software.

ODFL asked for, and won, a 90-day waiver from the FMCSA that gave it time to solve its software problems. Systems that needed to be integrated with the new software included dispatch, fleet maintenance, payroll, and safety. Trucking operators still using AOBRDs need to keep that level of integration in mind.

In fiscal 2018, which ended Sept. 30, 2018, 10,671 truck drivers were placed out of service for failure to have an electronic log, whether an AOBRD or ELD. Full enforcement of the ELD mandate, using Commercial Vehicle Safety Alliance out-of-service criteria, began April 1, 2018. The FMCSA and state officials conducted 3,035,132 truck driver inspections in 2018.

By capturing more accurate and comprehensive data on driving hours, the mandate has helped the FMCSA “pivot” from enforcement toward reform of HOS rules, Martinez said. “It’s been 15 years since the last serious look at HOS,” he said. “It’s an appropriate time.” The HOS rules by the FMCSA in 2004 set the current 11-hour daily driving time standard.

Last year, the agency proposed several revisions to the rules aimed at increasing flexibility for truck drivers. “We received over 5,000 comments, and yes, a few of them told me exactly what I could do with my ELDs, but most were substantive comments,” Martinez said. “I am confident we are going to get this [final rule] out in short order. We are in the final stretch.”