US proposal to limit truck speeds would cut capacity

US proposal to limit truck speeds would cut capacity 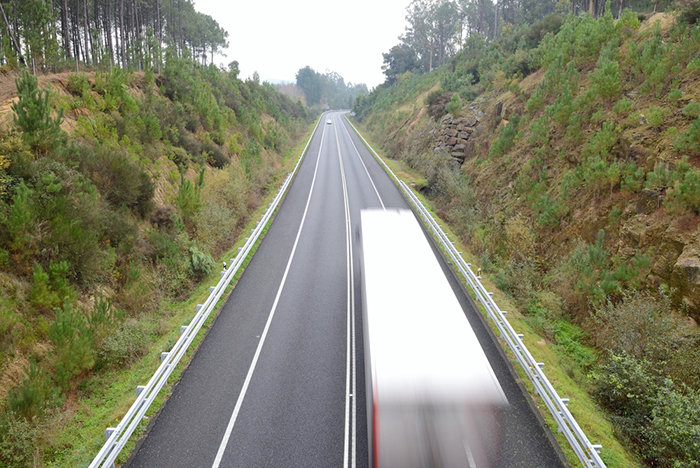 The American Trucking Associations and Owner-Operator Independent Drivers Association have different views on the merits of mandating speed-limiting technology.

U.S. regulators are moving more rapidly toward another controversial trucking mandate, proposing a rule requiring speed limiters to be installed on trucks at the factory.

The rule, when it takes effect, will set more concrete limits on how far drivers may travel per day and cut into truck capacity not by taking trucks off the road, but time off drivers’ clocks.

”In order to compensate for the increased travel time, trucking and bus companies would need to require current operators drive longer hours (within hours of service limits), hire additional operators, and use team-driving strategies in some cases,” the regulatory agencies said in their notice.

Smaller companies and owner-operators were be hardest hit, the regulators admitted. “If all of the affected owner-operators worked for trucking companies as independent contractors, they would lose $54 million in labor income,” NHTSA and FMCSA said in their analysis of the proposal’s impact.

The proposal would also save $1.1 billion in fuel costs annually and potentially save hundreds of lives and prevent thousands of injuries by reducing the number of truck-related crashes and the severity of those crashes, the regulators said in their as yet unpublished proposal.

The Department of Transportation agencies aren’t proposing a definite speed limit yet, but seek public comment on the impact of setting the speed limit at 60, 65 or 68 miles per hour.

The agencies will consider other speeds, too. “Even small increases in speed have large effects on the force of impact,” NHTSA Administrator Mark Rosekind said in a statement.

The DOT proposal would require all newly manufactured U.S. trucks, buses, and multipurpose passenger vehicles with a gross vehicle weight rating more than 26,000 pounds to come equipped with speed-limiting devices. Trucking companies would be responsible for maintaining the speed-limiting devices at or below the designated speed for the service life of the vehicle.

The federal truck and highway safety agencies would give truck and bus manufacturers three years from the release of the final rule to comply with a speed limiter mandate.

The proposal doesn’t include a retrofit requirement, but it does ask for comment on whether retrofitting should be required for all heavy vehicles built after 1990.

“NHTSA is concerned that requiring the retrofitting of CMVs with speed-limiting devices could be costly,” the agency said, especially for older vehicles with mechanically controlled engines.

Truck speed limits today mostly are set through electronic control units installed by manufacturers. ECU technology, which limits speed by controlling fuel injection, has been around for decades. Many large trucking companies already use ECUs to limit truck speeds.

The American Trucking Associations has pressed for a speed limiter mandate since 2006.

“We are pleased NHTSA and FMCSA have, almost 10 years after we first petitioned them, released this proposal to mandate the electronic limiting of commercial vehicle speeds,” ATA President and CEO Chris Spear said in statement Friday.

“Speed is a major contributor to truck accidents and by reducing speeds, we believe we can contribute to a reduction in accidents and fatalities on our highways” Spear said.

The Owner-Operator Independent Drivers Association, however, adamantly opposes the mandate, along with the mandate for electronic logging devices scheduled to take effect in December 2017.

"Highways are safest when all vehicles travel at the same relative speed," Todd Spencer, executive vice president of the OOIDA, said in a statement. "This wisdom has always been true and has not ever changed."

“No technology can replace the safest thing to put in a truck, which is a well-trained driver,” Spencer said.

The ELD mandate faces a court challenge from the OOIDA. Down the road, the attempt to mandate speed limiters may wind up before a judge as well.