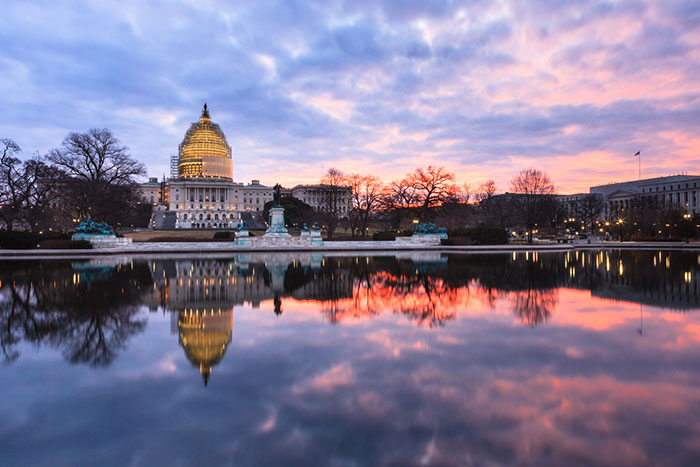 The bill’s passage marks one of the most ambitious directives on rail oversight in two decades. It also stands to increase the board’s membership, significantly impacting the agency’s decision-making process at a time when the STB may determine whether railroad giants Canadian Pacific and Norfolk Southern railways can merge.

Lawmakers in the House of Representatives Thursday afternoon unanimously signed off on the bill, which now heads to the White House for the president’s signature. The bill found similar support in the Senate, where it passed under unanimous consent in June.

The news was met with applause from both shippers’ groups and the rail industry Thursday afternoon.

The legislation “will improve how the STB works by making it a more timely, efficient and equitable regulatory agency,” said David Sauer, president of the Freight Rail Customer Alliance, a coalition of trade associations representing more than 3,500 rail shippers and their consumers.

Even the Association of American Railroads, the nation’s largest rail lobbying group and previously a vocal critic of STB reauthorization, praised the bill’s passage.

"This legislation strikes the right balance of preserving a market-based structure for shippers and railroads, while also providing common sense process improvements that will allow the STB to work more efficiently,” Edward R. Hamberger, AAR president and CEO, said in a statement.

The bill expands the STB’s investigative powers, provides additional funding and adds two more chairs to the board, bringing the total membership from three to five.

The additional two members will allow the board to discuss matters outside of public hearings, which was impossible under current administrative rules that require open hearings if a majority of the regulatory body meets.

Additionally, the bill allocates the agency $176 million over the next five years, up from the $31.4 million the STB got in the fiscal year that ended Oct. 1 and a more far-reaching allocation than the single-year extensions the STB has received since its authorization expired in 1998.

Thune and Nelson’s bill also eliminates holdover limitation and allows for limited board meetings without initial public meeting notice, but with later public disclosure. The bill also allows the board to initiate some investigations, not just respond to complaints, and would require the STB to establish a database of complaints and prepare quarterly reports on them.

Thune and Nelson’s bill would change the case review process, too, requiring the board to establish timelines for stand-alone rate cases and a report on rate case methodology. The bill would also codify an arbitration process for certain rate disputes and carrier complaints.

Since 1996 and the dissolution of the Interstate Commerce Commission, the STB has had economic regulatory oversight over U.S. freight railroads. Run by a three-member, bipartisan board, the agency has jurisdiction over railroad rate reasonableness, mergers, line acquisitions, new rail-line construction and line abandonment.

Since 1996, however, the STB has never been reauthorized or substantively reformed.

“It’s clear there is a widespread consensus among Congress that the status quo is not working and that our country’s freight rail policies need to be updated,” the American Chemistry Council said in a statement Thursday. The group is just one of several shippers’ groups, representing everything from soybean farmers to scrap metal recyclers, that has pushed for reform.

“We applaud the House for listening to the growing concerns of freight rail customers and passing legislation that will modernize the nation’s freight rail policies,” the group said. “The bill passed today will help ensure American manufacturers, energy producers and farmers have greater access to competitive and reliable freight rail service.”