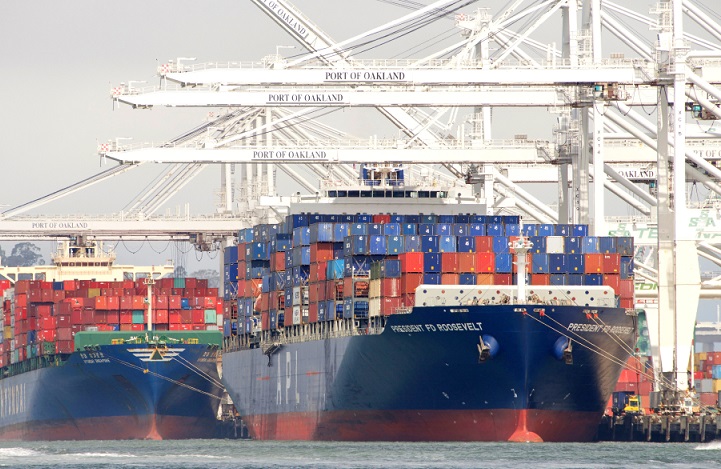 The appointments require Senate confirmation for the five-year terms expiring June 30, 2023. (Above: Ships at the Port of Oakland.) Photo credit: Shutterstock.com.

The Trump administration has reappointed a former US Federal Maritime Commissioner for another term and tapped a Florida maritime veteran to the top maritime regulatory agency, bringing the commission to four members for the first time in nearly a year.

The administration on Thursday announced the appointment of Daniel Maffei, whose five-year term expired in June, and Louis Sola, who has served on the Florida Board of Pilot Commissioners, and is president and founder of Evermarine, a major yacht dealer. Sola has vocally backed President Donald Trump, joining with other 100 business leaders to write a letter of support for the then-candidate in 2016.

The appointments require Senate confirmation for the five-year terms expiring June 30, 2023. The tapping of new commissioners comes after US shippers have urged the White House to fill the vacant three commissioner spots. The National Industrial Transportation League, a major shipper group, has argued the agency needs more commissioners to respond to a variety of issues, including a shipper-led detention demurrage petition.

The commission now consists of Acting Chairman Michael A. Khouri and Commissioner Rebecca Dye, both Republicans. The term of Daniel Maffei, a Democrat, expired on June 30, 2017, but FMC rules allow a year-long holdover period, if a replacement has not been confirmed by the Senate.

Board regulations state that no more than three members can be from the same party. Mario Cordero, a Democrat nominee and former chairman, stepped down in May 2017 to become the Long Beach port director, and William P. Doyle, also a Democratic nominee, resigned in November.

Khouri, on taking the lead role at the commission, said he would take a more cautious approach to testing its regulatory power and look more for commercial solutions, rather than the “commission coming in with a sword and looking to solve the problem.”

At the time, the commission was considering a shipper-led, rule-making petition on claims that ocean carriers and marine terminal operators charge excessive demurrage and detention when shippers are unable to remove or drop off cargo for reasons out of their control. That investigation is ongoing.