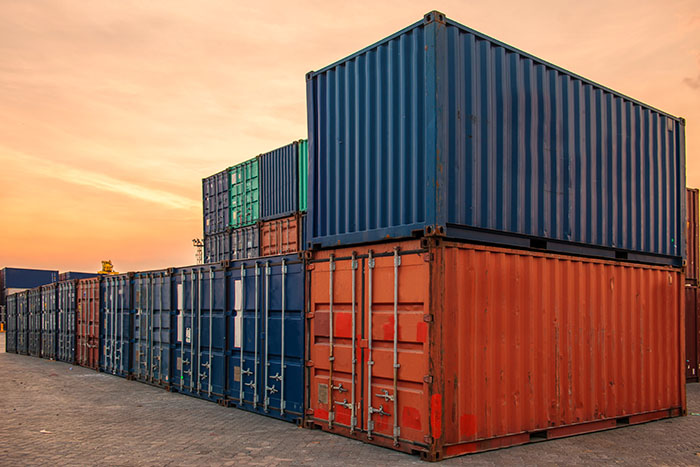 Michael Khouri was selected to lead the US Federal Maritime Commission with unusual swiftness.

WASHINGTON — The Trump administration’s tapping of Michael Khouri on Jan. 23 as acting chairman of the Federal Maritime Commission suggests the agency will take a more cautious approach to testing its regulatory power and look more for commercial solutions as Republicans are set to be the majority of the five-member commission.

Khouri, a 45-year maritime industry veteran and an FMC commissioner since 2009, has consistently encouraged ocean carriers, shippers, marine terminal operators, and others to seek commercial solutions to congestion issues, and has warned of government meddling that could impede efforts. Khouri — a Kentucky native with close ties to soon-to-be-confirmed Department of Transportation Secretary Elaine Chao and her husband, Republican Senate Majority Leader Mitch McConnell, also of the Bluegrass state — succeeds FMC Chairman Mario Cordero, a Democrat.

Khouri, who was nominated as commissioner by then-President Barack Obama, leads the FMC as it considers how to respond to a shipper-led rulemaking petition on demurrage and detention. In addition to reviewing the proposal and determining whether to proceed, the agency will also be closely monitoring the launch of three new carrier alliances on April 1.

A 25-member coalition led by the National Retail Federation on Dec. 7 petitioned the FMC to issue a rule requiring container lines and terminals to extend free time for container storage or equipment use when ports are disrupted by events outside the control of shippers, truckers, and transport intermediaries. Such disruptions can include events like Hanjin Shipping's collapse, labor disputes as seen in 2014 and 2015 on the US West Coast, or severe weather that crippled US North Atlantic ports in 2014. Ocean carriers and marine terminals counter that port delays have multiple causes and that container lines and terminals shouldn’t be required to assume all of the risks.

The FMC is collecting public comment on the rulemaking petition through Feb. 28, but no comments have been received. Once the public comment period ends, FMC staff will prepare a report for the five commissioners, putting the ball in their court on whether or how to proceed.

Khouri, who wasn’t immediately available for comment, told JOC.com in January 2016 that because the agency has “relatively limited and, frankly, meager tools” to fight congestion, he supports providing the industry platforms they can use to discuss how to strengthen commercial agreements. Although he understands shipper and trucker frustrations with demurrage and detention charges when congestion is out of their control, Khouri said ruling that they are “unreasonable charges” could be a slippery slope.

“What is the limiting principle? The field could get broad pretty fast,” Khouri said. “We need to have commercial parties coming up with commercial agreement terms, not the commission coming in with a sword and looking to solve the problem.”

Commissioner Rebecca Dye, the other Republican on the commission and a friend of Chao, who served as FMC chairwoman in the late 1980, was also considered for acting chair. Chao’s deep understanding of the agency might be why the Trump administration tapped a new acting chair so quickly when other new administrations have taken months, if not a year, to restructure the leadership to their liking.

It’s unclear whether Cordero, a former Long Beach port commissioner, will stay on until his term expires June 30, 2019. He would be able to serve another year after that unless a replacement was nominated.

The term of Commissioner Dan Maffei, who was nominated by Obama, expires at the end of June, and he could stay another year as long as Trump doesn’t nominate someone else. The term of Dye, who was nominated by former president George W. Bush, ends June 30, 2020, and the term of Commissioner William Doyle, who was tapped by Obama, expires June 30, 2018. If Trump replaces Maffei with a Republican, the make-up of Democrats to Republicans will shift from three-to-two to two-to-three.

Another agency not required;

Permalink Submitted by billw@americasa... on Jan 31, 2017 8:42AM EST
Another agency not required; Jones Act aside.