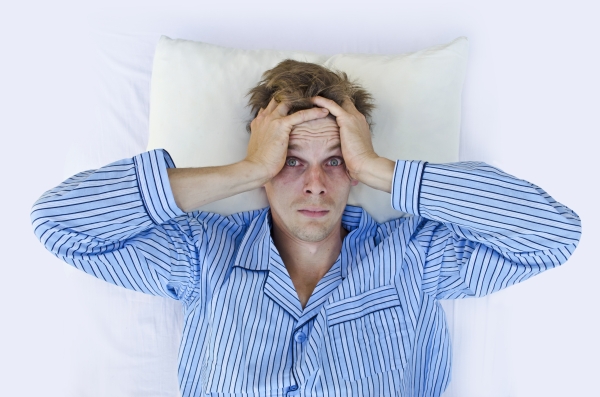 What keeps truckers awake at night? Lately, the prospect of federal “guidance” on sleep apnea testing and treatment for truck drivers.

Independent truck drivers added their voice to those demanding federal regulators conduct a rulemaking, rather than issue guidance, on sleep apnea testing for truck drivers.

The Owner-Operator Independent Drivers Association is backing a bill introduced yesterday by Reps. Larry Bucshon, R-Ind., and Dan Lipinski, D-Ill., that would require a rulemaking and full industry cost analysis for such tests.

The OOIDA joins groups including the American Trucking Associations and International Brotherhood of Teamsters that favor a formal rulemaking on the chronic health condition.

“The best policy is for the (Federal Motor Carrier Safety Administration) to use the rulemaking process already in place rather than side-stepping it,” said OOIDA Executive Vice President Todd Spencer.

“With the potential cost to trucking running north of $1 billion without the proven safety improvement, guidance is not a practice we can support,” Spencer said in a statement Friday.

“ATA believes that if the (FMCSA) wants to regulate sleep apnea, it should do so through the normal, established regulatory process rather than through informal guidance,” said ATA President and CEO Bill Graves.

Obstructive sleep apnea, a common and chronic disorder that disrupts sleep and may contribute to on-the-job fatigue, has been studied by the FMCSA for more than a decade.

According to a 2002 study cited by the FMCSA on its Web site, as many as 28 percent of commercial drivers license holders may have sleep apnea that could contribute to daytime drowsiness.

Trucking groups want a say in that process, not just guidance, and believe the formal rulemaking process is the right route for the FMCSA.

“Anything FMCSA does regarding sleep apnea should absolutely consider the costs such a policy will pass on to truckers, especially more experienced and safer drivers,” Spencer said.

It is true that sleep apnea

Permalink Submitted by MarleySwartz@ma... on Mar 27, 2015 8:58AM EDT
It is true that sleep apnea is a serious health condition having great impact on commercial vehicle drivers as well as many people too. In this condition, patient faces interruptions in breathing during sleep that causes various health issues. However for many patients, the C.P.A.P. machines manufactured by companies like available at http://www.ilexmedical.com/ are turning out very effective. It decreases daytime sleepiness, better than other nonsurgical methods and avoid lots of heart problems.
Regulation & Policy›Transportation Regulations›US Transportation Regulations
Trucking Logistics
Trucking Logistics›Labor›International Brotherhood of Teamsters
Trucking Logistics›Labor›Owner-Operator Independent Drivers Association
North America›United States